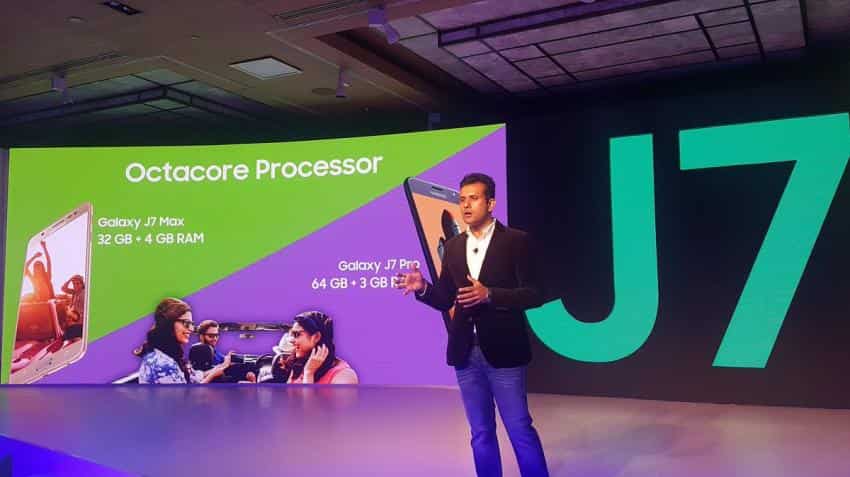 J7 Max will be available from June 20 and J7 Pro from mid-july.

ALSO READ: Samsung Galaxy J2 emerges as No 1 smartphone in India in less that 2 years of launch

The device is powered by an Octa-core Exynos 7870 SoC clocked at 1.6GHz and runs on Android Nougat. It comes with 3GB RAM and 32GB internal storage and is backed by a 3,600mAh battery.

The two new additions to the J series of Samsung sport 13MP rear camera and LED flash and a front camera that is 13MP with f/1.9 aperture and LED flash.

#GalaxyJ2017 phones come with an exciting offer! On making transactions through Paytm & UPI via SamsungPay, users get cashback worth Rs.800. pic.twitter.com/mbSLiw0Y59

"The social camera feature has been designed by Indian engineers under `Make in India` initiative," Walia said.