With Chinese players denting the company's share in the mobile handset market impacting its leadership position, Samsung had refreshed its strategy to bring its top-end innovative features to the mid-range instead of restricting those to top-end models. 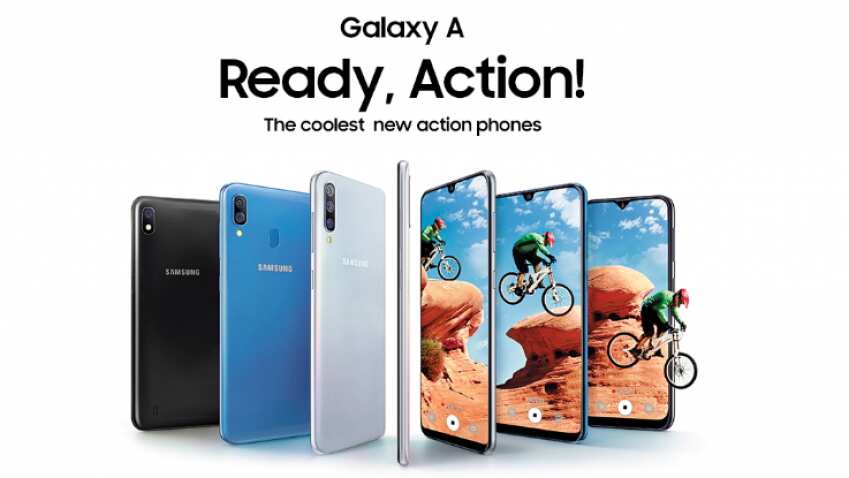 South Korean electronics major Samsung Wednesday unveiled the A80 model, the flagship of its A series mid-range mobile phones which are expected to play a key role in its efforts to wrest back lost market share from Chinese competitors in India. As part of its strategy to take on competitors such as Xiaomi, Huawei and OnePlus, Samsung had last year said it would introduce latest innovative features on its A series of devices as well instead of just the top-end Note and S smartphone series. The company is expected to launch in India the A70 model - which has already been globally unveiled soon - later this month, followed by the A80.

"The Galaxy A Series provides a range of models so everyone can choose a device that fits their unique needs and enables them to pursue their passions. The Galaxy A80 offers premium features for digital natives who want to fully engage in the Era of Live," Samsung Electronics President and CEO, IT and Mobile Communication Division, DJ Koh said while unveiling the A80 here. Samsung Electronics has set a revenue target of USD 4 billion in 2019 from its A series alone in India as compared to an insignificant contribution to its total mobile revenue of around Rs 36,700 crore in FY2017-18 when it had just two models A7 and A9 under the series.

With Chinese players denting the company's share in the mobile handset market impacting its leadership position, Samsung had refreshed its strategy to bring its top-end innovative features to the mid-range instead of restricting those to top-end models.

While Samsung usually cites GfK data, reports from other research organisations like IDC and Counterpoint have positioned Xiaomi to be ahead of Samsung (in terms of units shipped) for many quarters now. Samsung currently sells A10, A20, A30 and A50 models under the A series priced between Rs 8,490 and going up to Rs 22,990 at present in India. "The A80 will be the flagship of the A series. It has been designed to cater to the changing consumer pattern from the era of self to the era of live (video)," Samsung Electronics Regional Product Manager Adele Tan said.

Company officials said the A series will play a key role in Samsung's strategy to enhance sales, especially in the mid-range segment.

As part of the strategy, the company has planned to launch at least one new model under the series every month in the first half of 2019 in India. Among other features, the A80 has an innovative camera mechanism that delivers the same triple camera experience with the same high-resolution lens, for both front and rear. When users select the selfie mode in the camera app, the three cameras automatically pops up from the back of the phone and rotate. While the main camera is 48MP, the ultra wide has 8MP and the 3D depth camera offers Live Focus videos by scanning objects for measurement and depth.

The new model comes with 6.7-inch super AMOLED new infinity display screen with 3,700mAh battery. The A80 has a memory of 8 GB RAM and 128 GB internal storage.