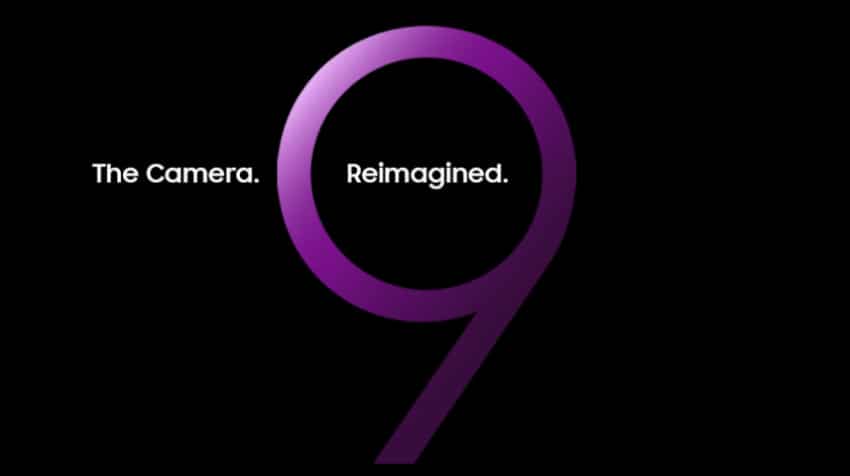 Samsung is all set to launch its new smartphones, Galaxy S9 and Galaxy S9+, today at Mobile World Congress, Barcelona. You may have already heard a few things about the new phone through myriad leaks, but if you want to know the key features you are at the right place.

According to t3.com, the five most important leaks so far about the Samsung Galaxy S9 and S9+ are:

1-Samsung has punted about a lot of photos teasing a new camera on the S9 and S9+ which is going to change how we look at smartphones as cameras. All that hyperbole essentially boils down to a super slow-motion camera.

2-New way to share emotions via text is using Animoji, or at least that’s what Apple wants to happen. A competitor version of this from Samsung could just help push that into reality. Samsung is rumoured to launch similar but slightly different 3D emoji in the Galaxy S9 and S9+. Read on to find out what to expect.

3-The rumour mill has already churned out the chips that Samsung plans to pop in its new Galaxy S9 and S9+ handsets. A new Qualcomm Snapdragon 845 CPU or Samsung Exynos 9810 are just the start of what to expect.

4-Face ID is up and running on Apple’s iPhone X but Samsung, never to be outdone, appears to be launching its own version on the Galaxy S9 and S9+. This should require new front facing camera hardware so expect this to get a lot of attention at the launch event.

5-The new smartphone from Samsung is going to be priced high, as the iPhone X has already set a new level with its price tag.

Don't miss the moment that changes everything. ♥ this tweet to receive reminders about our #Unpacked livestream on 02.25.2018. pic.twitter.com/nWC3wCMlyY

As the new devices are likely to showcae novelties and innovations, Samsung has given adequate hint through its launch video, which managed to sneak out in public a little bit early.

The video purporting to be an official Samsung Galaxy S9 launch video appeared on YouTube, and it focuses heavily on how the S9 can be used for work.

The three-minute movie uses the tagline 'The Phone. Reimagined' and shows off the new S9 and S9+ in more detail while confirming some previously rumoured features, said theverge report.

In the video, available on youtube, one can see the phone being docked on a DeX pad to provide a full-screen PC-like experience as well as a mention of the dual-screen multitasking capabilities, an Android Enterprise edition of the Galaxy S9 and the new Knox security feature.

The video also confirms a new AI feature called Bixby Live Translation, which translates the text in images taken by the phone's camera. The feature is shown being used to translate a message in a data centre.