Samsung topped smartphone shipments in the second quarter of this year however its volume growth rate was flat. 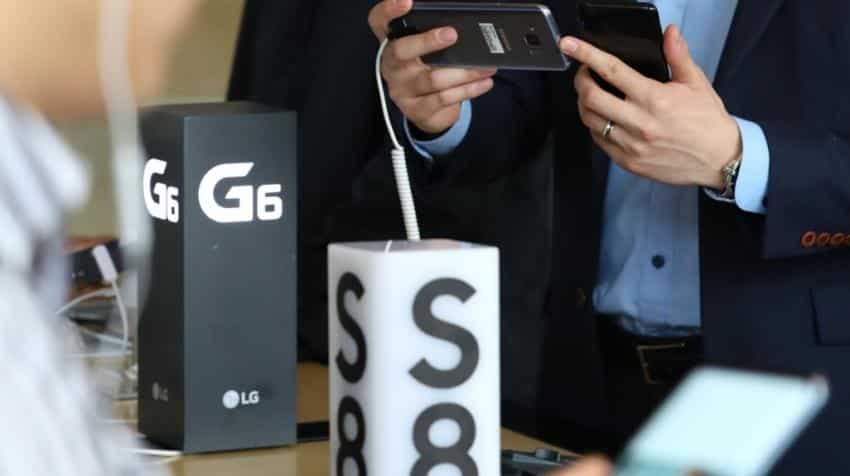 The report attributed its 'relatively flat' volume growth to the pricing of the Samsung Galaxy S8.

“Shipments of the S8 have been strong in some regions, but there are signs that demand has been overestimated,” said Canalys Senior Analyst Tim Coulling.

“Canalys’ channels research has revealed inventory buildup in Europe, which when combined with discounting in the US, indicates Samsung may be testing the limits of Android smartphone pricing," he said.

"As Apple looks to refresh the iPhone, even with its unique user experience, it too must justify any significant price increases with tangible improvements to both feature set and design,” Coulling said.

“Apple held on to second place by shipping 41 million (4.1 crore) iPhones, increasing its annual shipments volume by 2%, despite anticipation building for a significant product refresh later in the year,” the report added. 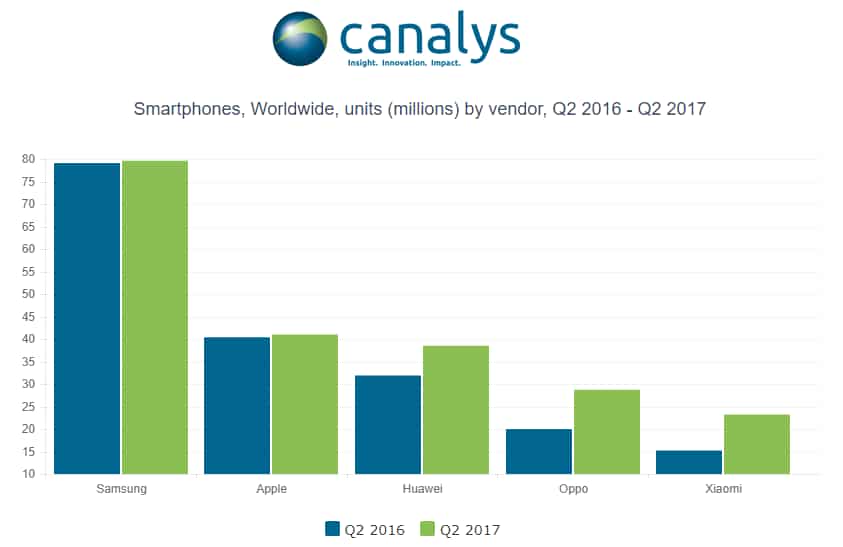 The next most popular phones were all from Chinese branded companies of Huawei, Oppo and Xiaomi.

“Worldwide shipments of 38 million (3.8 crore) units, growth of 20% for Huawei, helped it close the gap with the leading pair and get within 3 million (30 lakh) units of taking the second place from Apple. Oppo and Xiaomi were the top performers in fourth and fifth spot, growing shipments 44% and 52% respectively,” the report added.

In the first three months of 2017, 34 crore smartphones were shipped which the report said was an increase of 4%.

“The smartphone market continued to grow in Q2, despite India and China both slipping into decline,” commented Canalys Research Analyst Vincent Thielke. “Smartphone shipments to North America increased around 7% year on year, with Apple growing 10%.  Apple outperformed Samsung despite the launch of the Galaxy S8, and growing anticipation for the next iPhone.”