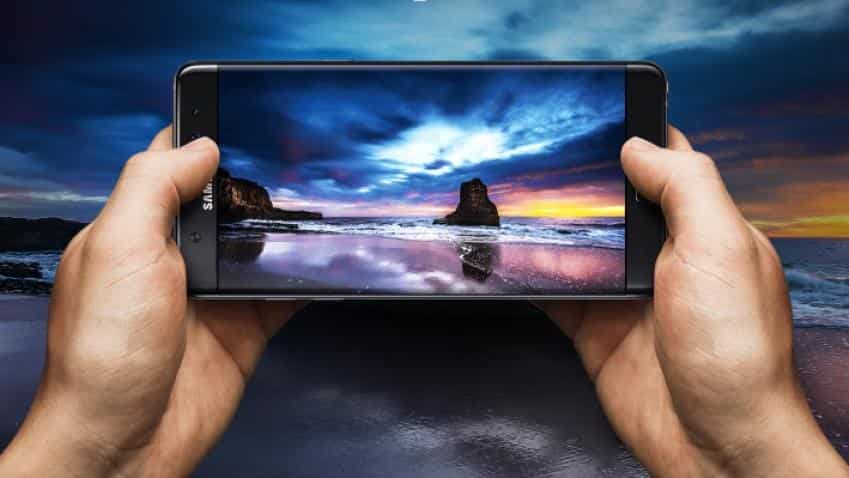 With Samsung Pass, the iris and fingerprint authentication is passed on to apps and services. Photo: Official website
Written By: IANS
RELATED NEWS

The Rs 59,900 device will be available in gold platinum, silver titanium and black onyx colours from September 2.

"Galaxy Note 7 is the combination of all our learnings to take smartphone experience to a whole new level and I am confident that the new edition will help Samsung Note loyalists to achieve more in life," H.C. Hong, President and CEO, Samsung Southwest Asia, told reporters here.

Samsung Galaxy Note 7 is the first device in the Note family to be water resistant to a maximum depth of 1.5 metre upto 30 minutes.

The device is dust-proof and the display is 30% stronger and 20% more scratch resistant from its predecessor.

The new S Pen features a smaller 0.7mm tip and has an Air Command Translate feature that quickly translates any on-screen text with ease by simply placing the S Pen above the word. The feature also include functions like magnify and glance, etc.

The iris scanner provides an extra layer of security alongside the fingerprint scanner. The device has a "Secure Folder" to keep private information safe.

With Samsung Pass, the iris and fingerprint authentication is passed on to apps and services.