The South Korean tech major installed the first such screen at PVR in Delhi last year. After that, it partnered with INOX to bring the ONYX experience in Mumbai and with Cinepolis in Delhi. 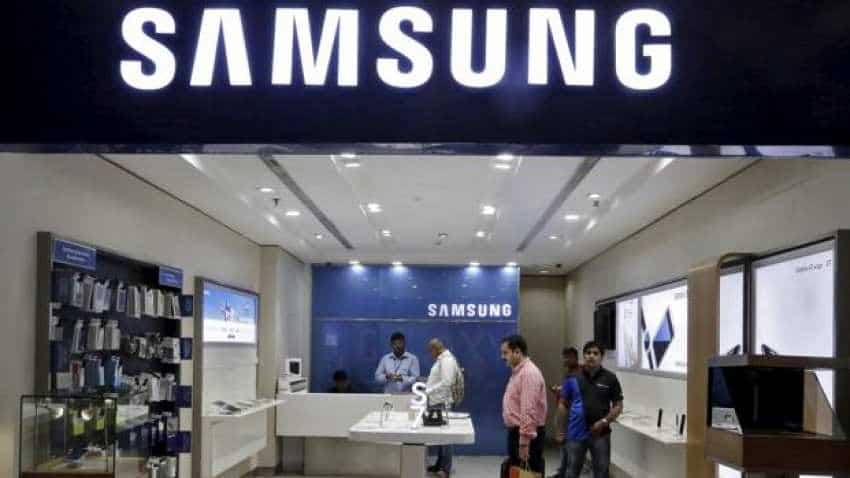 The ONYX screen is 3D applicable, with active 3D technology for all 618 seats in the Bengaluru theatre. Image source: Reuters
Written By: IANS
RELATED NEWS

Samsung India, which installed its fourth 4K ONYX Cinema LED screen in Bengaluru on Thursday, aims to introduce 35-40 such Cinema LED displays at movie theatres across the country by the end of 2022. "We started with the ONYX Cinema LED journey in Delhi and Mumbai and now we`re entering the south India market, which we foresee as a strong market for Samsung. Our primary focus will be around metro and other Class A cities," Puneet Sethi, Vice President, Consumer Electronics Enterprise Business, Samsung India told IANS.

The technology was originally introduced by the company in 2017 and the first screen was installed in Korea. There is huge potential in India and we want to convert at least 20 per cent of the screens to Cinema LED over the next decade. We will offer innovative solutions to consumers in India and transform their overall cinema viewing experience," Sethi added.

The ONYX screen is 3D applicable, with active 3D technology for all 618 seats in the Bengaluru theatre.

The South Korean tech major installed the first such screen at PVR in Delhi last year. After that, it partnered with INOX to bring the ONYX experience in Mumbai and with Cinepolis in Delhi.

According to the company, the installation of one LED screen roughly requires 8-10 weeks.

The display has HDR (High Dynamic Range) to the cinema, showcasing on-screen contents at peak brightness level, nearly 10 times greater than that offered by the standard cinema projectors.

"Since the beginning, cinemas have been powered by projector based systems. ONYX Cinema LED is the next generation of cinema viewing. This theatre in Bengaluru -- Swagath Onyx Theatre -- incorporates a 14-metre Cinema LED screen, which is the largest in the world," said Sethi.

The ONYX display accommodates any venue configuration and aims to deliver an unmatched visual quality, technical performance and reliability over traditional projectors, the company claimed.

The display maintains its advanced presentation capabilities in ambient lighting conditions regardless of the featured on-screen content.

JEE Main 2021 Result: Results declared for JEE Main 2021 February session - See here where and how to check scores: Also check cut off percentile, admission details and everything you need to know!