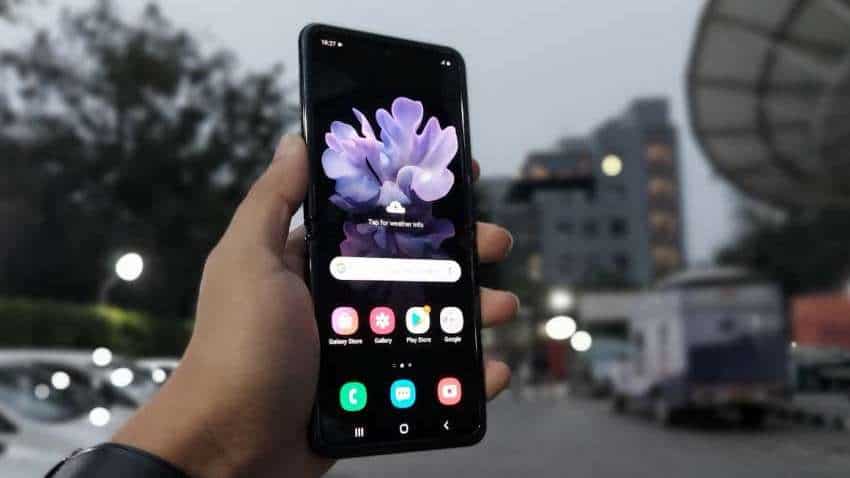 Samsung Galaxy Z Flip review: If you thought you have seen everything when it comes to innovation with smartphones, behold mon amie – the future is full of surprises! Innovation is the key to survival and Samsung is surely leading the way right now with its newly built line-up of futuristic smartphones. The South Korean electronics maker has recently launched its second foldable and India’s first flip smartphone – the Samsung Galaxy Z Flip. Even though there was no launch event for this device as well, Samsung did manage to create some buzz around it unlike last year’s Galaxy Fold, which arrived in the country unceremoniously. The Galaxy Z Flip features a glass screen made of foldable glass, has a lot of swag about it and is certainly a more practical smartphone due to its relatively 'affordable' price tag.

At Rs 1,09,990, the Samsung Galaxy Z Flip is one of the most expensive smartphones in the country. It will compete against Motorola’s Moto Razr in India which is designed in a similar way and has nostalgia on its side. A lot of smartphone users still wonder whether the foldable smartphones actually make a difference in their experience? Are they worth spending on? And, so on.

We recently got to spend three days with the Samsung Galaxy Z Flip and here is what we think of it.

If foldable smartphones become commercially successful, all of us might look back at this moment and say that’s where things changed. The Samsung Galaxy Z Flip appears to be the first complete foldable smartphone. Last year, we saw the Galaxy Fold and Huawei’s Mate X – both of which were raw and while they excited tech enthusiasts, the cost and delicate nature ensured that only a few actually paid for them. 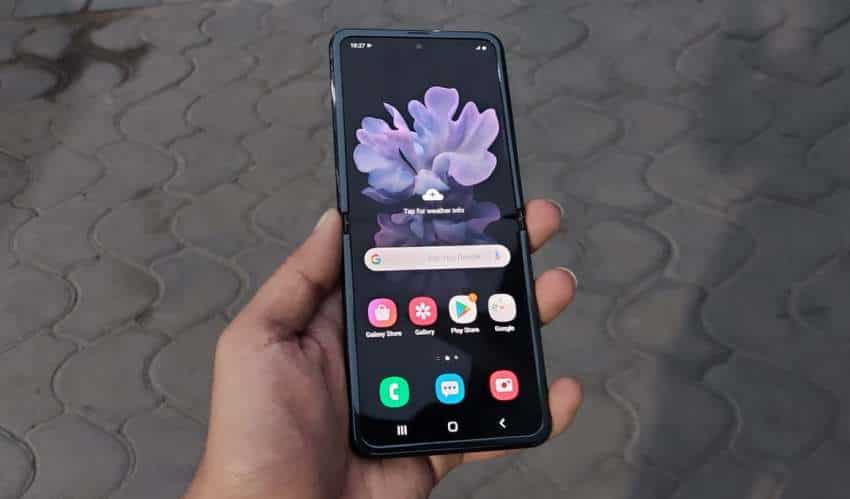 But, with the Samsung Galaxy Z Flip, we have entered the second generation of foldable smartphones and it is clearly visible in the form factor. Samsung has done an exceptional job on making the smartphone really compact.

This has been achieved with the help of a flexible glass layer on top of the Z flip, the first ever on any smartphone. The smartphone is designed like the flip phones of the old times – the ones used by Keanu Reeves in The Matrix. To begin with, it is like a clamshell which can easily be mistaken for a portable makeup compact. However, when unfolded, you get a 6.7-inch Super AMOLED display.

On top of the phone, you get a tiny screen, right next to the dual camera setup. The screen is actually of little use but allows you to check time, date, battery life and notifications without needing to open the device. So, unlike the Galaxy Fold, Z Flip is almost useless when folded. And, this could be problem for Samsung, even though a small one. 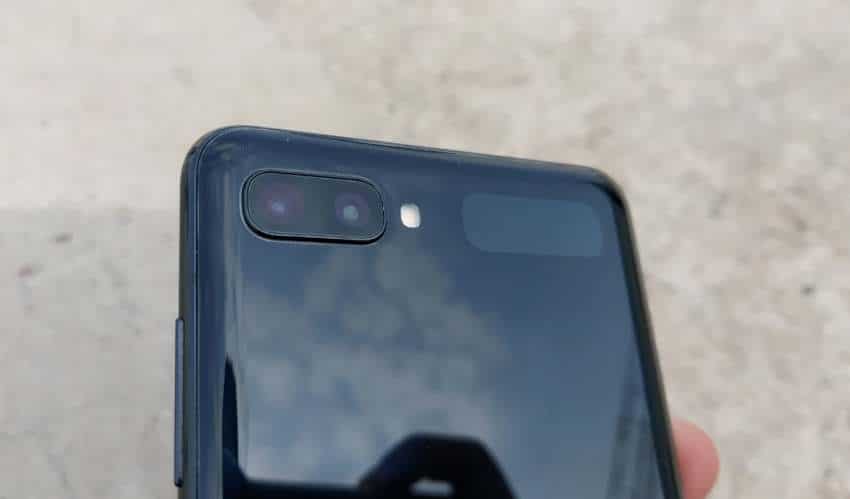 A major improvement you see on the Galaxy Fold is with the hinge. While there is still a small gap on the Z Flip’s hinge, it’s not as noticeable as the Fold’s. Also, it feels a little less delicate while folding and unfolding. The crease on the phone, when unfolded, is clearly visible and you don’t need to touch the device to feel it. It does affect your overall viewing and streaming experience.

On this smartphone, you get a total of three lenses – two at the back and one in the Infinity-O panel for selfies. The rear camera module comprises of a 12-megapixel main camera supported by a 12-megapixel ultra-wide angle lens.

The images clicked by the rear camera were impressive. Most shots were sharp and AI worked very well to make the pictures look better. However, in some cases, the software made the subjects soft – almost making them appear like a painting.

The front camera again, softens the images but performed better than the Samsung Galaxy S20 Plus where selfies lacked sharpness.

(Note: The image samples will be added here)

Performance-wise, the Samsung Galaxy Z Flip is quite satisfactory. It is powered by the Qualcomm Snapdragon 855 Plus chipset which is one of the most powerful processors in the market right now, despite the recent arrival of Snapdragon 865 chip.

The smartphone Android with One UI software like other Galaxy phones do. It comes with 8GB of RAM and 256GB of internal storage. A combination of all these ensure a decent performance. 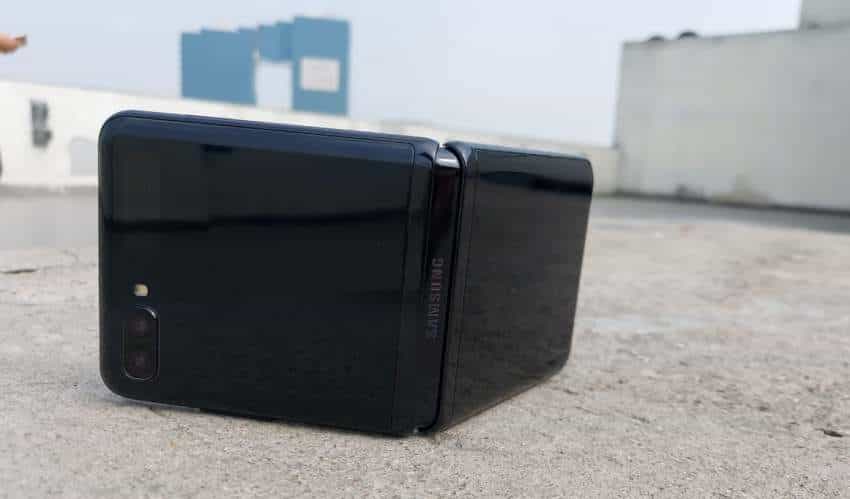 The smartphone packs a 3200 mAh battery which could be a slight problem. With most smartphones offering at least 4000 mAh capacity, the battery on the Z Flip seems outdated. I had the smartphone for just three days where the battery was enough to make the phone last for an entire day. But, the real performance can only be tested after longer usage.

Almost everyone who saw the Samsung Galaxy Z Flip in my hands, was instantly excited by its design language and swag-quotient. It shows that there is clearly a market for these devices in India but the turn off for most people is the price. 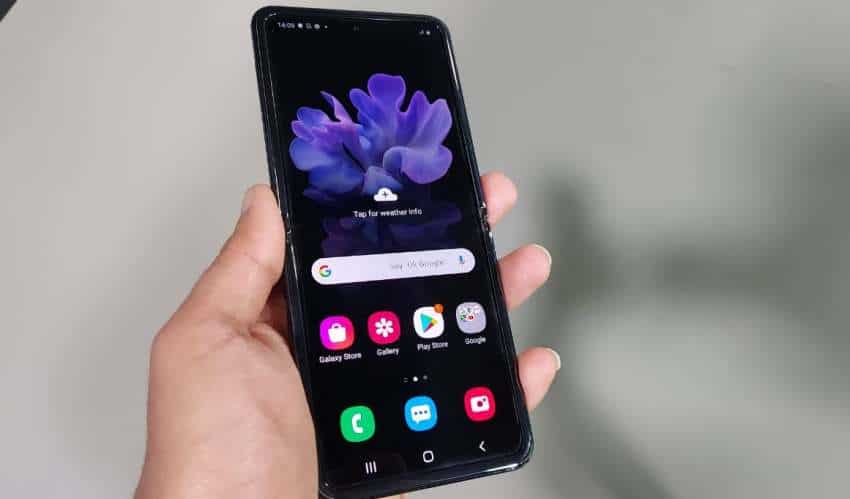 Also, the purpose of foldable smartphones is to offer you a bigger screen when unfolded. In Galaxy Z Flip, you get the same screen size as most premium devices. So in a way, you only get to fold and unfold a smartphone for the extra amount paid.

Nevertheless, there is no substitute for poise and that’s where the Galaxy Z Flip scores full marks. It is one of the most beautifully designed smartphones that can be bought for a unique experience.