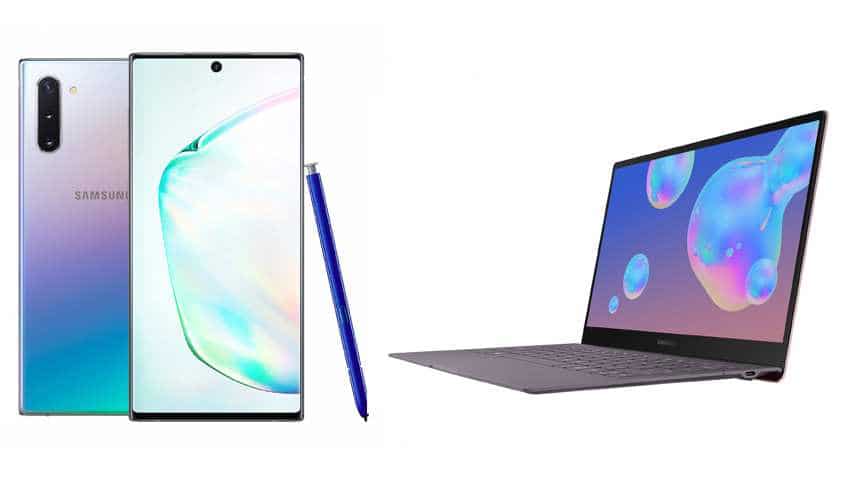 For the first time ever, the Samsung Galaxy Note 10 series will be available in two screen sizes. Source - Samsung.
Written By: Manas Tiwari
Edited By: Harish Dugh
RELATED NEWS

The Samsung Galaxy Unpacked event held in Brooklyn on Wednesday night to unveil the Samsung Galaxy Note 10 series was full of surprises and major announcements. While the Galaxy Note 10 and the Galaxy Note 10+ were the showstoppers of the show, the evolved S Pen and the all new Book S is creating a lot of buzz as well. Moreover, Samsung also announced a new partnership with Microsoft to provide its users with some experiences from the tech giant. In case you couldn't watch the event, here is the full list of major announcements made -

The all new S-Pen

Leading up to the launch, a lot was said about the S-Pen and most of it turned out to be true. This year, the S-Pen has been given gesture controls, which means you don't even need to touch your phone to operate it. Amazing indeed! You can switch between camera modes and even flip it using the gesture controls. Samsung also has an SDK (software development kit) for this feature, which allows other apps to take advantage of the S-Pen.

For the first time ever, the Samsung Galaxy Note 10 series will be available in two screen sizes - 6.3-inch on the standard variant and 6.8-inch on the Galaxy Note 10+ - the latter also the largest screen to appear on a Note device ever.

Finally, Samsung has also ditched the headphone jack just like its rival Apple. The reason given by Samsung for this is that it gives extra space inside the phone. So, you will have to either use wireless earphones with the device or use a USB Type-C to 3.5mm converter.

The biggest surprise of the event was the Samsung Galaxy Book S which looks like a laptop but runs on the Qualcomm Snapdragon 8cz chipset, which is based on ARM architecture. The company claims that this might be a laptop but comes with the essence of a phone. The laptop runs on Windows 10 and has a 13-inch touchscreen display. It will be available starting September 2019.

The Galaxy Watch Active 2 which was unveiled a few weeks back, has got a special Under Armour edition, which links to Under Armour’s smart shoes to track your runs more accurately.

IPL 13: CSK lost the game in the powerplay itself, says Fleming