Samsung Galaxy Tab S5e First Impressions: A capable device; but do you really need it?

The Samsung Galaxy Tab S5e has been launched in India at a starting price of Rs 35,999. Here is a quick look at what it offers. 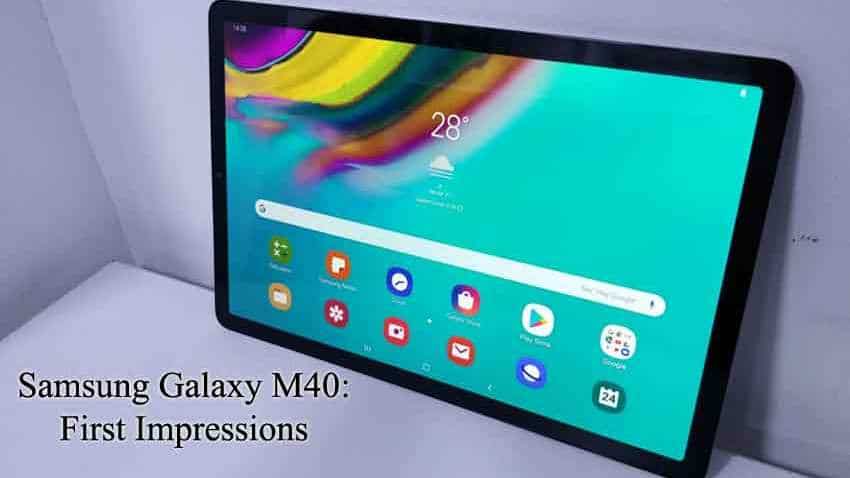 While the tablet somewhat justifies its price tag, the keyboard cover leaves you asking for more.

Often considered a failed concept, the tablet market saw a further 11 per cent decline in the first quarter of FY20 compared to the fourth quarter last year. Amid this decline, Samsung gained 51 per cent market share (by value) and 50 per cent market share (by volume) in the Indian tablet market. Encouraged by this growth, the South Korean Electronics giant has launched two new tablets in the country – the Samsung Galaxy Tab S5e and the Galaxy Tab A 10.1.

Both the tablets have been launched in two variants. The Galaxy Tab A 10.1 is the more affordable offering priced at Rs 14,999 for the Wi-Fi only variant. The Wi-Fi + LTE variant has been priced at Rs 19,999. We got our hands on the premium Galaxy Tab S5e and have been using it for the last couple of days. Here is a quick look at what it offers -

The Samsung Galaxy Tab S5e price in India starts at Rs 35,999 for the lone 4GB RAM and 64GB storage variant. This price is for the Wi-Fi only variant while the Wi-Fi + LTE variant has been priced at Rs 39,999. Samsung is also selling a Book Cover Keyboard with this tablet priced at Rs 7,999. As part of company’s introductory offer the cover will be available for 3,500. 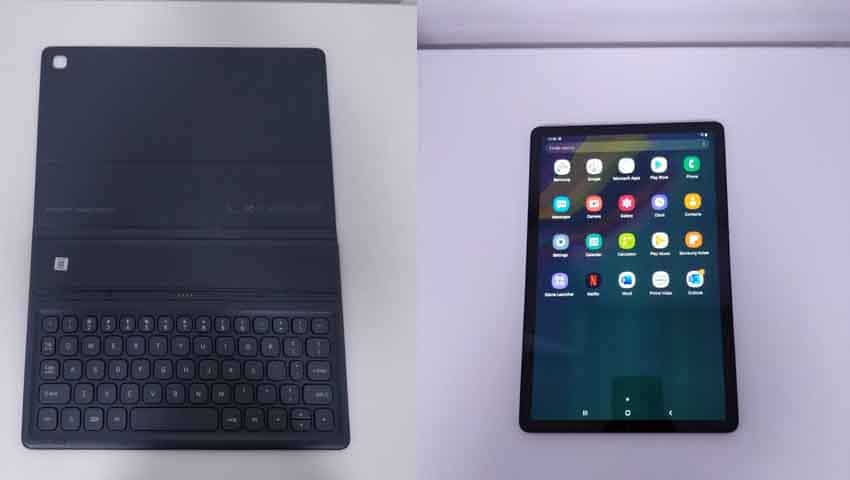 While the tablet somewhat justifies its price tag, the keyboard cover leaves you asking for more. It doesn’t come with backlit keys which means you can’t use the keyboard in dark. Also, the keyboard is too small even for those who prefer to work on compact laptops.

This is where you have to give full marks to Samsung. The Galaxy Tab S5e is the thinnest (5.5mm) and lightest (400g) tablet that Samsung has ever made. And, you feel the difference as soon as you hold the tab in your hands. This also makes the Galaxy Tab S5e extremely portable and easy to carry. The fingerprint scanner is fitted on the power button, present on the right side of the tab. The left side only comes with POGO pins. 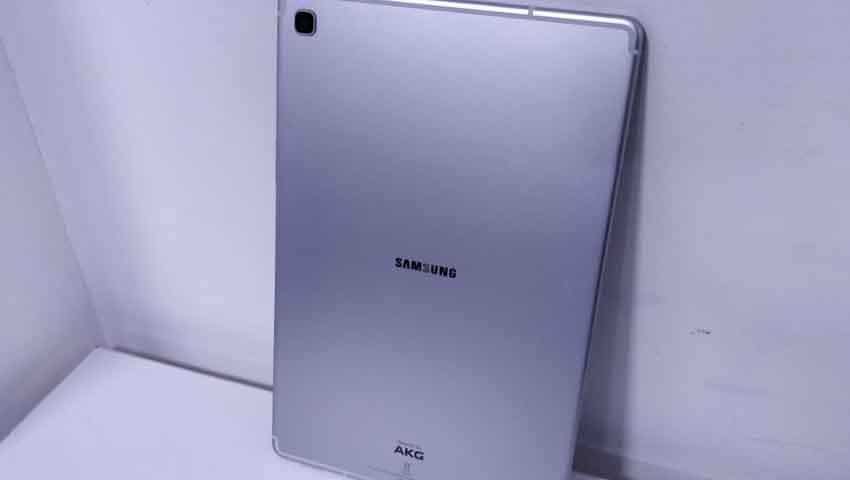 Samsung has given four speakers on this tab – two on each side – that change orientation depending upon how you hold the tab. The USB-C port is also present at the bottom and 3.5mm headphone jack has been ditched. The box comes with a Type-C adapter which can be used to connect earphones with the tab.

The Galaxy Tab S5e comes with a 10.5-inch Super AMOLED WQXGA (2560×1600) display with 16:10 aspect ratio. It has a 81.8 per cent screen-to-body ratio. The bezels give you enough space to hold the device without covering the screen. We watched a few videos on the device and the output was very impressive. We are yet to play games on the tab and would share the results of the same soon too.

It is available in three colours – Black, Gold and Silver.

Another impressive thing about the Galaxy Tab S5e is its superior audio quality. The quad speakers ensure that you get clear and loud output. The speakers are tuned by AKG with Dolby Atmos integration. They come with auto rotate technology and deliver the audio on the basis of how you hold the tab.

The tablet is powered by the Qualcomm Snapdragon 670 processor and comes with 4GB RAM and 64 GB internal storage variant. This proves enough to complete simple tasks sending emails, browsing the web, watching videos and working on Google Docs. It will be interesting to see if the tab delivers similar performance while playing games. Both the fingerprint as well as Face unlock give desired results.

This is also the first Samsung tablet to run Android 9.0 Pie out of the box. It has One UI 1.1 which includes features like Digital Wellbeing and Bixby 2.0. The tab also get a Night Mode. 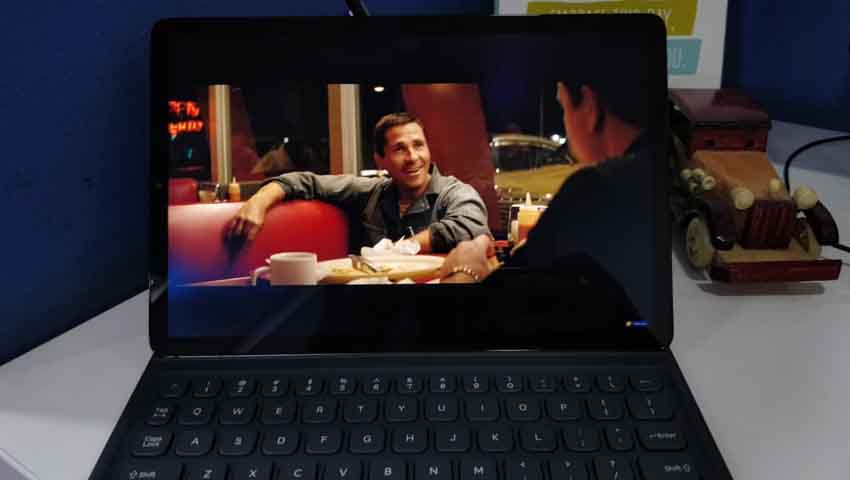 The Samsung also continues to offer the DeX mode which allows you to use the tab like a PC. This can be done directly from the status bar. The DeX mode can also be run on an external monitor and a USB Type-C to HDMI adapter is needed for it.

The cameras are probably the last thing you check while buying a tablet. The best you would use a tablet camera is to make video calls or record videos in general. For this, the Galaxy Tab S5e gets a 13-megapixel rear camera which gives decent result. There is a 8-megapixel front camera, which is good enough for video calls.

The Galaxy Tab S5e is powered by a 7,040mAh battery. The company claims that it can last for 14.5 hours and even though that is tough to achieve with normal usage, you can expect the tab to run for at least 10 hours even while multitasking. The battery is supported by a 25W super fast charger that can juice up the device in a couple of years.

Overall, the Samsung Galaxy Tab S5e looks like a capable device. It is easy to carry, delivers good sound and video quality and can be a great addition to your gadget collection. But, the question remains with smartphones getting bigger and laptops getting smaller, whether you need it or not!