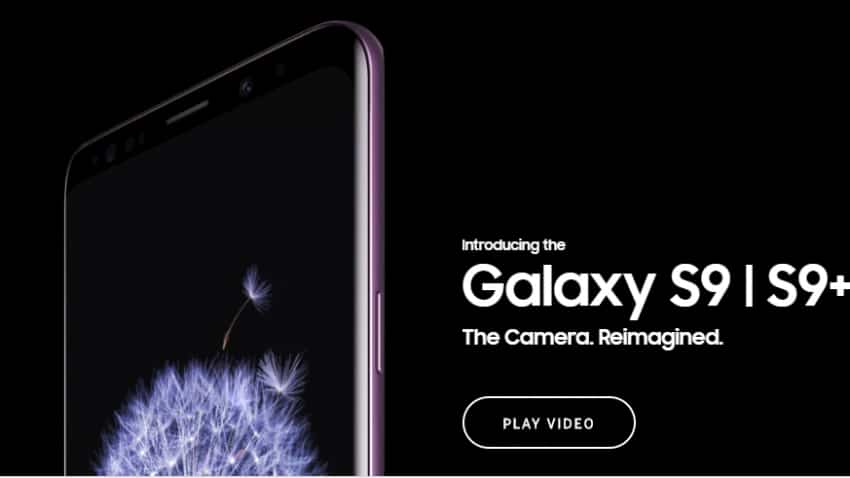 Airtel vs Reliance Jio vs Vodafone: Here's what they are offering on Samsung Galaxy S9, S9+

RJio vs Airtel offers on Samsung Galaxy S9, Galaxy S9+; which one is better

Electronics firm Samsung today launched the much-awaited Galaxy S9 and S9+ smartphones in India for Rs 57,900 and Rs 64,900 respectively for their 64GB variants. The 256GB variants are priced at Rs 65,900 for S9 and Rs 72,900 for S9+. The company has also collaborated with e-retailer Flipkart and telecom operator Airtel for the online sale of these devices. According to reports, the new products will be available from March 16 on select retail stores, and online store Samsung Shop and Flipkart in midnight black, titanium grey, coral blue and lilac purple. The 256GB variant of Galaxy S9+ will be sold on Samsung exclusive stores, Reliance Digital Stores and on Samsung Shop, the company said.

Both the devices were unveiled a week ago at the Mobile World Congress (MWC) 2018 in Barcelona, Spain. The new smartphones boast of cameras with capabilities to shoot "Super Slow-mo" videos and a new "Dual Aperture" lens system with innovative low-light photography efficiency, the company stated.

"Wirh Galaxy S9 and S9+, we have reimagined the smartphone for today`s and tomorrow`s India which is the one of the biggest 4G data markets and one of the fastest growing cashless economies in the world," HC Hong, President and CEO of Samsung Southwest Asia, told reporters in New Delhi today.

Warsi added that the phones can stream data at about 250Mbps, which is 2.5 times faster than the average smartphone connected to the same network.

The new phones are reportedly loaded with "AR Emoji" feature for creating personalised experiences -- similar to the one in Apple`s iPhone X and stereo speakers tuned by AKG with Dolby Atmos. The new devices are powered with Snapdragon 845 processor. The S9 houses 4GB RAM while S9+ has 6GB RAM. The S9 comes with 3,000mAh battery and the S9+ houses a 3,500mAh battery.

Among other features that these phones boast of include super AMOLED "Infinity Display" screen with 18.5:9 aspect ratio and a QHD+ resolution; Samsung S9 has a 5.8-inch display size and S9+ comes with 6.2-inch size; Galaxy S9 and S9+ cameras have a "Super Speed Dual Pixel" sensor with dedicated processing power and memory to take high-quality pictures.

Samsung`s "Dual Aperture" (F1.5 / F2.4) in S9+ -- the world`s first such feature in any smartphone -- automatically lets in more light when it is dark and less light when it is too bright, taking photos that are crisp and clear, said an IANS report, adding that aperture adjusts itself depending upon the light which is falling on the sensor.

The company reportedly claims that F1.5 is the lowest aperture available in a smarphone till now, adding that the "Super Slow-mo" video captures 960 frames per second, while "Slow-mo" videos can also be turned into GIFs.

User can capture "Super Slow-mo" video, and can select background music from 35 different options or add a tune from their favourite playlist. The new phones also offer automatic "Motion Detection", a feature that detects movement in the frame and automatically begins to record -- all users have to do is set up the shot.

Like Apple Animojis, Samsung introduces "AR Emoji" to let the users create an emoji that looks, sounds and acts like them. "AR Emoji" reportedly uses a machine learning algorithm, which analyses a 2D image of the user and maps out more than 100 facial features to create a 3D model that reflects and imitates expressions, like winks and nods.

With real-time object detection and recognition, "Bixby" instantly generates information directly on top of the image that the camera is pointing at, the company said.

Airtel vs Reliance Jio vs Vodafone: Here's what they are offering on Samsung Galaxy S9, S9+

RJio vs Airtel offers on Samsung Galaxy S9, Galaxy S9+; which one is better