While the Samsung Galaxy S8 has a 4GB RAM, the Xiaomi Mi 6 comes with a higher 6GB RAM. 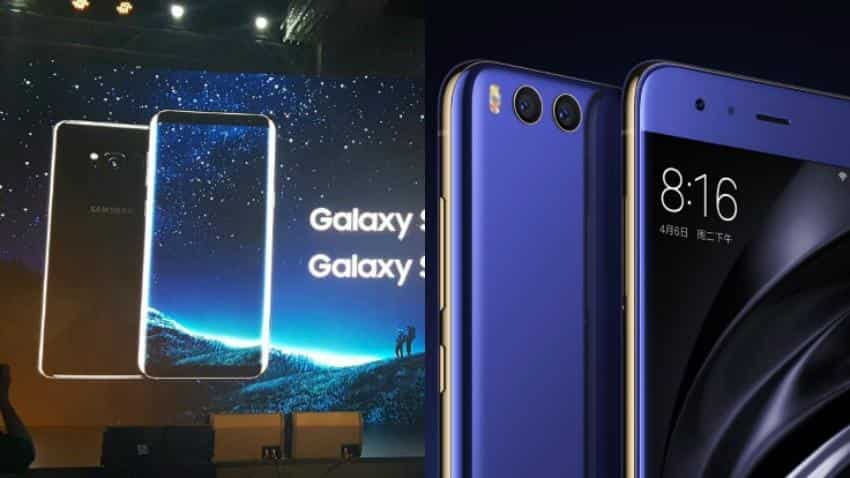 Samsung Galaxy C7 Pro goes on sale on Amazon India today; here's how you can buy it

On Wednesday two of the biggest smartphone manufacturers are all set to launch their flagship phones. While Samsung launched the Galaxy S8 and Galaxy S8+ smartphones in India, Xiaomi launched its Mi 6 and Mi 6 Plus smartphones in China. While both these phones at different price points in terms of specifications both are similar

The Xiaomi Mi 6 is one of the first smartphones of the company to debut the Qualcomm Snapdragon 835 processor. The Snapdragon processor is a 64 bit octa-core CPU and has a speed of 2.45GHz.

Both the Galaxy S8 and the Mi 6 come with the latest Android 7.1.1 Nougat operating system. Both of them also have smart charging capabilities integrated into them.

However, what sets the Samsung Galaxy S8 apart from from the Xiaomi Mi 6 is the display. One of the key features of the Samsung Galaxy S8 is the Infinity Display which has dual-edge curved display and covers almost the entire front of the phone. The display is certified by the UHD Alliance as Mobile HDR Premium. The Galaxy S8 comes with a 5.8 inch QHD display.

The Xiaomi Mi 6 however comes with a smaller 5.15 inch display. It also has a dual-edge curved display.

Despite the similarities in their specifications there is a vast difference in their prices. The Samsung Galaxy S8 is priced at Rs 57,900, while the Xiaomi Mi 6 is priced at CNY 2,499 (around Rs 23,500) for the 64GB internal memory variant. The Mi 6 is expected to be launched at a similar price range in India too.

While Xiaomi's Mi 6 has an edge over the Galaxy S8 in terms of the RAM, battery capacity, cameras and its price, the Samsung Galaxy S8 has the upper hand due to its large display size.

Samsung Galaxy C7 Pro goes on sale on Amazon India today; here's how you can buy it