Samsung Galaxy S20+ review: A smartphone that makes you future-ready but requires some fixes

Samsung Galaxy S20+ review: Is it worth spending on, especially with affordable premium segment booming in the last few years? Does Samsung Galaxy S20+ offer what it claims to? Let’s answer all your questions and look at the hits and misses of the Galaxy S20+ in our review. 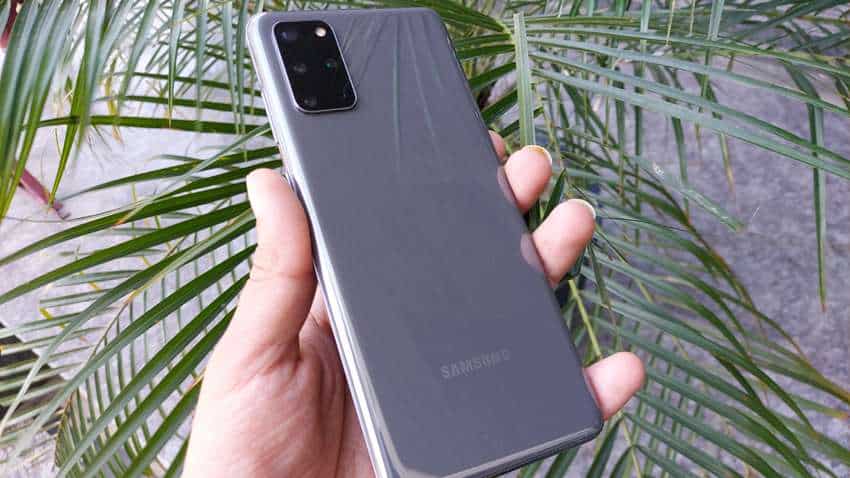 The Samsung Galaxy S20+ comes with a glass finish at the back which makes the phone a bit slippery.
Written By: Manas Tiwari
RELATED NEWS

Samsung Galaxy S20+ review: We are in the third month of 2020 and Samsung has already launched as many as nine smartphones in India with at least six of them positioned in either affordable premium or premium segment. The biggest hype, however, was around company’s flagship ‘S’ series which comprises of three smartphones, just like last year. There was a slight change in the strategy though, with Samsung opting to name the new line-up ‘S20’ instead of S11. The series comprises of the Galaxy S20, the Galaxy S20+ and the Galaxy S20 Ultra.

Samsung has played around the camera capabilities of the S20 series by offering up to a 108-megapixel rear camera and up to 100x zoom option. Not just this, the S20 series is the first to offer 8K video recording. Then of course, there are bigger displays, faster charging and more powerful processors.

The Samsung Galaxy S20+ is a stylish smartphone to say the least. It has a premium look and feel to it with slight changes in the design over its predecessor – the Galaxy S10+. The first thing you are likely to notice is that bezels on either sides have been reduced to achieve a higher screen-to-body ratio. The curved edges ensure that you have a good grip on the smartphone. 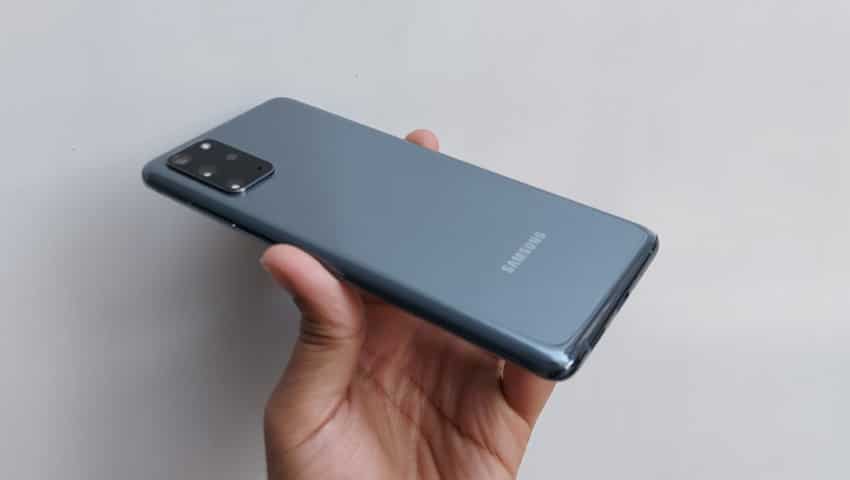 The Samsung Galaxy S20+ comes with a glass finish at the back which makes the phone a bit slippery. Also, the glass used is quite reflective which can be a problem if you are not using a case. Thankfully, the rear panel doesn’t attract too many fingerprint smudges.

At the back, you get the Samsung branding at the bottom and the rectangle-shaped camera module on the top-left corner. The new module has featured on almost all the recent Samsung smartphones. The company could have opted for a different positioning of the camera module, just to ensure that its premium device is distinguished from the mid-range offerings. 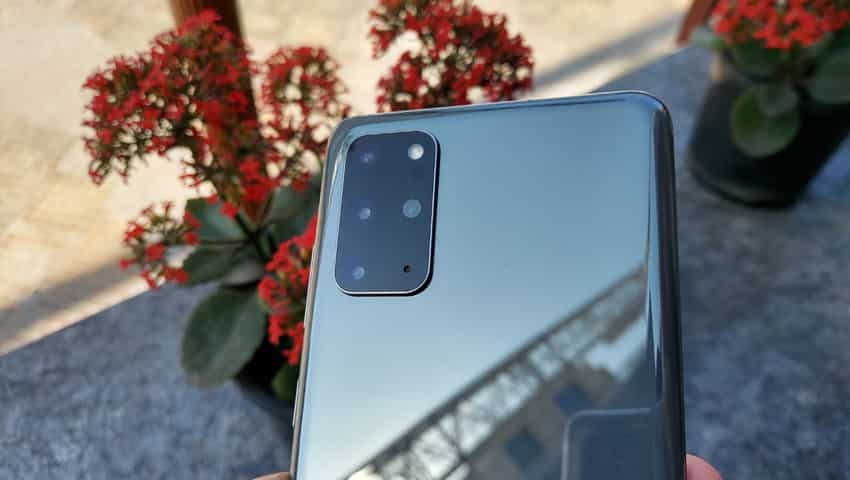 The SIM tray is on top of the phone. Unfortunately, you need to choose between two SIM cards or one SIM and a microSD card. There is no headphone jack on the S20+. At the bottom, you get a USB Type-C port and a speaker.

The smartphone has been launched in three colour options – Cosmic Gray, Cloud Blue and Cosmic Black. We had the first for review purposes. 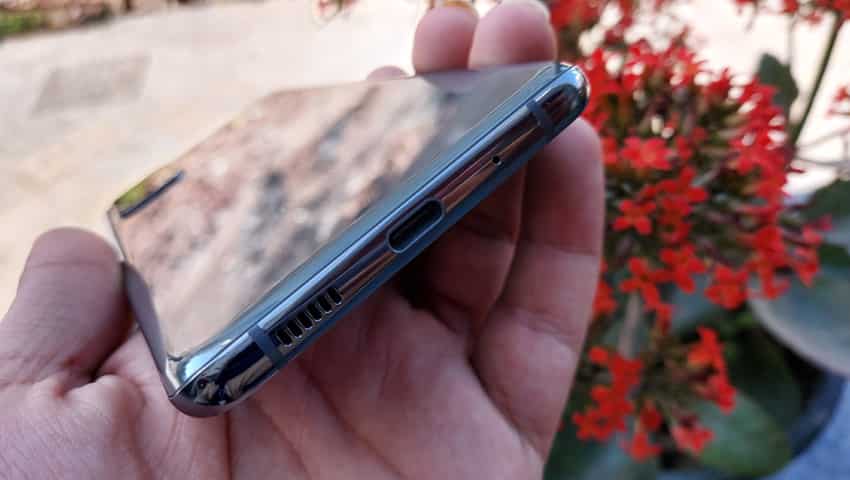 Samsung has bet big on the display of the S20 series. While its competitors moved on to displays with 90Hz or 120Hz, Samsung stuck to 60Hz screen refresh rate on all its flagship devices last year. In fact, there was significant criticism of the same when the Note 10 series was launched.

The company has tried to level up with the S20 series. The Galaxy S20+ features a 6.7-inch QHD+ Dynamic AMOLED 2X panel, with support for HDR 10+ and, a 120Hz refresh rate. Now, while this should have been a reason to celebrate, I feel cheated as a customer.

The problem with the S20+ is that you can only get 120Hz refresh rate with a lower full HD+ (1080p) display quality. As soon as you move to the QHD+ (1440p) display, the screen switches to 60Hz refresh rate. Samsung tells us that this will be addressed with a software update in future but for now, this remains a big turn off. Ideally, I would not want to spend Rs 74,000 on a smartphone and then make a compromise – ON ANY FRONT. The display, however, is of top quality. The colours are as vibrant as they get and when on full resolution, the screen achieves an unbelievable level of sharpness. There is a single centre-mounted hole-punch cutout on the front which further enhances the design of the phone. It doesn’t interfere with your overall experience which is good to see.

To be honest, there is no point talking much about the performance. Smartphones these days have unbelievably powerful hardware which can bring any laptop to shame. The Galaxy S20 series is an example of the same. 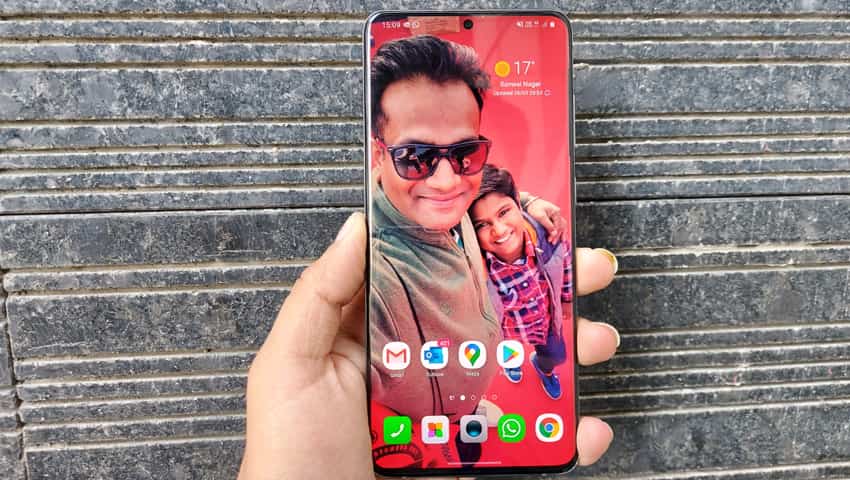 In India, the Samsung Galaxy S20+ is powered by Exynos 990 processor with the Mali-G77 GPU, which claims to offer a 20 percent boost in performance over the previous generation. The chipset is believed to an equivalent of the Snapdragon 865 chipset and delivers a solid performance.

Even high-end gaming titles like PUBG:Mobile and Call of Duty: Mobile run seamlessly on the Galaxy S20+.

The smartphone has been launched in a single variant in the country which offers 8GB of RAM and 128GB of internal storage. Now, while lack of options could be a problem for few, 8GB of RAM on any smartphone is more than enough. Sometimes it is just tough to digest the fact that my laptop runs on the same configuration. Samsung decided to launch only 4G models of the S20 series in India, delaying its entry to the 5G battle till at least next year. And honestly, it makes a lot of sense too as the country is unlikely to get 5G networks till then.

The Samsung Galaxy S20+ runs One UI 2.1 based on Android 10. Samsung can take pride in having one of the better operating systems which is quite neat. The other features on smartphone include Samsung Dex and Link to Windows. You also get a built-in screen recorder, a screenshot editor, Edge screen, and an AR Zone. 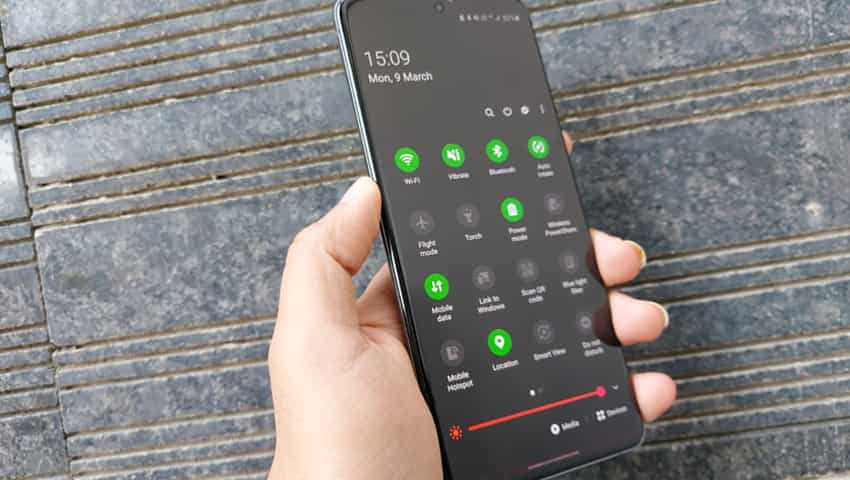 The smartphone packs a 4,500mAh battery which easily lasts for a day on medium usage. The Galaxy S20+ comes with a 25W adapter inside the box which takes about an hour to charge the phone from 0 to 100 per cent. The smartphone also supports Fast Wireless Charging 2.0.

The Samsung Galaxy S20+ sports a quad rear camera which comprises of a 12MP primary sensor assisted by a 64MP sensor used for telephoto shots, a 12-megapixel ultra wide-angle sensor and a depth vision camera. On the contrary, you get a massive 108MP lens on the Samsung Galaxy S20 Ultra. 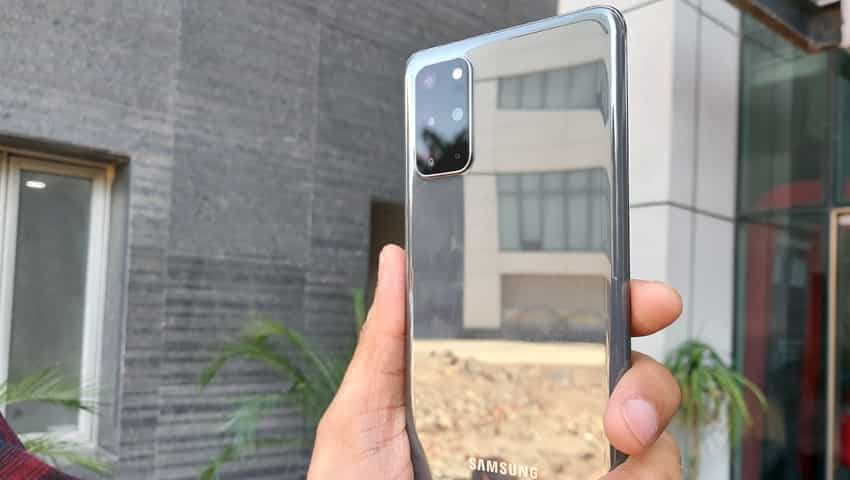 The camera is very similar to what you get on most Samsung smartphones. The 'Live Focus' and 'Live Focus Video' modes have been moved to the menu. And, a new 'Single Take' option has been added to the setup. The feature is a case of noble act gone wrong.

The feature bascially takes multiple media with a single click. These include images, short videos and long videos. The feature also applies different filters to the images clicked. Now, while the idea here is to save time, the purpose is not served. The multiple media clicked ends up eating up a lot of storage on your device. Then, you need to go back and individually delete files that you don't like. 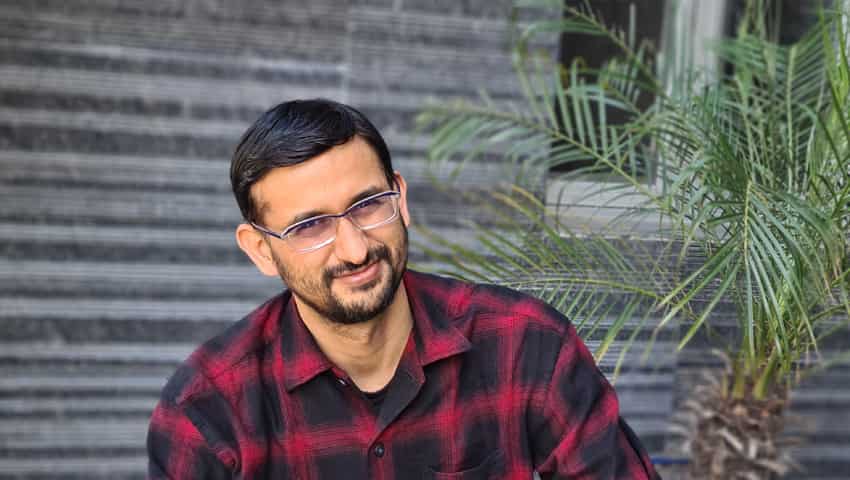 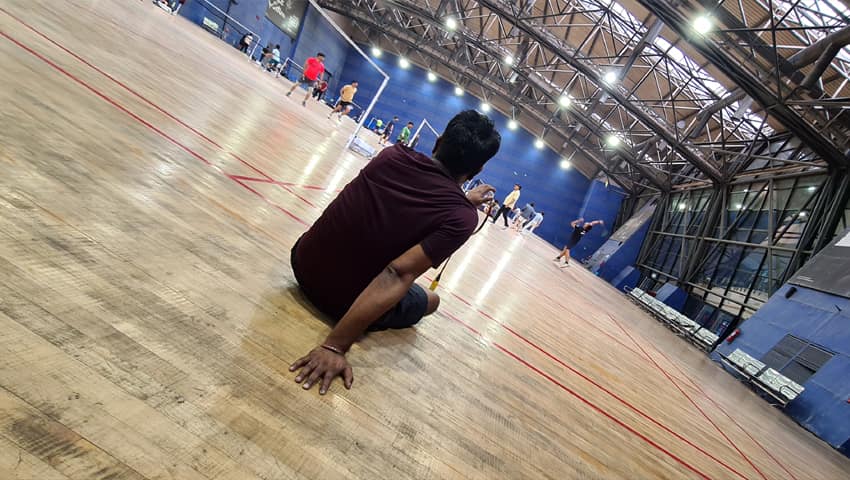 The rear camera otherwise performs well. It captures good details and has impressive processing capabilities. The close-up shots are great and the blur game is strong too. The background is blurred to great effect by the smartphone.

Samsung has tried to equip the Galaxy S20+ with strong video shooting capabilities. The smartphones comes with 8K video support. And, this is a problem because of two reasons. Firstly, the 8K videos occupy massive space on your smartphone, leaving no choice but to take help of a microSD card. Secondly, even if you shoot an 8K video, where will you watch it? There is only a small group that has access to 8K displays or TVs. 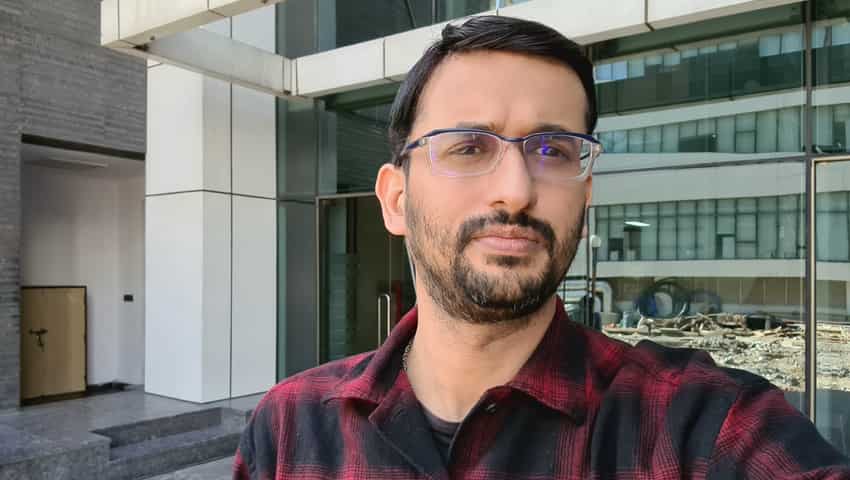 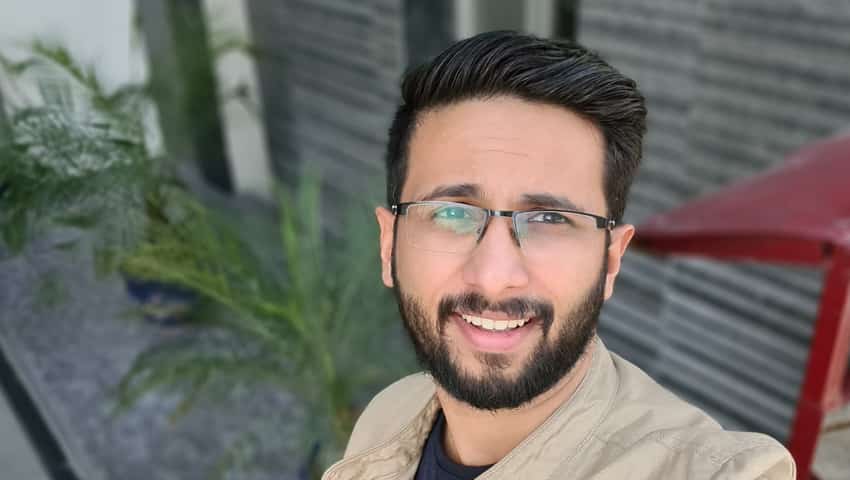 The bigger problem is with the front camera. The Samsung Galaxy S20+ features a 10-megapixel selfie shooter and smoothens facial details to an annoying level. It makes you look soft and artificial, even when the smoothness is reduced to minimum. The images clicked from the front camera generally lack sharpess and this is a major turn off for a smartphone that costs a whopping Rs 73,999.

There is no doubt that the Samsung Galaxy S20+ comes with a lot of improvements over its predecessor. It has a new design language, better performance and one of the best displays. There are other attractive features as well like the zoom-in capabilities of the rear camera and reverse wireless charging. Yet, there are several problems with the device that could be tough to ignore.

The front camera is simply terrible and requires an immediate fix through a software update. The fact that you need to choose between 120Hz and 1440p display, is a major let down. All of these are not the issues you want to face on a device that costs Rs 73,999 and is fighting for the best smartphone of the year title. 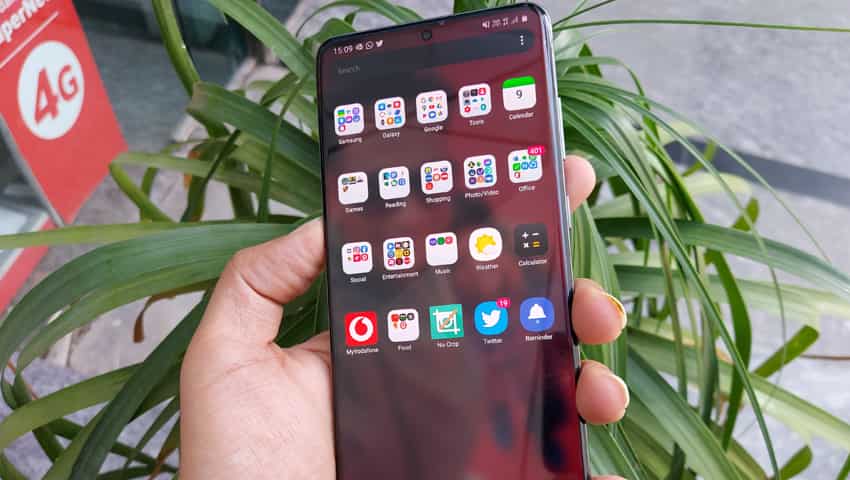 The good part is that Samsung has not priced the Galaxy S20+ more than last year's S10+. So, while you get several upgrades, the cost remains the same. Overall, the Galaxy S20+ is a too much of a smartphone that makes you future-ready but requires some immediate touch ups.