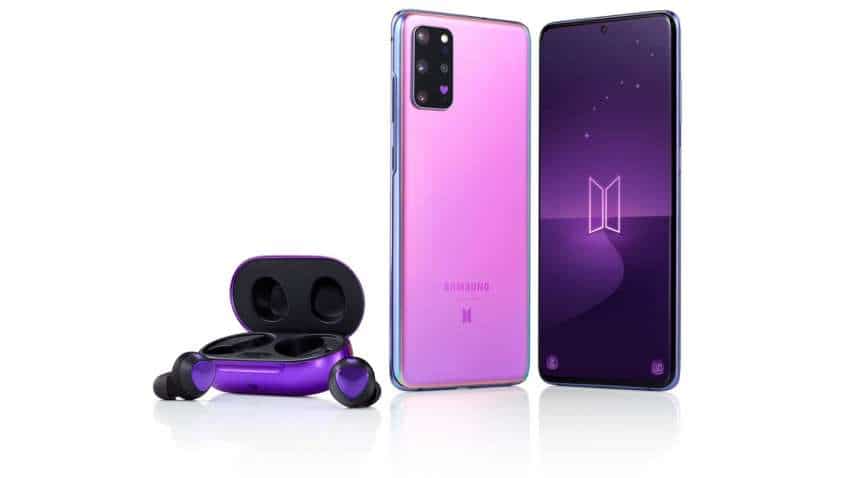 The new edition features colour accents that are associated with the popular K-pop band. It has a purple back with a BTS logo at the bottom as well as includes BTS themes.

The new model is set to arrive in India, confirmed Samsung through its official twitter handle. The launch will take place on Thursday and the pre-bookings will start a day before that. Samsung, however, hasn’t mentioned anything about the BTS edition of the Buds+.

The Samsung Galaxy S20+ BTS Edition is currently available for pre-orders in the US at $1,249.99 (Rs 94,500). The smartphone is likely to be priced around the same mark in the Indian market as well, making it a bit more affordable than the S20 Ultra. The special edition comes in a single Haze Purple colour version. The retail box of the smartphone will include an exclusive BTS Photo Cards and BTS Stickers as well as regular bundled stuff such as a clear case and earphones from AKG.

The specifications remain same as the standard Galaxy S20+ model. The phone runs on Android 10 with One UI on top and has a 6.7-inch Infinity-O Dynamic AMOLED display. It is powered by an octa-core Exynos 990 SoC, paired with 12GB of RAM. There is a triple rear camera setup that includes a 64-megapixel primary sensor as well as a 10-megapixel selfie camera at the front.

However, you get BTS themes with special wallpapers, icons, and ringtones. The phone also has an in-display fingerprint sensor. It  packs a 4,500mAh battery.