Samsung S10 Lite review: While the Note 10 lite is likely to create a niche for itself due to the 'S Pen' magic, it is the S10 lite which poses a bigger threat to OnePlus and its line-up of smartphones. Read on to find out if the Galaxy S10 Lite is a good buy at Rs 39,999! 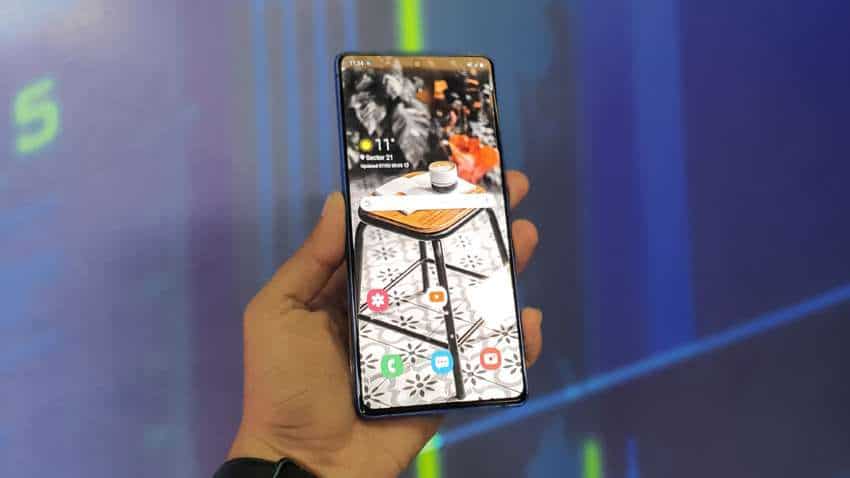 Samsung S10 Lite review: Such has been OnePlus' dominance in the premium segment that it has remained the most selling premium smartphone brand in India for four straight quarters now. According to the latest report by Counterpoint, OnePlus' shipments grew 28 percent in 2019 as compared to 2018, with the company selling one-third of all premium phones sold in 2019. The category comprises of smartphones priced above Rs 30,000. In fact, OnePlus also became the first smartphone brand to ship over 2 million units of their devices in one year.

The success was largely because of company's exciting offers but a part of it can be attributed to lack of options from other brands between Rs 30,000 and Rs 45,000 - a problem they are finally addressing. Samsung, which holds second spot in the list, had almost no presence at this price band -- till two weeks back, when it launched two affordable premium smartphones - Samsung Galaxy S10 Lite and Samsung Galaxy Note 10 Lite in India.

While the Note 10 lite is likely to create a niche for itself due to the 'S Pen' magic, it is the S10 lite which poses a bigger threat to OnePlus and its line-up of smartphones. With the S10 Lite, Samsung has taken several bold steps like switching to a Qualcomm chipset, opting for Corning Gorilla Glass 3 protection, ditching the curved S series’ trademark curved screen and of course, pricing the phone outside its comfort zone.

To keep the price in check, other compromises have been made too. We have been using the device for about ten days now and here is our Samsung Galaxy Galaxy S10 Lite review. Read on to find out if the Galaxy S10 Lite is a good buy at Rs 39,999!

Samsung has gone with a very simple design for the Samsung Galaxy S10 Lite, avoiding anything out-of-the-box. The first thing you would probably notice is that the curved display has been replaced with slightly rounded corners. The smartphone has been launched in three colour options - Prism White, Prism Black and Prism Blue. We had the last for review purposes and it clearly stands out from other variants. 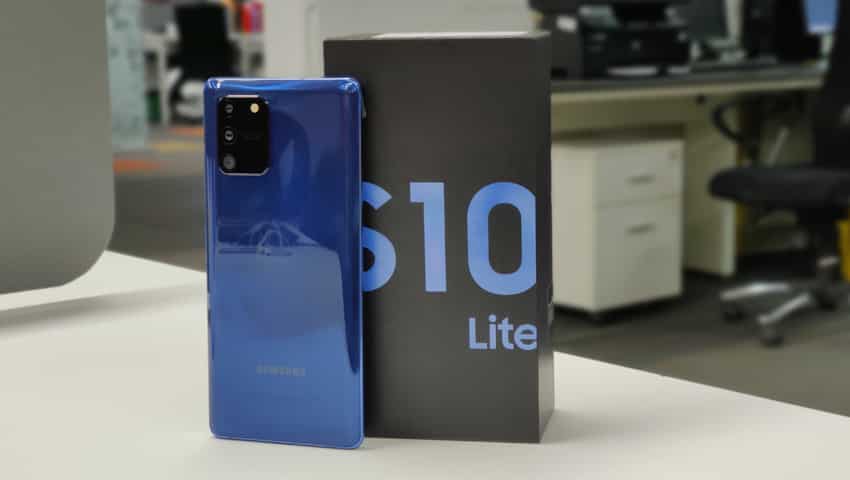 The rear panel comes with a glossy finish which means you get finger print smudges for free. It is also because Samsung has used a glass-like Glastic panel instead of actual glass. This is tough to identify by naked eye but you realise it as soon as you hold the S10 Lite in your hands.

Even though the device doesn't feel as premium as the other offerings of the S10 series, the build quality is good and the phone is quite sturdy.

The volume and power buttons are on the right. The power button is mapped to turn on 'Bixby' by default which has to be changed from settings. The SIM tray is of the right panel while the bottom of the smartphone houses the Type-C port and speaker grille. The 3.5mm headphone jacks remains to be missing. 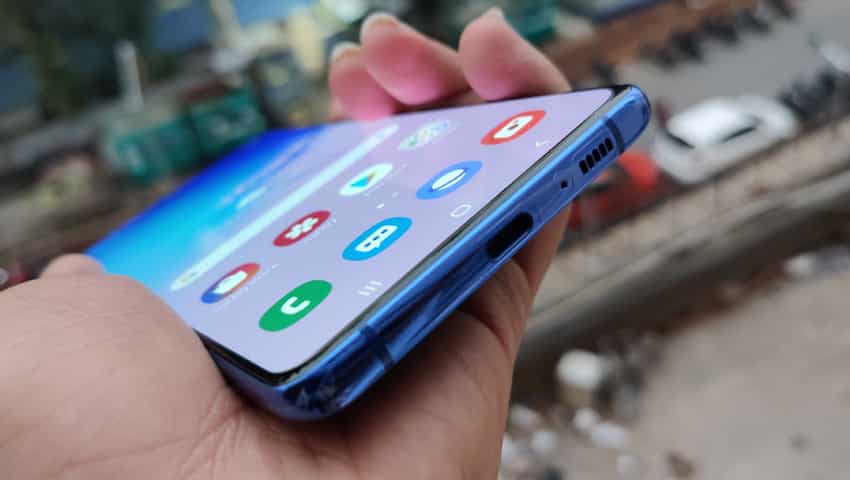 The smartphone feels light in hand and the only issue could be its taller screen which makes S10 Lite tough for one-hand use. One major compromise made by the company here is the use of old Gorilla Glass 3 for protection. This again, could be to reduce the overall price of the smartphone.

Coming to the display, you get an impressive 6.7-inch FHD+ (2,400 x 1,080) Super AMOLED display. Again, this an change from the QHD panels used on other smartphones of the S10 series as well as the Note 10 series. It doesn't make much difference in your overall viewing experience but is a point you should keep in mind before making the purchase. 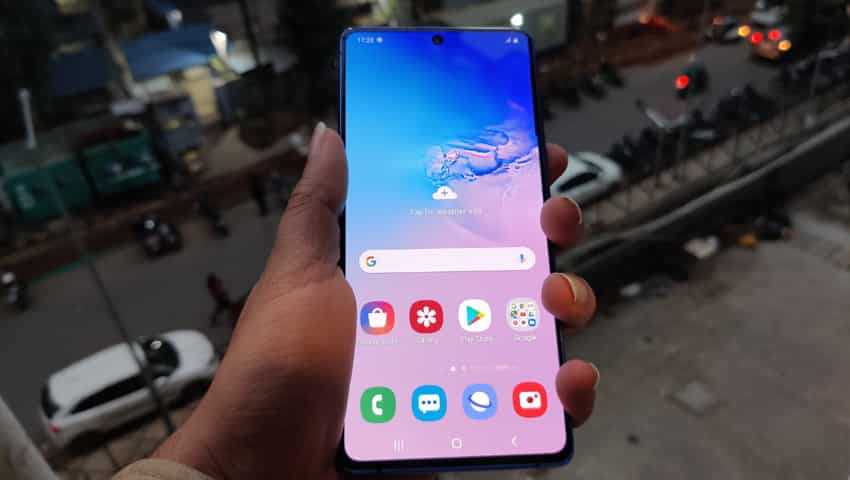 The Infinity-O Panel makes its debut on the 'S' series with this smartphone which means that the punch-hole camera has been moved to the centre. It helps achieving a better screen-to-body ratio. The display is vibrant as always with punchy colours and good viewing angles. It comes with Widevine L1 certification and HDR+ support, allowing you to stream content in better quality.

However, Samsung has stuck with 60Hz refresh rate on this device, as expected. In isolation, the display is smooth and you don't face any issues. But, OnePlus 7T and Realme X2 Pro are offering your 90Hz screen refresh rate for less than what you need to pay for the S10 Lite. This is a factor tough to overlook as a buyer. 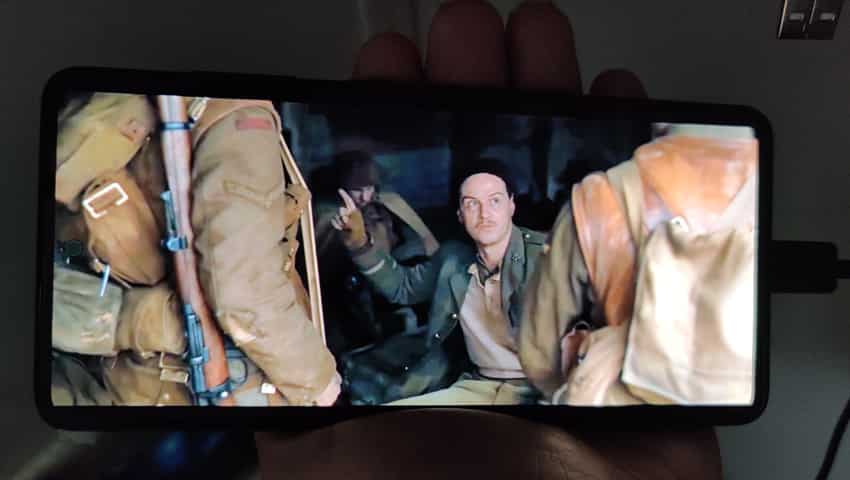 Probably, in the next months you will have more smartphones with 90Hz display -- some even with 120Hz refresh rate, making the S10 Lite look a bit outdated on this front too.

The other big change you notice from Samsung, not just in terms of specs but as an overall strategy, is the use of a Qualcomm chipset instead of the usual Exynos processor. The Galaxy S10 Lite ships in India with Qualcomm Snapdragon 855 processor paired with 8GB of RAM and 128GB of internal storage, the later expandable using a microSD card.

The company tells us that the decision to opt for Qualcomm chip was taken after studying the preferences of the Indian customers at this price point. Strangely though, the Note 10 Lite priced marginally less than the S10 Lite continues to use the Exynos processor.

Also, you get Snapdragon 855+ chipset on both OnePlus 7T and Realme X2 Pro but the difference between the two chipset is not that significant. The Galaxy S10 Lite is excels in daily tasks and is capable on handling demanding games like PUBG Mobile and Call of Duty: Mobile at high graphical settings.

A major highlight of the Galaxy S10 Lite is that it runs Android 10 with One UI 2.0 on top. This is probably one of the better optimised UI in the market right now with little to no bloatware. The new OS brings better gesture-based navigation and system-wide dark mode, among other things. 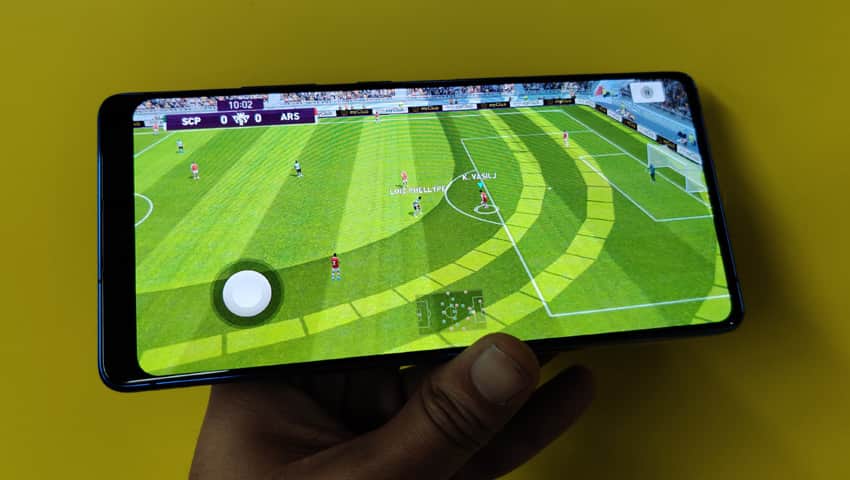 A feature that Samsung needs to address for the good is the relatively slower fingerprint sensor which remains to slow. In fact, there were times when it took me three to four attempts to unlock the smartphone.

The Samsung Galaxy S10 Lite packs a 4000 mAh battery which is claimed to last for a day. It comes with 25W charger inside the box which is fast. The battery easily last for a day on medium usage and the fast charging allows you to juice it up quickly.

This is where Samsung expects to beat its rivals and has been pretty vocal about Samsung Galaxy S10 Lite's camera capabilities. It has equipped the device with what the company calls - OIS (Optical Image Stabilization) - a feature that promises less blurry images and smoother video. To make the best use of this, you need to fix the phone on a gimble but otherwise too, the phone manages to record less-shaky videos. 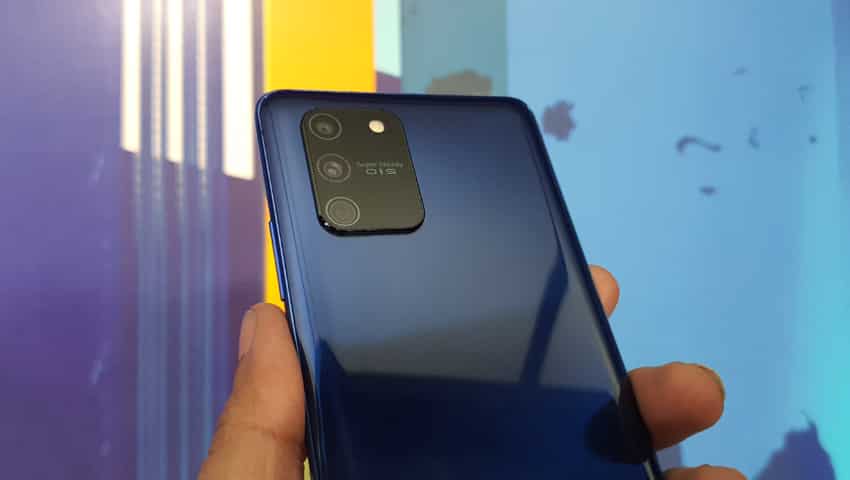 The Galaxy S10 Lite comes with a triple rear camera setup with a 48-megapixel primary sensor, a 12-megapixel ultra-wide and a 5-megapixel macro lens. The primary lens really comes on to its own in ideal light conditions, capturing some really good images. 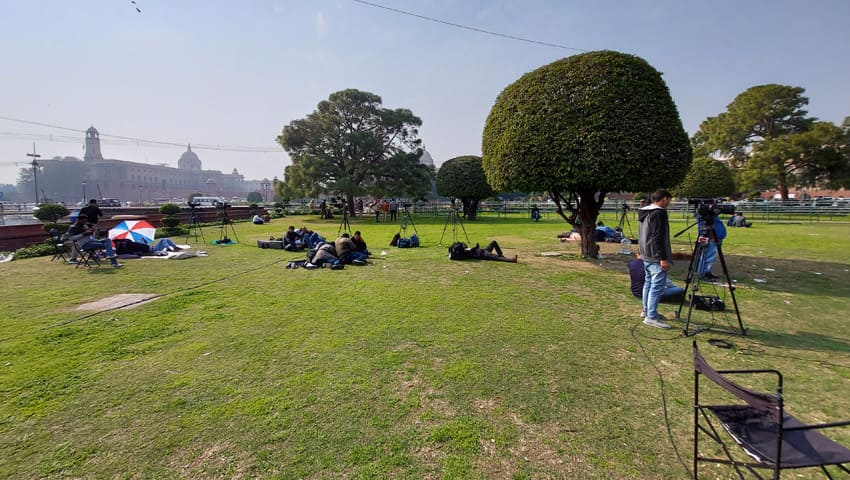 The portrait mode clearly distinguishes subjects from the backdrop, colours are more natural than most devices in the price range and details are perfectly capture too. The wide-angle continues to impress with range and while I managed to click some decent images with the macro lens, it does demand a lot of effort. 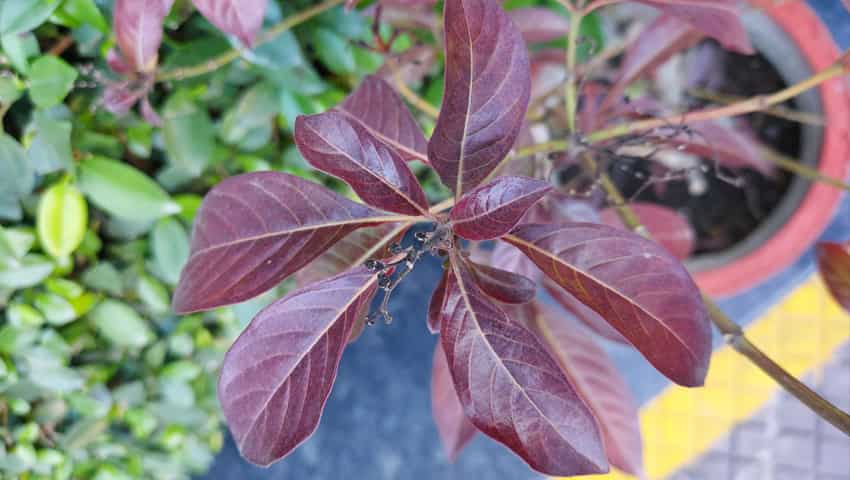 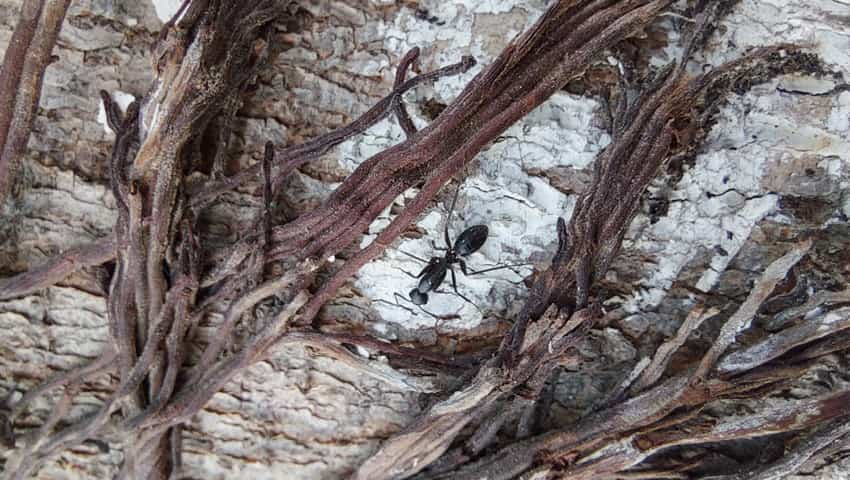 Basically, you need to have really steady hands to make the best use of this camera otherwise the images can easily end up blurred.

One thing I was a bit disappointed with was the overall video quality that you get on the S10 Lite. While the footage is quite stable, the output isn't that impressive. On the brighter side, you get the 'Live Focus Video' option in the camera app that allows you to shoot videos in the portrait mode.

The image stabilization on #SamsungGalaxyS10Lite is quite dope!

This is me walking with the phone while shaking it. Full review soon on @ZeeBusiness @SamsungNewsIN pic.twitter.com/Vjtv1YY5e8

On the front, the Galaxy S10 Lite features a 32MP selfie shooter which takes crisp shots, but only after you adjust the settings a bit. Otherwise, you can end up looking like a painting of yourself. The 'Live Focus' mode on the front camera is impressive though.

The entire idea of launching 'Lite' models of the flagship smartphones came from the fact that Samsung wanted to increase its presence in Rs 30,000 to Rs 50,000 segment. At best what it could come up with though is a challenger to the OnePlus 7T and not a clear winner. It does give users a chance to look beyond the usual and explore their options but the 60Hz display, Snapdragon 855 chipset and slightly higher price than competition are few things you need to consider.

Having said that, there are a lot of things that the Samsung Galaxy S10 Lite gets right. It features a fantastic display, comes with superior image capturing capabilities and a simplistic design. So, if you are a Samsung loyalist and don't want to spend Rs 50,000 on other S10 series devices, the S10 Lite emerges as a satisfactory option.