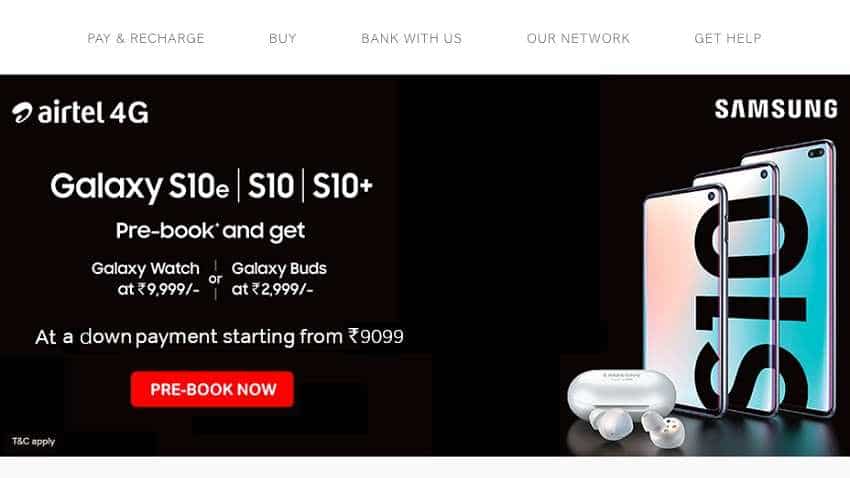 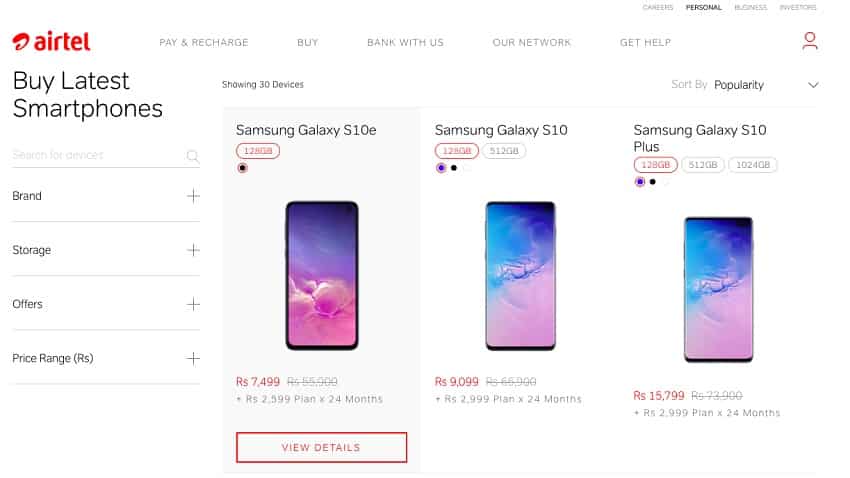 For Samsung Galaxy S10, Airtel has fixed that EMI at Rs 2,999 which has to be paid for 24 months. This would include one of Airtel's postpaid plan which offers unlimited local, roaming, and STD calls and a whopping 100GB of monthly data and a free subscription to a popular online video streaming service.

The pre-bookings of all three smartphones have already begun in India through Samsung’s official website along with Flipkart, Amazon, PayTM, Tata CLiQ, and various select retail outlets. The delivery of these devices will start from March 6.