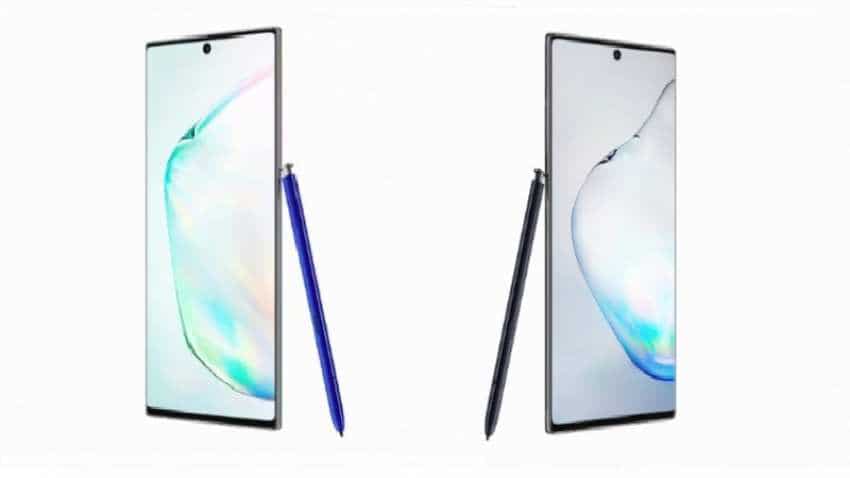 Samsung Galaxy Note 10, Note 10+ India launch: Ever since Samsung announced the Galaxy Note 10 series, we have been hearing rumours about its India launch date. Now, the South Korean electronics giant has confirmed that it will unveil its latest smartphones in India on August 20. Samsung has rolled out media invites for the event, confirming that both the phones will be launched in Bengaluru on Tuesday, the same date Realme is set to launch Realme 5 and Realme 5 Pro in New Delhi. These two would be Realme’s first devices to get quad camera setup at the back.

Samsung has confirmed its August 20 launch in a unique invite featuring a teaser GIF which shows the popular and now improved, S Pen making a sketch of the Samsung Opera House flagship experience store in Bengaluru, which will host the event. The event will kick off at 11:30AM and live streaming of the same should be available on company’s official website, YouTube channel and social media handles. Of course, we will be there to bring you all the updates.

As part of the launch offers, Samsung is offering Rs 6,000 cashback on HDFC and ICICI Bank credit or debit cards. Those pre-booking the Galaxy Note phablets will also be eligible to get the Galaxy Watch Active at just Rs 9,999.

What to expect from Samsung Galaxy Note 10 series?

The Galaxy Note 10 comes with a 6.3-inch Dynamic AMOLED Infinity-O display that runs at Full HD+ resolution (2280×1080 pixels) while the Galaxy Note 10 features a slightly larger 6.8-inch Dynamic AMOLED Infinity-O display with QHD+ resolution (3040×1440 pixels). Both the devices have been powered by all new Exynos 9825 octa-core processor, which is an upgrade on Exynos 9820 SoC used on the Samsung Galaxy S10 series.