South Korean tech giant Samsung is prepping a new wireless charger to be unveiled alongside the Galaxy Note 10, Phone Arena reported on Monday. 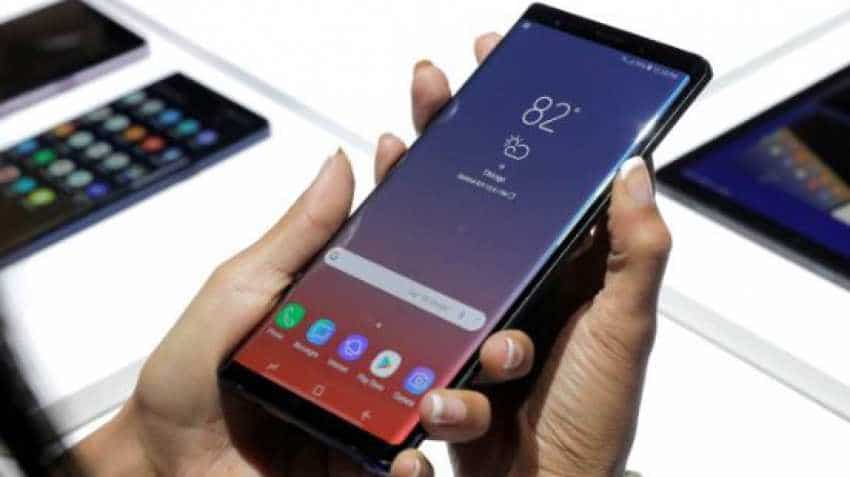 South Korean tech giant Samsung is prepping a new wireless charger to be unveiled alongside the Galaxy Note 10, Phone Arena reported on Monday. The same charger allegedly passed through the US Federal Communications Commission`s (FCC) certification process not long ago under the Wireless Charging Stand EP-N5200 moniker, Phone Arena said.

The company`s current flagships support fast wireless charging 2.0 which pushes a maximum output of 12W while the upcoming wireless charging stand EP-N5200 can push a 20W output. During the Mobile World Congress in Shanghai, the company showcased a 45W PD solution which aligned with previous rumours of the new Note line supporting faster wired charging speeds.

The Note 10 series will be launched on August 7. The regular Note 10 would have a display size of 6.28 inch, while Note 10 Plus would sport a bigger 6.75 inch display.  According to leaks, the Note 10 phones may use a three-stage variable aperture that will switch between f1.5, f/1.8 and f/2.4. Samsung currently offers dual variable aperture feature on Galaxy S series phones.

The Note 10+ is expected to be a 5G smartphone. There are rumours that it could also launch a separate 5G Galaxy Note device. The Note 10 series smartphones are expected to run on the Exynos 9820 SoC paired with up to 12GB of RAM. In addition, the company is likely to skip the standard 3.5 mm headphone jack and even physical keys for functions like volume and power on its upcoming Galaxy Note 10.