Samsung Galaxy Note 10, Galaxy Note 10+ launch highlights: Samsung has unveiled its second flagship series of the year and it comes with some mind-blowing features. Here is all you need to know. 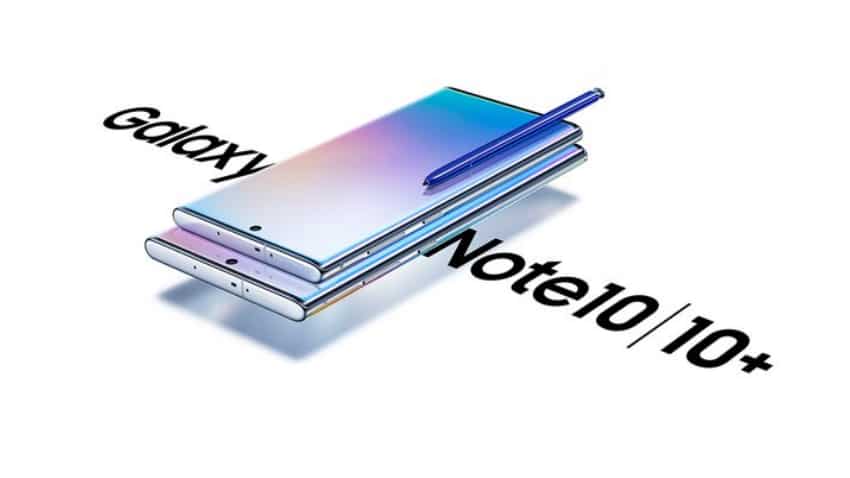 2:30 pm: The Samsung Galaxy Note 10 and Galaxy Note 10+ will be available starting August 23. The pre-orders for the same begin tomorrow.

2:25 pm: Samsung unveils the all new Galaxy Book S. It comes with a 13-inch touch screen and comes in two colour options. Samsung claims that the device looks like a laptop but has the essence of a mobile phone. It gives you the freedom to work from anywhere, anytime. It has been priced at $999 and will be available starting September 2019.

2:20 pm: Samsung has announced a new partnership with Microsoft to integrate its new mobile phones with the company. As part of this partnership, the Samsung Galaxy Note 10 users will get some experiences from Microsoft to ehance their experience.

2:17 pm: Samsung also unveils an special variant of the recently launched Galaxy Active Watch 2 that has been prepared in partnership with Under Armour. 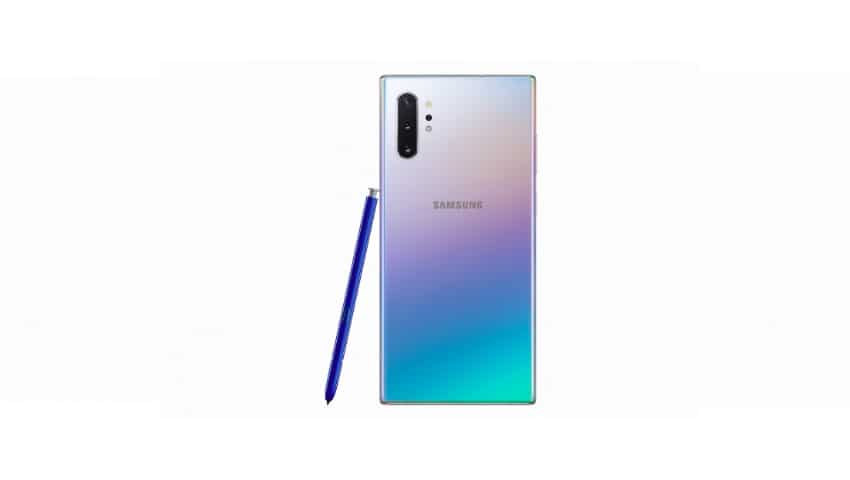 2:00 pm: The Galaxy Note 10 comes with AR and 3D capabilities into the camera. The AR Doodle allows users to personalise photos with dynamic drawings, effects, and animations that track to the image. And with 3D Scanner5, a groundbreaking first for the Note, the Galaxy Note10+’s DepthVision camera can take a scan of an object6, and instantly turn it into a movable 3D rendering.

1:54 pm: Samsung claims that with the Note 10 you get an end to end photography experience. The all new Galaxy Note 10 will allow you to add the Bokeh effect on the videos as well. Also, it allows you to zoom in on both video as well as sound.

1:49 pm: The new Samsung Galaxy Note 10 claims to understand multiple handwritings. The S Pen is confirmed to come with a gesture control. This means you can use the Pen to control the device without even touching it.

1:45 pm: The Galaxy Note10 and Galaxy Note10+ will be available in Aura Glow, Aura White and Aura Black starting from August 23. All the colour variants come with a S-Pen.

1:40 pm: DJ Koh, President and CEO of IT & Mobile Communications Division, Samsung Electronics unveils the all new Samsung Galaxy Note 10. He said that Samsung is at the forefront of technology and added that security is one of the important aspects for the company.

1:32 pm: The Samsung Galaxy Unpakced event has started in the US. The company is set to make some important announcements apart from launching the two flagship smartphones.

1:20 am:  We are minutes away from the start of the Samsung Galaxy Note 10 launch. Stay tuned!

12:45 am: Ahead of the Note 10 series launch Samsung has unveiled the the Exynos 9825 which is claimed to bring evolved power to deliver next generation mobile experiences from gaming to intelligent photography and AI-powered assistants. It features industry’s first 7nm EUV processing technology and claims to improve the phone's battery life. The processor is expected to power both the new smartphones.

12:40 am:A 5G variant of the Samsung Galaxy Note 10+ has also been launched by the company which comes with the same specs with additional 5G support.

12:25 am: It has been reported that the all new S-Pen will come with features like new air gestures and the capability to remotely switch between camera lenses. Meanwhile, Bothe new devices are expected to come with massive batteries that will be supported by fast charging.

11:45 pm: Stay tuned as we bring you all the live updates from the Samsung Galaxy Note 10 and the Galaxy Note 10 Plus launch. The event will start at around 1:30 am IST and you will get all the updates here.