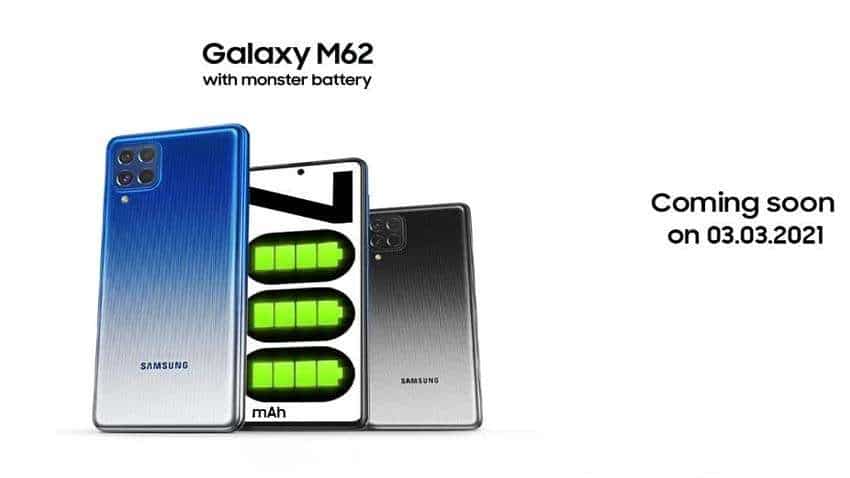 The smartphone brand didn't reveal the pricing of Samsung Galaxy M62 as of yet. The official website reveals that the phone comes with 8GB RAM and two storage options including 128GB and 256GB.

The Samsung Galaxy M62 features a 6.7-inch full-HD+ Super AMOLED Plus display with resolution of 1080 x 2400 pixels and it is powered by unnamed octa-core SoC. The device is most likely the Exynos 9825 SoC that powers the Galaxy F62, the BGR India reported. The smartphone comes with 8GB RAM and 256GB of internal storage. There’s an expandable storage option as well.