Samsung Galaxy M10s review: Originally priced at Rs 8,999 in India for the 3GB RAM and 32GB internal storage model, the smartphone is one of the cheapest in the country to come with a Super AMOLED display. Now, the questions is - Should you buy this budget smartphone? Well, we have spent quite some time with Samsung Galaxy M10s and here is what we think about it. 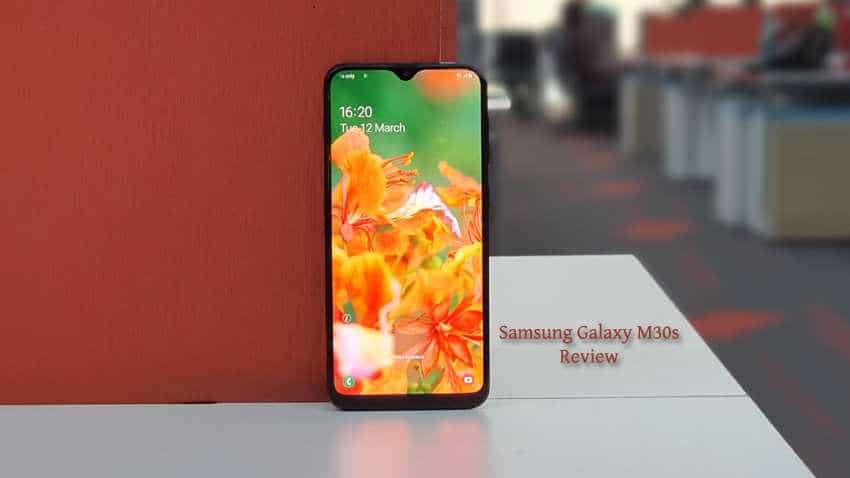 The Galaxy M10s competes against Xiaomi's Redmi 8 and Realme 5 in the market.
Written By: Manas Tiwari
Edited By: Harish Dugh
RELATED NEWS

Samsung Galaxy M10s review: Samsung has been on a smartphone launching spree this year to beat their nifty Chinese rivals at their own game. While the 'S' and 'Note' series are always eagerly awaited, the South Korean electronics giant has also made a lot of noise in 2019 with its 'M' and 'A' series. Leading up to Diwali, it launched four budget and mid-range smartphones - Galaxy A50s, Galaxy A30s, Galaxy M30s and Galaxy M10s - the last, we have reviewed here. The Samsung Galaxy M10s follows the Galaxy M10 launched earlier this year in India and comes with several improvements at a highly competitive price point.

Originally priced at Rs 8,999 in India for the 3GB RAM and 32GB internal storage model, the smartphone is one of the cheapest in the country to come with a Super AMOLED display. The price has also been slashed since the launch, making it a much more attractive option. Plus, the battery size on this one has also been increased. 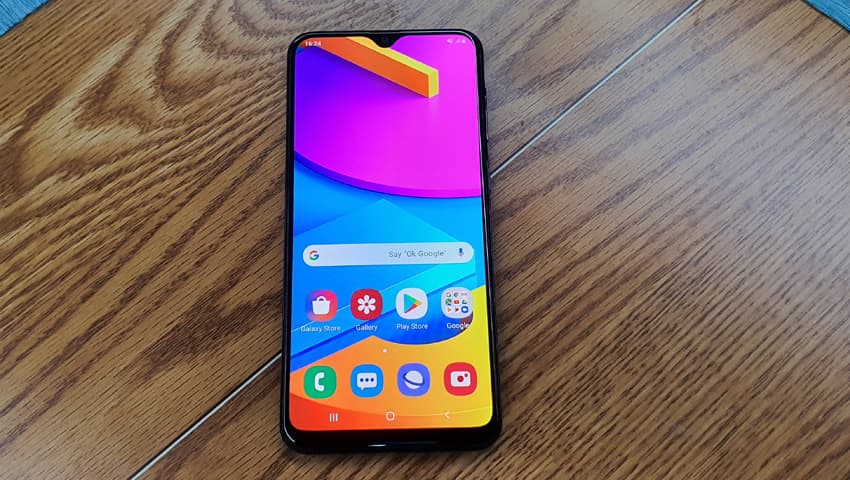 The Galaxy M10s competes against Xiaomi's Redmi 8 and Realme 5 in the market. Since it comes in almost a similar range, the device can also be compared with Infinix Hot 8 and Moto E6s.

Now, the questions is - Should you buy this budget smartphone? Well, we have spent quite some time with Samsung Galaxy M10s and here is what we think about it.

The Samsung Galaxy M10s is undoubtedly a major upgrade on its predecessor when it comes to design. The smartphone is unbelievably compact and sleek for a device that packs a 4000 mAh battery. Also, the weight has been kept under check at just 169 grams. This is will definitely impress those who prefer compact smartphones. Samsung has opted for a poly carbonate back with curved edges instead of a plastic back. This makes the back panel prone to fingerprint smudges and you should ideally apply a cover. 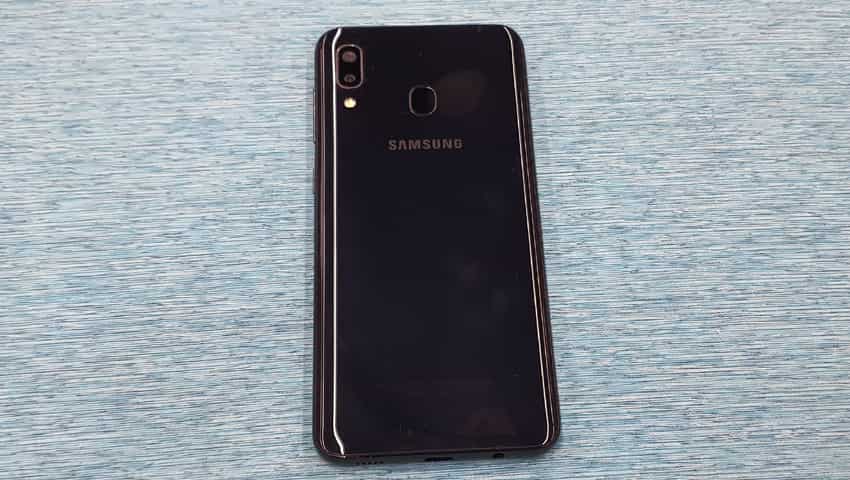 The Galaxy M10s comes in two colour options - Piano Black and Stone Blue. We had the Piano Black colour for review purposes. Both the models are basic and elegant. They clearly don't give a premium look to the smartphone but keep things simple. Some would say that is good to see.

The other design elements include, on the right panel, the volume rockers as well as power button while the speaker grill, 3.5mm jack and Type-C USB charging port are at the bottom. The latter is becoming increasing popular among smartphone brands but is still rare in the budget segment. The left panel houses the SIM tray which comes with a dedicated microSD card slot that can be used to expand the internal storage up to 512GB. 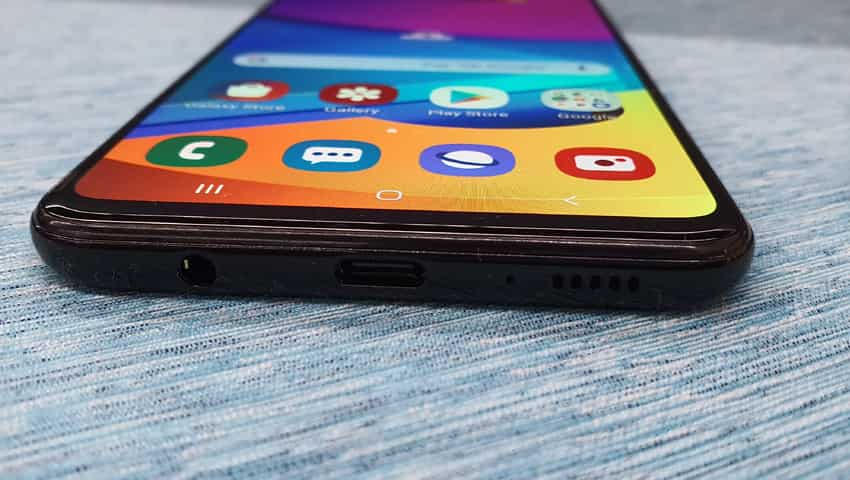 The back panel features the dual rear camera setup, LED flash and a fingerprint scanner which was missing on the Galaxy M10. There is, of course, Samsung branding too. 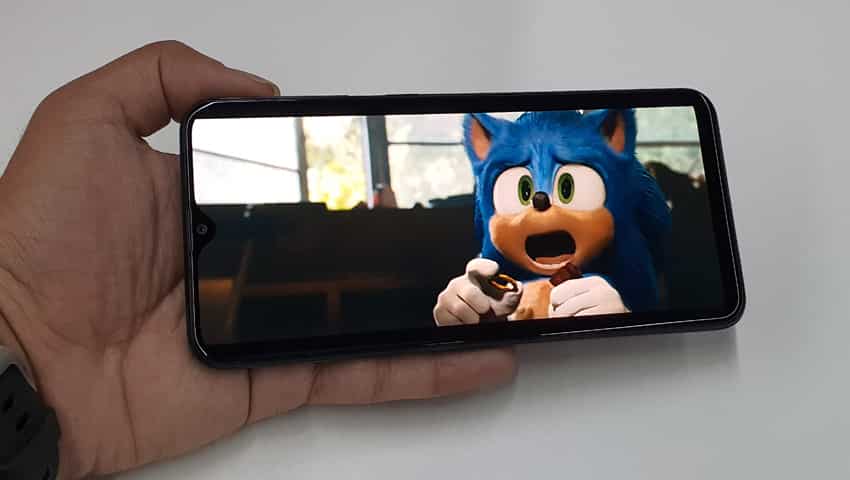 The display now. As I mentioned above, the Galaxy M30s is one of the cheapest smartphones to come with a Super AMOLED display in India. It features a 6.40-inch HD+ (1520×720 pixels) Infinity-V Super AMOLED display which is vibrant and highly effective even in bright daylight. The bezels have been kept at minimum, making the Galaxy M10s a good option for streaming content.

Samsung has also update the chipset on the Galaxy M10s. While the M10 came with Exynos 7880 processor, the Galaxy M10s ships with Exynos 7884 octa-core chipset clocked at 1.6GHz. This is coupled with 3GB RAM for a peppier performance. You can run heavy gaming titles like PUBG: Mobile and Call of Duty: Mobile on low to medium settings. However, the smartphone struggles a bit as you change the settings towards the higher end.

That said, it is a decent device for a normal user. You don't face any trouble switching between the apps or during multitasking. To expect a budget smartphone to deliver more than this, would be unfair. 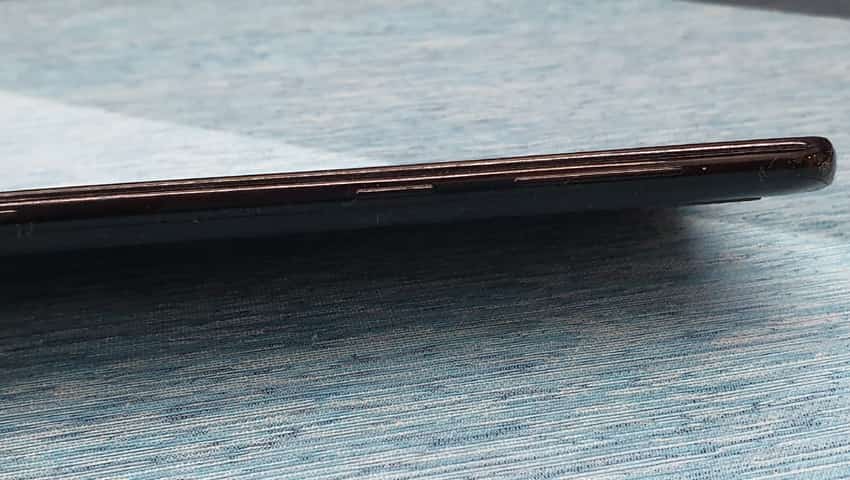 The Samsung Galaxy M10s runs OneUI 1.1 on top of Android 9. It will be interesting to see when or whether the company brings Android 10 to this budget offering. The UI is quite clean and offers a smooth experience. There are few pre-installed apps on the device like Booking.Com, Helo and Snapchat. You can uninstall them if not needed.

There are few useful Microsoft apps like Office Mobile and LinkedIn as well.

For photography, the Galaxy M10s comes with a dual-camera setup that consists of a 13-megapixel primary sensor with f/1.9 aperture, and a 5-megapixel ultra-wide-angle lens. The primary camera is decent and captures good images in daylight. In lowlight conditions, the quality definitely goes down. 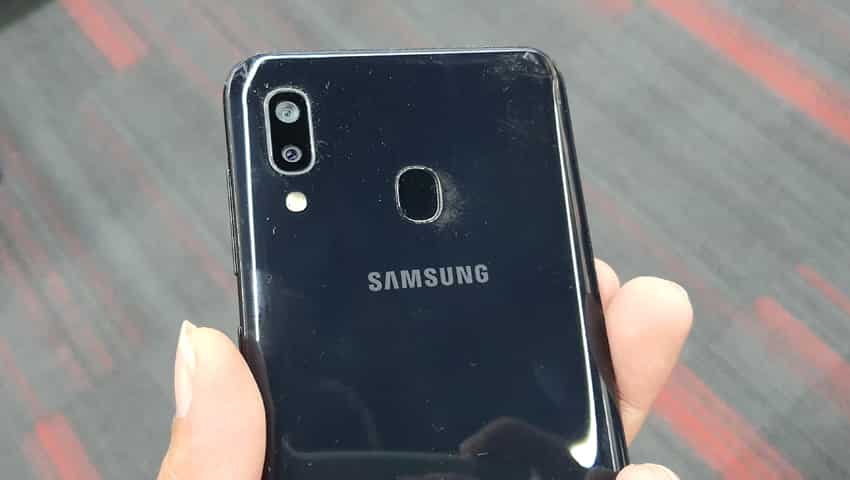 So, if you are looking for a smartphone under Rs 10,000 only for clicking images, Realme 5 probably emerges as a better option.

On the front, the Samsung Galaxy M10s features a 8-megapixel snapper for selfies and video calls. The Live Focus mode also works on the front camera which means you can adjust the blur in the background even while clicking selfies. The camera app is basic and doesn't have too many options.

Samsung Galaxy M10s: Should you buy?

Samsung has paid a lot of attention to the budget segment this year and it has started to reflect in the smartphones that have been launched by the company recently. Several features like a Super AMOLED display, fingerprint scanner and bigger battery that were missing in these devices have now been introduced. The Galaxy M10s is one of the better attempts by the smartphone maker to compete in a segment that has been dominated by Xiaomi and Realme over the last 12 months. 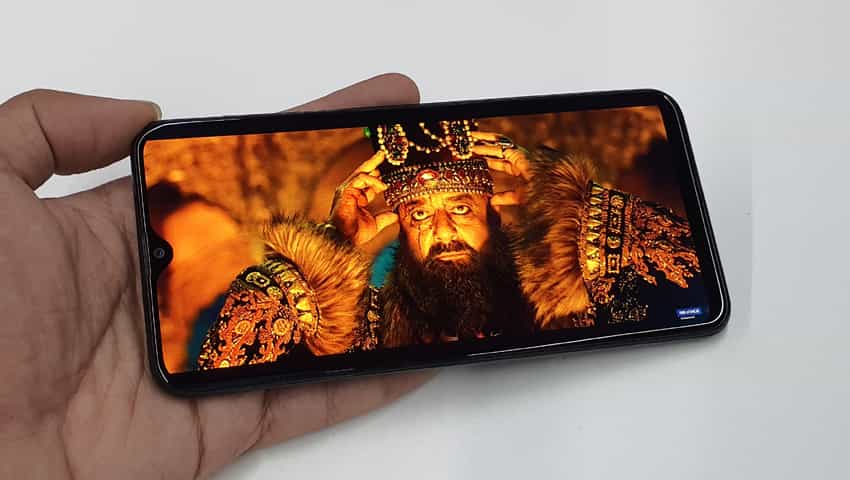 It offers an impressive Infinity-V Super AMOLED display, 4000 mAh battery, decent processor and good cameras. It stands right next to other offerings by competitors in this segment, if not ahead. The Galaxy M10s is an all-rounder that offers you decent value for money.