Samsung Galaxy Fold vs Huawei Mate X: The game is on! 2019 was expected to be the year of foldable smartphones and 5G technology. And, the smartphone manufacturers are leaving no stone unturned to make that happen. 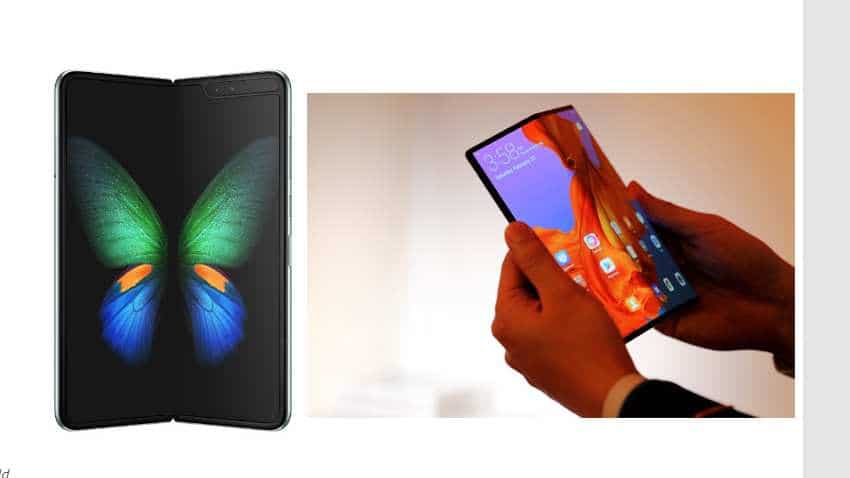 The game is on! 2019 was expected to be the year of foldable smartphones and 5G technology. And, the smartphone manufacturers are leaving no stone unturned to make that happen. Within last week, both Samsung and Huawei have announced their foldable smartphones while Oppo too has shown a prototype of a foldable phone, without giving out any details about its possible launch. Samsung was the first to board the plane when it launched first-ever foldable phone ‘Galaxy Fold’, last week in San Francisco. DJ Koh, Samsung Electronics’s president and CEO of IT & Mobile Communications Division, said that 'Samsung is writing the next chapter in mobile innovation' history by changing 'what’s possible in a smartphone'.

Five days later, Huawei, the world’s third-largest smartphone vendor after Samsung and Apple, said it had taken the lead on developing 5G phones - which promise super fast internet speeds for consumers and businesses - because it was also involved in developing the networks.

"This phone is not only for today for 5G but also for future 5G. On all the benchmarks you can see the performance, the speed is the fastest for 5G in the world," said Richard Yu, head of Huawei`s consumer business group.

Both these devices come with high-end specifications, big camera megapixels, and multiple screens. At the same time, they seem to challenge what a customer can spend on smartphones. Samsung priced its phone almost twice as much Apple's current devices that are not foldable, and Huawei's Mate X would cost even more. So, who wins this battle? Let's find out:

Samsung has added a new polymer layer to Galaxy Fold and claims to have created a 50 percent thinner than the typical smartphone display. The company said that new material makes Galaxy Fold 'flexible and tough, built to last'. The fingerprint scanner has been moved to the left and components are evenly distributed so Galaxy Fold feels balanced in hands. The phone will be available in four colours: Space Silver, Cosmos Black, Martian Green and Astro Blue. It has a smaller screen of 4.6-inch which expands to a 7.3-inch display.

Huawei Mate X features a dual-sided flexible OLED panel and a falcon wing mechanical hinge that bends outwards and converts the 6.6-inch FullView display of the smartphone into an 8-inch tablet. The display is notch-less and Huawei claims that it is slimmer than Samsung’s foldable phone.

Samsung has equipped Galaxy Fold with a high-powered, next-generation AP chipset and 12GB of RAM with PC-like performance. It comes with a massive 512GB storage. Galaxy Fold hosts two 3,100mAh batteries that makes the device capable of charging itself and a second device simultaneously via "Wireless PowerShare" technology while connected to a regular charger.

Ten years after the first Galaxy, we didn’t just change the shape of the phone, we changed the shape of tomorrow. #GalaxyFold
Learn more: https://t.co/gYYGF4ZvdJ pic.twitter.com/C8s0Jxdhkz

Mate X is fuelled by the company-owned Artificial Intelligence (AI)-enabled Kirin 980 processor. It also has 512GB storage and runs on 8GB RAM. Mate X sports a 4,500mAh dual battery with several industry-first features including a new superfast charging capability that claims to reach 85 per cent battery in just 30 minutes.

While not much can be said about the performance of the two devices, price is where things get interesting. Samsung Galaxy Fold has been priced at around $2000, while Huawei Mate X would cost customers around $2,600 - both catering to a specific set of customers.

Samsung will ship the first million units of 4G Galaxy Fold globally starting April, the availability of Mate X in India will depend on the 5G network provisions. The company has said that it is not planning to roll out a 4G version of the Mate X anytime soon. This means the device could be available in India in 2020 as the country is yet to allocate 5G spectrum to operators even for 5G trial use.