Samsung Galaxy Fold review: Buy it if you can

Samsung Galaxy Fold Smartphone Review:  Launched last month in the country after multiple delays, the smartphone pushes the limit by pricing itself at a jaw-dropping cost of Rs 1.65 lakhs. How good is it? Let's find out. 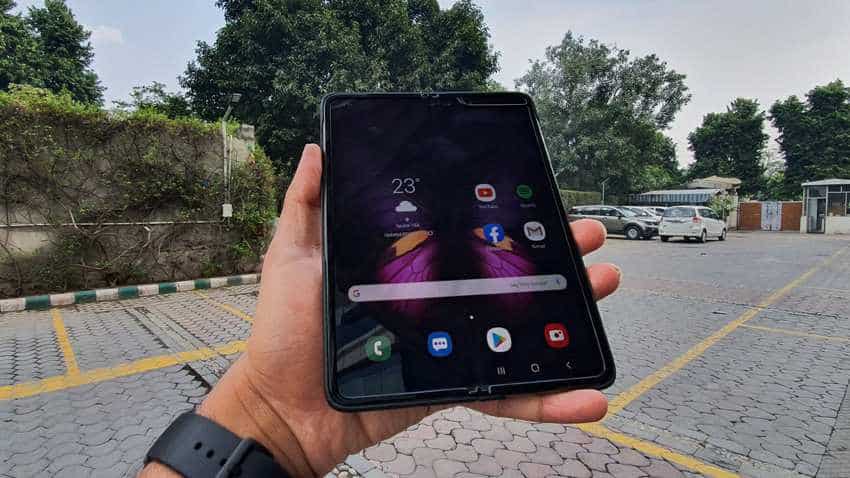 Samsung Galaxy Fold review: There is no doubt that the design is impressive.
Written By: Manas Tiwari
Edited By: Harish Dugh
RELATED NEWS

Samsung Galaxy Fold Smartphone Review: "Unfold the future, Meet your Galaxy Fold" - this is the message you are welcomed with when you open the Samsung Galaxy Fold box. And, this smartphone is truly way ahead of its times. If five years ago somebody would have told me that a phone could open or close like a book, I would have never believed that, seriously. But, this is how far the technology has come from that point till here in this era. And, today, I am, reviewing India's first foldable smartphone. Launched last month in the country after multiple delays, the smartphone pushes the limit by pricing itself at a jaw-dropping cost of Rs 1.65 lakhs.

Before we move on to the micro details, let's address all the negative points. Yes, at Rs 1.65 lakhs, this is India's most expensive smartphone and certainly, not made for everyone. A vast majority of smartphone users can't afford this smartphone. I can't and I am sure most of you can't either. However, there are people who can and are. In fact, Samsung claims to have sold 1600 units in the first sale itself. This means there is definitely a market for these premium devices! 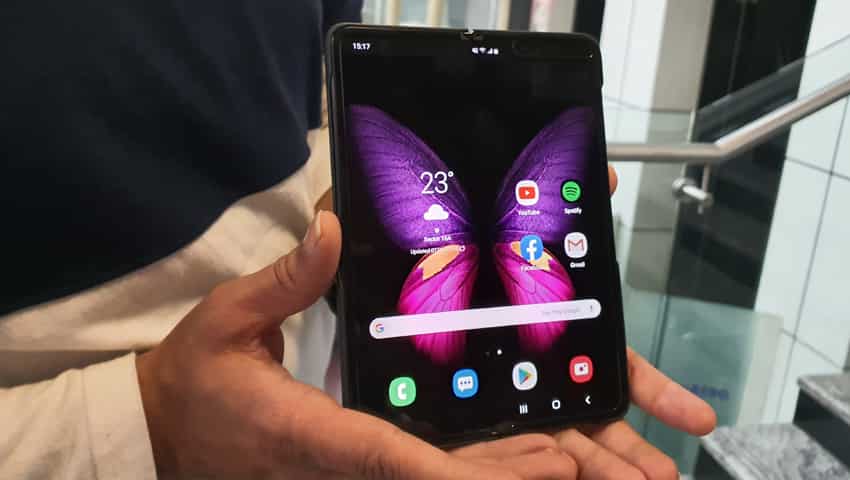 Even if you are able to purchase the phone somehow, you will have to handle it with extra care. Since the technology is relatively new and the two screens are joined by a delicate hinge, the phone is definitely sensitive. At 276 grams, it is heavy as well. These are some of the major issues that you are likely to come across or should consider before purchasing the device. Now, let's move on and do a detailed review of Samsung Galaxy Fold.

There is no doubt that the design is impressive. This is also largely due to the fact that there is nothing like this in the market right now. The Samsung Galaxy Fold features two screens - a primary 7.3-inch Infinity Flex Display and a secondary 4.6-inch HD+ Super AMOLED display. The smartphone is essentially a narrow yet thick device with 4.6-inch display that can be unfolded like a book for a mini-tablet like experience. 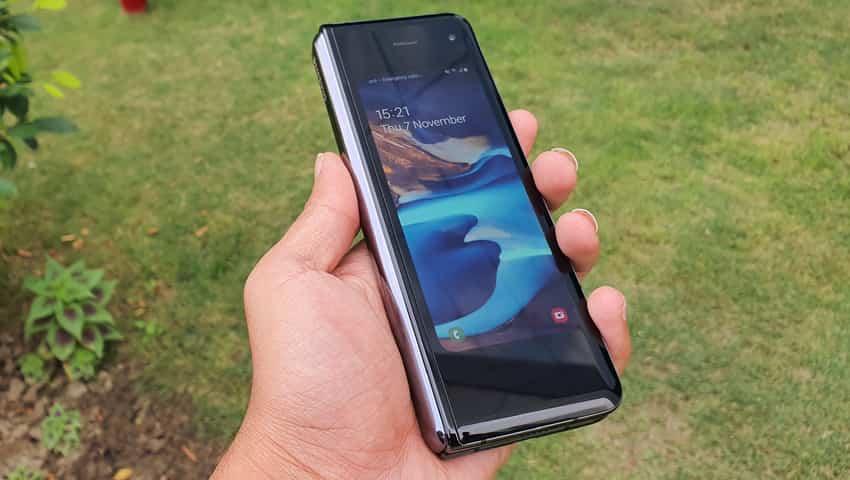 While folding and unfolding the phone, you need to apply extra pressure while being very careful. Otherwise, you might end up damaging the device. The build quality of the smartphone is quite good and it does look premium. Just like Samsung's 'S' and 'Note' series, you know that there is something expensive in your hands. The good thing is that even though there are two screens, the crease is not visible once the phone is opened. However, you can feel it while using the device. 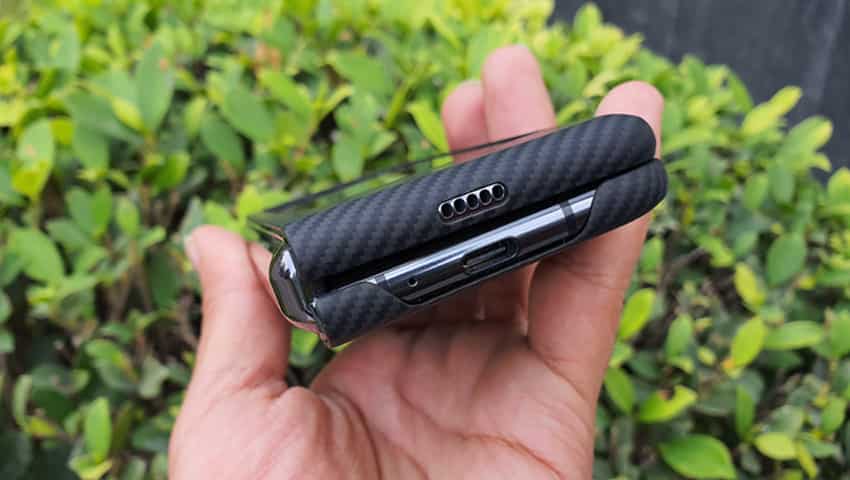 On the right panel, you get the volume rockers, power button and fingerprint scanner. There are two speaker grills on the Samsung Galaxy Fold on either sides. Inside the retail box, you also get a specially designed case for Samsung Galaxy Fold.

The cover screen is very small and can mostly be used for calling, texting or sending emails. For other tasks, you will have to switch to the larger screen that seems perfect for gaming, multitasking and video streaming. There are total six cameras in the device - three at the back panel, one above the cover display and two on top of the bigger screen. 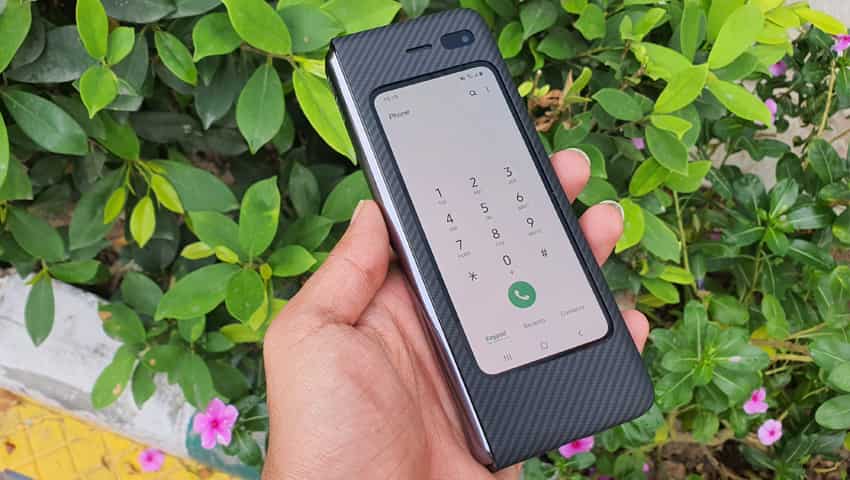 There are certain design elements that can be improved in the future like the positioning of dual front facing camera that makes the main display uneven. This does affect your gaming and streaming experience. The navigation keys are placed on the right side of the screen which is unusual and will need some time to get used to.

Samsung will ship the Galaxy Fold with its latest 7nm octa-core Exynos 9825 processor in India. It will be coupled with 12GB RAM and 512GB UFS 3.0 internal storage. The app transition between the two screens is very smooth. If you are using an app on one screen and switch to the other display, the app adjusts itself accordingly.

We tried heavy gaming titles like Strike Force and Asphalt 9 on the Samsung Galaxy Fold and didn't face any real issues. 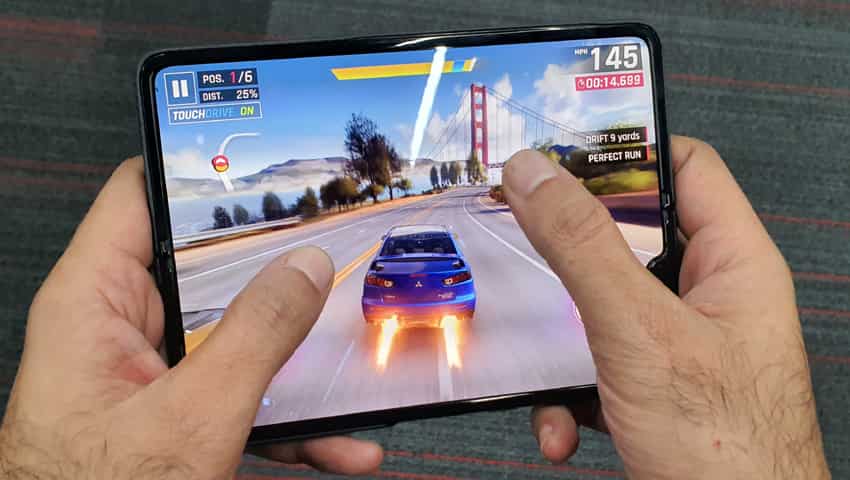 The company has smartly packed two different batteries in the Galaxy Fold - one for each display - offering a combined 4,380 mAh battery capacity. Notably, if one of the batteries run out of power, the other battery automatically powers the second screen. It comes with USB Type-C fast charging as well as wireless charging.

The two display mechanism comes into play when you switch on the 'multi-tasking' tray on the device. This feature allows you to open multiple windows on the device, allowing you watch watch videos and work at the same time. You can also type on one screen while opening a file on the other. The feature is very handy as it improves multitasking. 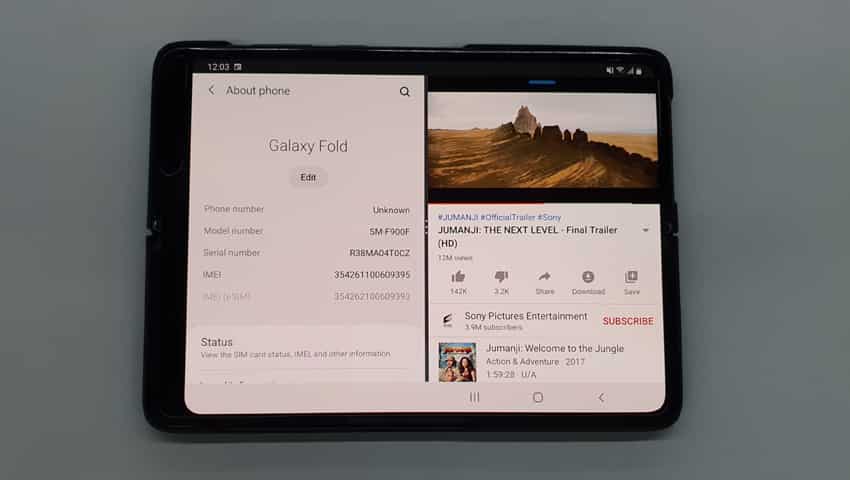 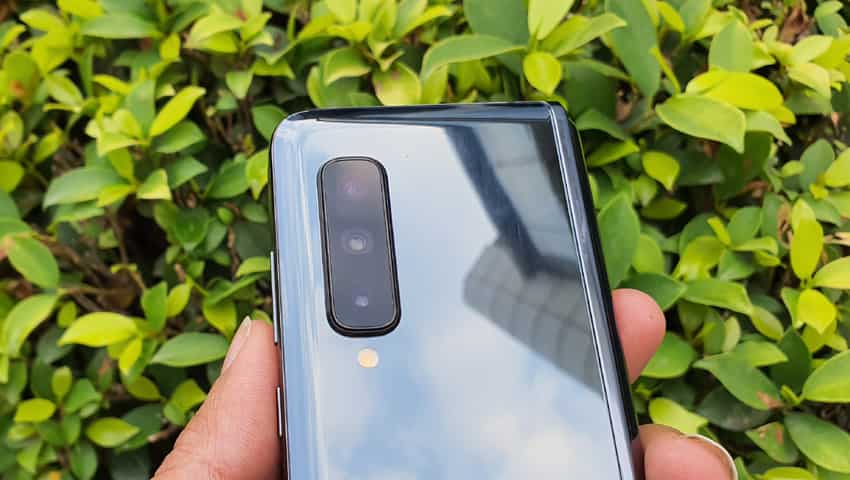 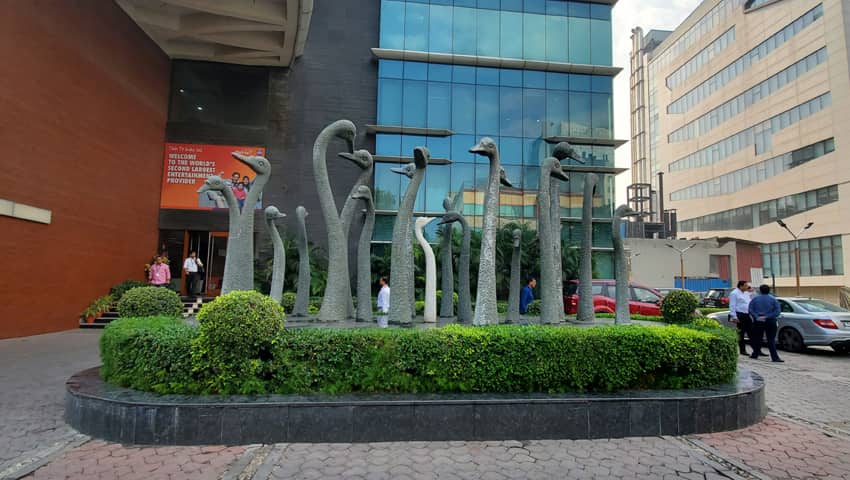 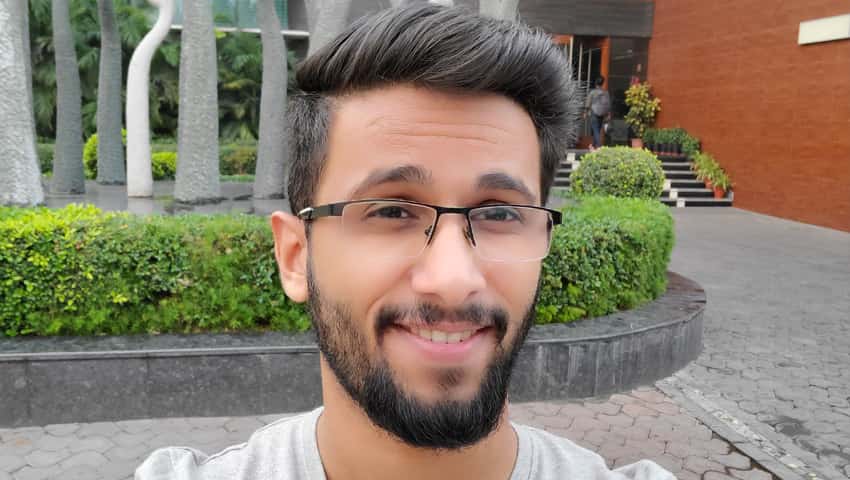 The Samsung Galaxy Fold captures top quality images, especially from its rear camera module. The best part of the camera is that the colour reproduction is natural.

No matter how many features a smartphone offers or how innovative it seems, it all comes down to one question - Should you buy it or not? However, in case of Samsung Galaxy Fold, the biggest question is - Can you even afford to buy it? The pricing, you know! As mentioned above, the smartphone has been priced at Rs 1.65 lakhs and is not everyone's piece of cake.

To justify the price, what I feel, Samsung is giving a pair of Samsung Galaxy Buds inside the box. This is an additional benefit you get. 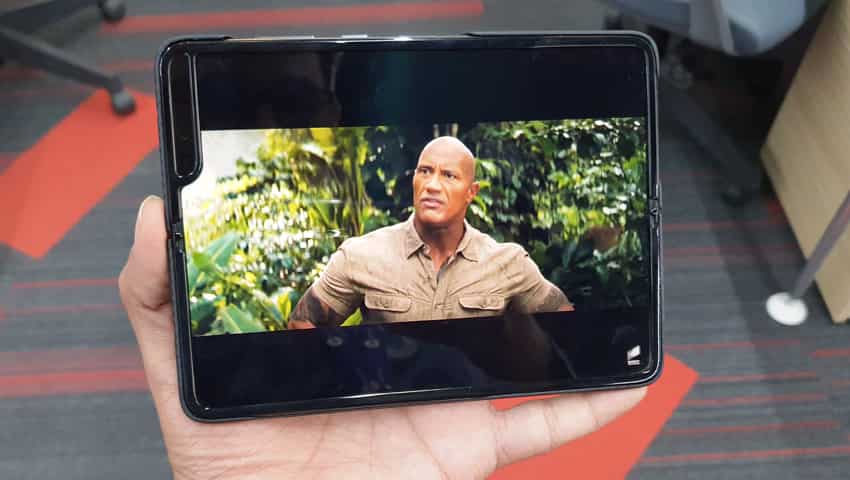 You can definitely consider buying this phone if you can. But, also keep in mind that this is a delicate device. So, spend only if you consider yourself responsible and believe that you can use the Galaxy Fold without damaging it. There are few certainties that come with the Galaxy Fold - you can show off this smartphone wherever you go and have long conversations around this.

How much you are actually going to use it, entirely depends on you.