Samsung Galaxy Buds Live review: How do they fit in ears? Do they stay in? Where does the sound come from? Do they feature noise cancellation? We have been using the Galaxy Buds Live for a few days now and it is time to answer all these questions. 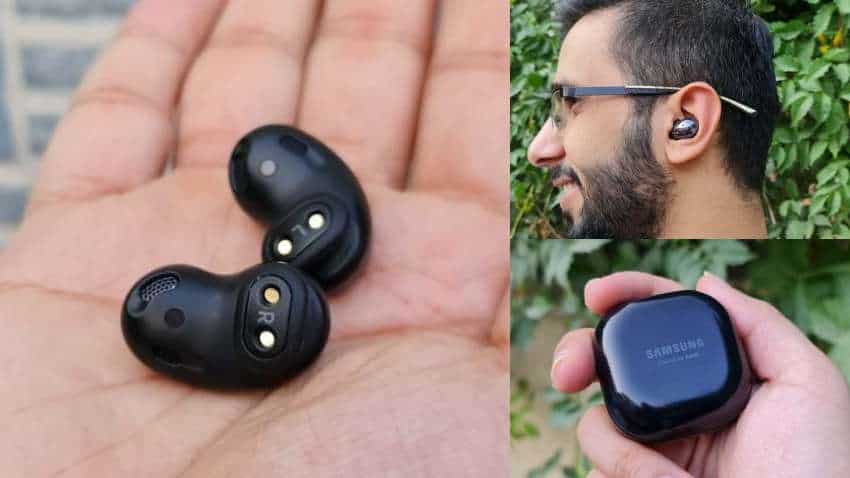 The changes in design are visible, starting with the charging case – a compact square-shaped box with glossy finish.
Written By: Manas Tiwari
Edited By: Harish Dugh
RELATED NEWS

How do they fit in ears? Do they stay in? Where does the sound come from? Do they feature noise cancellation? We have been using the Galaxy Buds Live for a few days now and it is time to answer all these questions.

Often have I said that design is a subjective thing – what I may not like, you might love and, vice-versa. Things are even more interesting with the Galaxy Buds Live as they sport a design that wasn’t seen before. So, there will be a lot of discussions and arguments around it, for sure. The least I can say is that it is a welcome change from similar-looking, boring design that has already been over-exploited in the short history of TWS earphones. 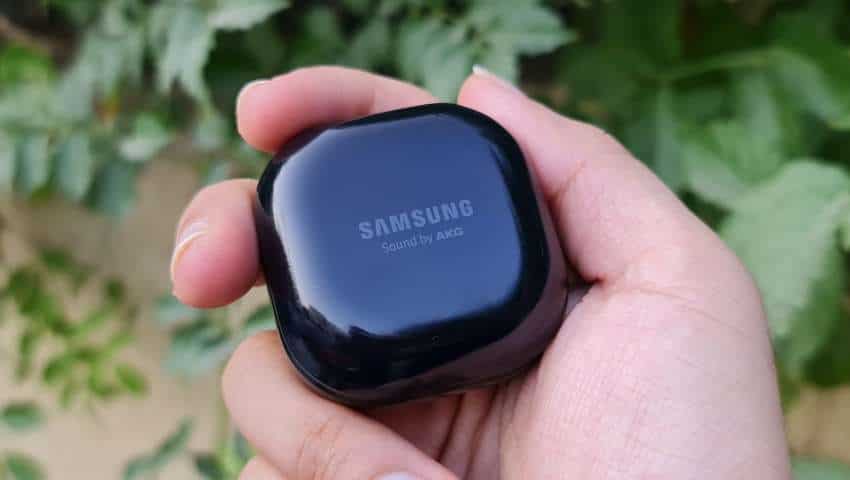 The changes in design are visible, starting with the charging case – a compact square-shaped box with glossy finish. The charging case comfortably fits in your palm or pocket and is light as well. It has Samsung branding on top, a LED indicator on front and a Type-C USB charging port at the back. Right below the company branding you get the familiar ‘Sound by AKG’ tagline.

The charging case also supports wireless charging, which is super useful, especially as long as we continue to work from home.

I can’t deny that the first few days were tough, trying to get used to the new form factor. It was difficult to figure it out and also the right positioning of ends. Once you get used to the design, you start appreciating it. 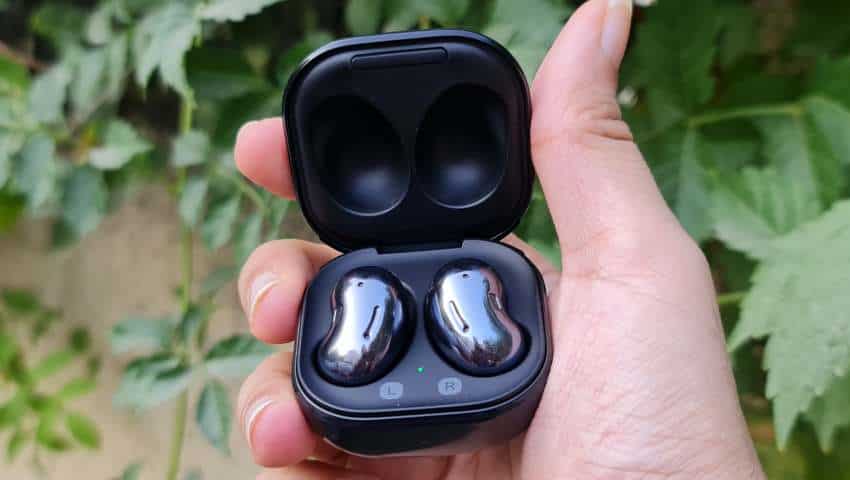 The buds are extremely lightweight and seamlessly fit in your ear. Since, they occupy almost the entire ear canal, they help create a vacuum and block external noises. While this isn’t as effective as you may get on the in-ear earbuds, it does make a difference. While the buds don’t come off completely, they do require frequent readjustments to keep them in place.

One problem leads to two. Since the touch sensors are on top of the buds, you end up activating a command almost every time you try to adjust the earbuds. You should expect better implementation of this design in the next-gen buds live.

The Galaxy Buds Live are available in Mystic Black, Mystic Bronze, and Mystic White colours. We got the Mystic Black unit for the review but, I must say that the Bronze colour variant is the show stealer. 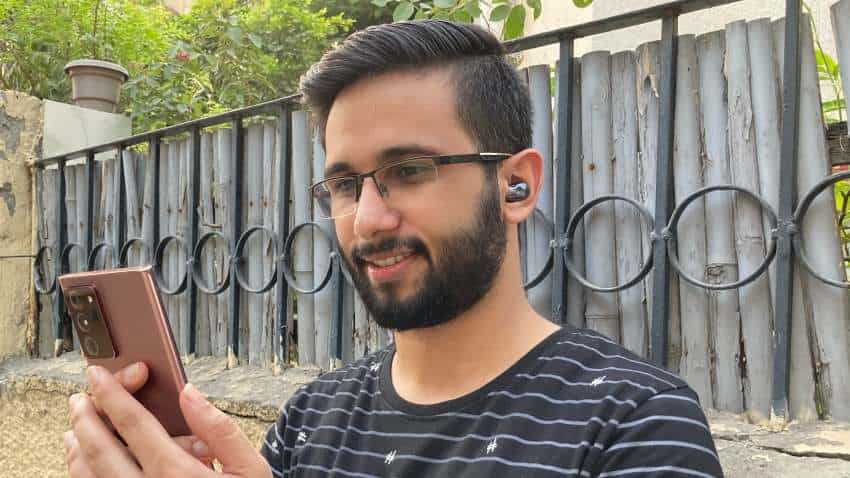 To breakdown the touch controls, you can play of pause tracks with a single tap while a double-tap allows you to skip songs, answer or end calls. Triple tap allows you to go back to the previous song. You can tap and hold the sensor to enable Google Assistant. Most of these commands can be customised using the Samsung Galaxy wearable app.

You need to download Samsung Galaxy Wearable app to access full functionality of the buds. The app shows the charging of the case as well as buds, allows you choose between different sound profiles, customised touch controls and a lot more. It also helps you update the firmare, whenever a new version is released. 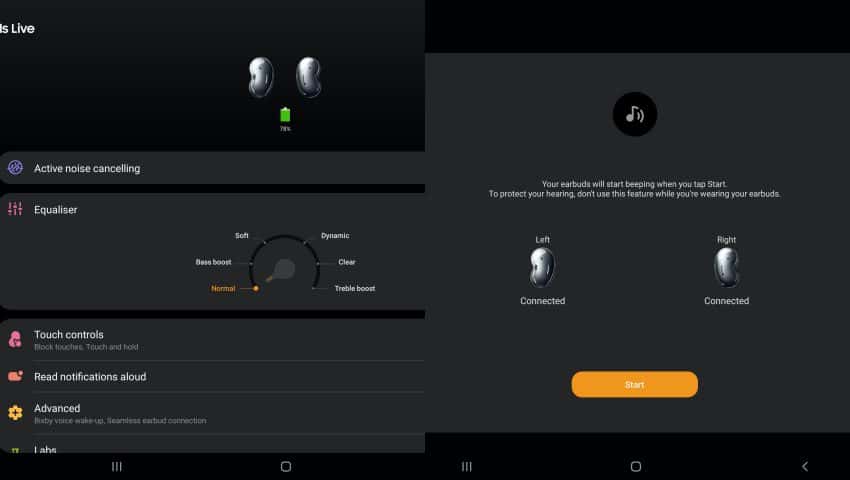 One connectivity feature that comes in really handy is the multi-device support which allows you to connect two devices to the Buds Live at the same time. While it does not change focus as per the audio, it saves you from the pain of disconnecting the buds from one device, before connecting it to another.

The Galaxy Buds Live pack powerful 12mm drivers and support SBC, AAC, and the scalable Samsung codec (proprietary). The last only works through Samsung devices. Along with this, you get Bluetooth 5.0 connectivity.

In the real world, the sound quality is one of the best, if not the best. The balanced audio profile on the Buds Live is really close to what you get on the Sony WF-1000XM3, which is right now the gold standard when it comes to TWS. The air vent design adds life to music without over ehancing the sound. 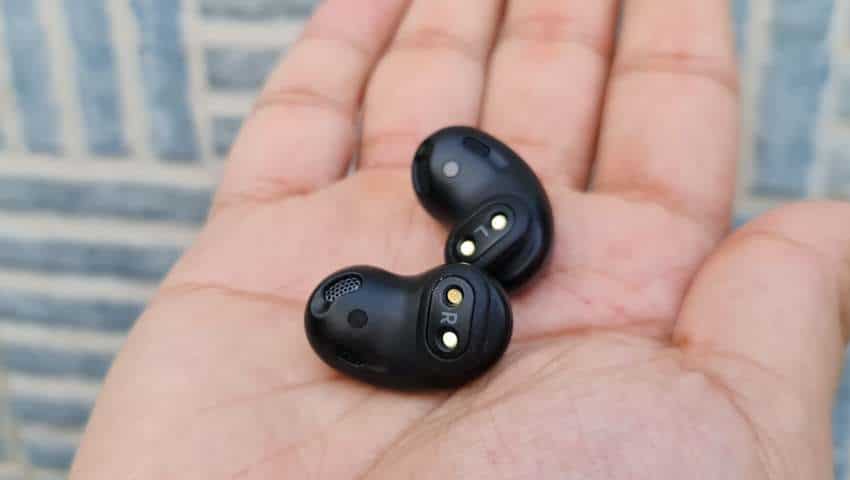 I really enjoyed the understated bass production on ‘Kings & Queens’ by Ava Maxx which is powerful to the extent where is clear separation from vocals and almost no distortion of audio even when the volume is full. The tracks like ‘Thrift Shop’ by Macklemore & Ryan Lewis, Wanz and Wiggle by Jason Derulo and Snoop Dogg where beats set mood, are handled equally efficiently.

This is one of the better handling of bass I have experience on an audio device in the recent times. The Galaxy Buds Live will be appreciated by those who prefer instruments and vocals over computer-generated beats.

As I was writing this review last week, the sad news of sudden demise of SP Balasubrahmanyam came in and inevitably, I spent rest of the day listening to some of his best songs. And, they do deserve mention a here. 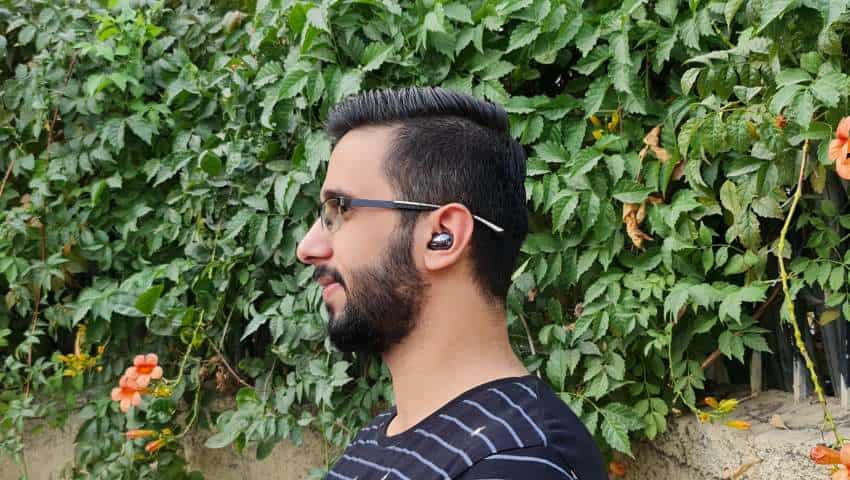 ‘Aaja Shaam Hone Aaee’ from Maine Pyar Kiya takes you down a nostalgic road while once again appreciating the Galaxy Buds Live that at no point, let the sharp 90s music overlap the magical voices of SP Balasubrahmanyam and Lata Mangeshkar. The singer’s versatile range is on full display in ‘Tere Mere Beech Mein’ from Ek Duuje Ke Liye.

Coming back to more recent tracks, ‘Dance Monkey’ by Tones and I on the Buds Live will have you grooving with the heavy beats. ‘Loney’ by Diplo and Jonas Brothers was a mood booster with the buds once again ensuring that the vocals are not compromised.

There was a time when music was the only thing you would consider before buying an earphones. That has changed with the amount of content being published by streaming platforms. I used the Buds Live to watch ‘The Social Dilemma’ and also the Russian Grand Prix last week. 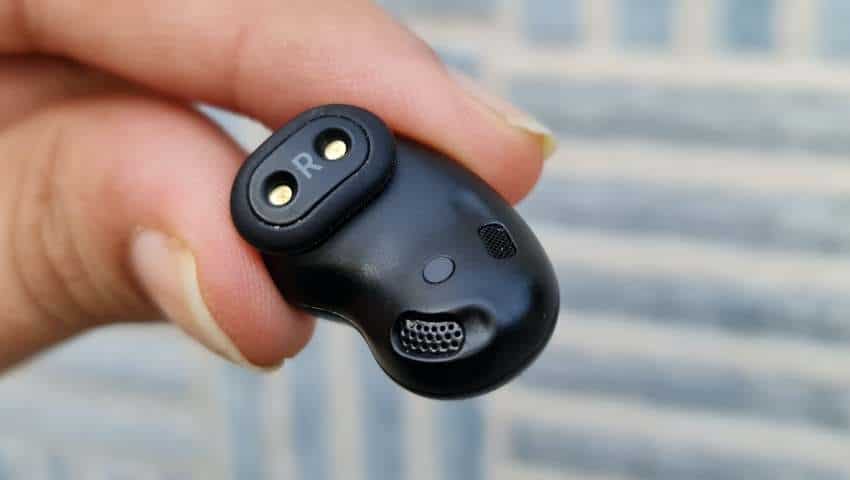 The sound of tires screeching was slightly annoying at times, forcing me to reduced the volume to about 80 per cent. Otherwise, the results were quite satisfactory.

Samsung has also added a 'Find My Earbuds' option to the Galaxy Buds Live. In case you misplace the buds, this feature can be used to produce a sound out of them, helping you track their location. While the feature is useful indoors, I am not sure if the sound produced would be enough to locate the buds, in case you end up dropping them in noisy environment.

One of the major reasons to introduce an all-new design was to make the buds more useful during calling, Samsung claimed. During my time with the Buds Live, I used them to attend several video calls, to a mixed response. There were days when the person at other end had absolutely no problem. And, then on some instances they couldn’t hear me at all. 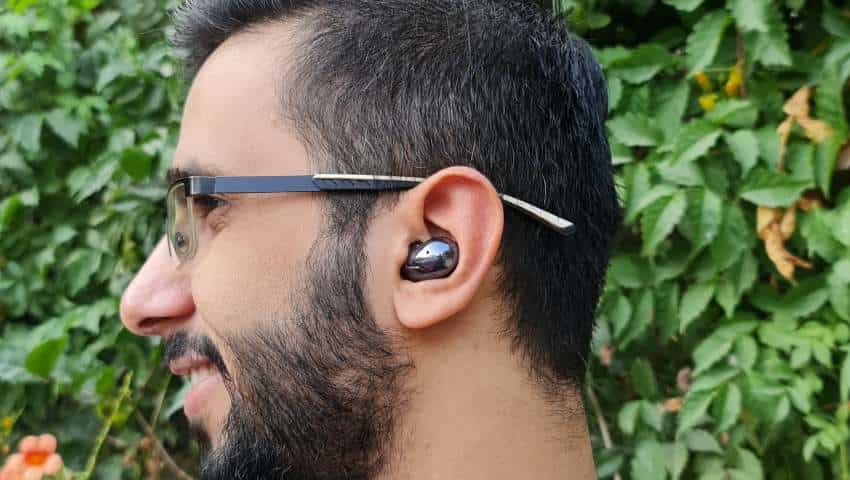 Another issue I faced was with the range of the Buds Live, which I found to be considerably lower than Apple AirPods Pro and even the Galaxy Buds+. The sound would start to break as soon as I left the room where the phone was placed.

Another thing you will be looking at before buying the Buds Live is the Active Noise Cancellation – a feature still rare in India. The earbuds don’t have the best noise cancelling abilities but manage to do a decent job. 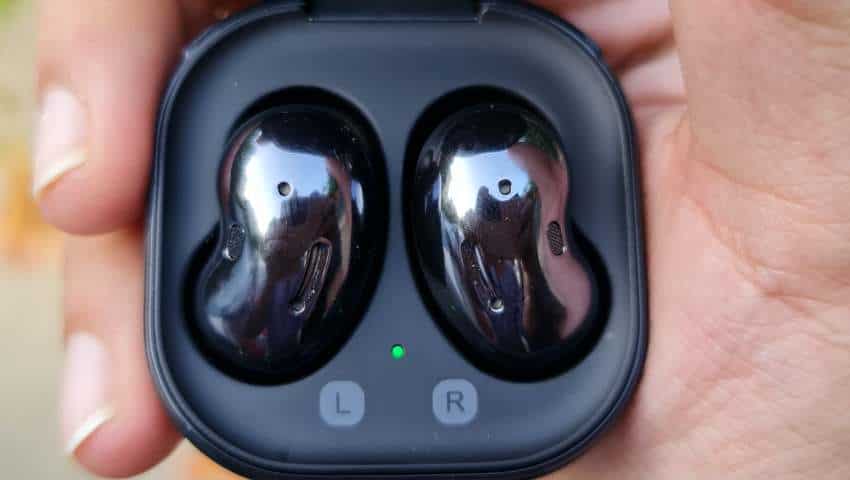 The Samsung Galaxy Buds Live compete directly against the Apple AirPods Pro, Jabra Elite 75h and Sony WF-1000XM3 – all of which also offer Active Noise Cancellation. All of these are also considerably more expensive than the Galaxy Buds Live which would cost you Rs 14,990 in India.

The Buds Live come with a refreshed design, good battery life and impressive sound performance. The only thing you need to consider are an untested form factor and average ANC. While first is a personal choice you need to make, if ANC is top priority, you can look at any of the options mentioned above.

Otherwise, Galaxy Buds Live offer enough for the price point and make for a decent TWS.

Shocker in Mumbai! Stopped for not wearing helmet, woman beats up traffic cop