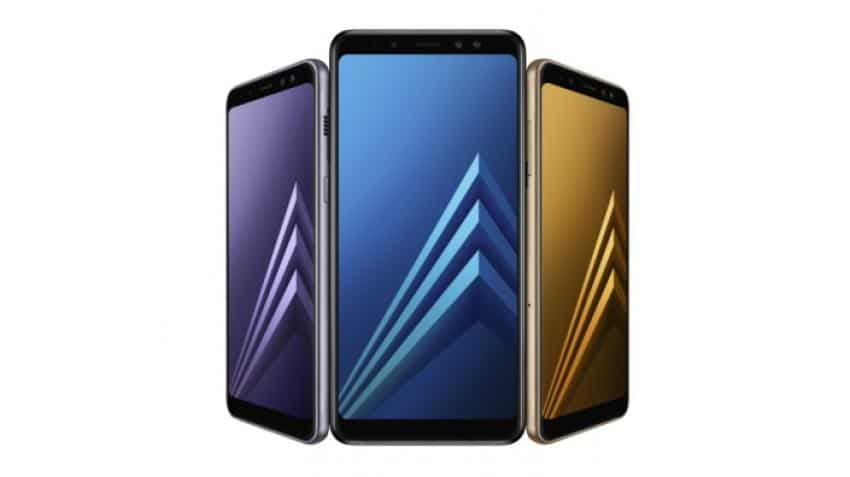 The teaser of latest additions to the Galaxy A series namely - the Galaxy A8(2018) and A8+(2018). Photo: Official Website
Written By: ZeeBiz WebTeam

Junho Park, Vice President of Global Product Planning, Mobile Communications Business at Samsung Electronics on December 19, 2017, said,"With the release of the Galaxy A8(2018) and A8+(2018), we’re bringing our customers’ favourite features from our flagship smartphones, such as the Infinity Display and our first Dual Front Camera with Live Focus, to our Galaxy A series, which is already known for its premium design."

Galaxy A8+ feature a dual front camera, a large infinity display and tunning ergonomic design that draws on the company's flagship design heritage and experience, said the Samsung statement.

It also has an advanced "Live Focus Feature" which allows you to adjust the bokeh effect before or after you take the picture to create high-quality images.

Another key feature of these devices would be Shaky Video footage with video digital image stabilisation (VDis) technology and hyperlapse feature, which will help users to create a time-lapse videos that let them record, tell and share even longer stories.

The Infinity Display fitted in them which goes beyond the bezel with an immersive 18.5:9 display ratio1, so that you can view the whole scene across your screen for the ultimate cinematic experience.
Apart from this, Galaxy A8+ comes with a 6.0 inch touchscreen Full HD Display with a resolution of 1080 x 2220 pixels.

Galaxy A8+(2018) are available in four colors including black, orchid grey, gold and blue.