Lee transformed Samsung into a world-leading innovator and industrial powerhouse from a local business. 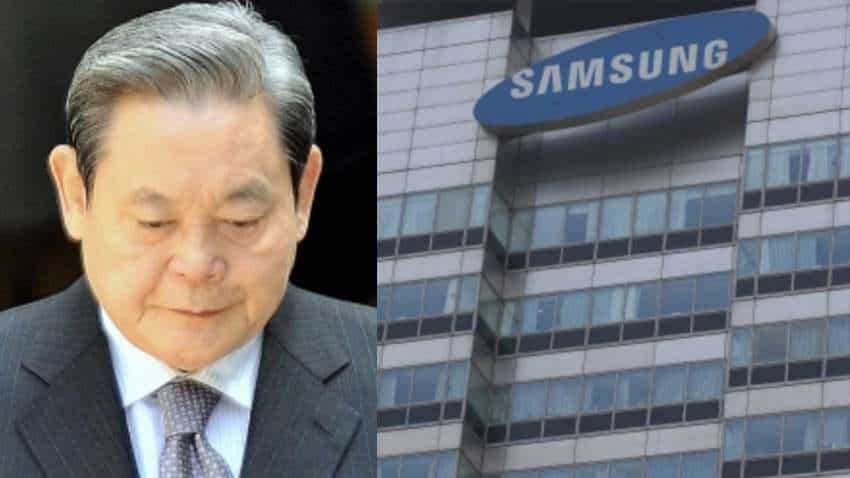 Lee Kun-hee, the Chairman of South Korea's tech giant Samsung Electronics, died at the age of 78 in Seoul on Sunday, according to a statement released by the company. "Our deepest sympathies are with his family, relatives and those nearest. His legacy will be everlasting," it added. In 2014, Lee suffered a heart attack and had since remained hospitalized.

"Chairman Lee passed away on October 25 with his family, including Vice Chairman Jay Y. Lee, by his side. Chairman Lee was a true visionary who transformed Samsung into the world-leading innovator and industrial powerhouse from a local business," Samsung said in a statement.

Here are top things to know about the man who made South Korea a tech powerhouse:-

- Lee, the son of Samsung Group's founder Lee Byung-chul, was born in Uiryeong county in South Gyeongsang province of South Korea on January 9, 1942.

- Lee officially inherited the Samsung crown in 1987 at the age of 45 when his father Lee Byung-chull, founder of the present day Samsung Group, died.

- In 1993, Lee Kun-hee announced his first trademark business philosophy, the "New Management Initiative," which has been embraced by Samsung like a doctrine to date.

- The most famous line from that philosophy, which took shape through nearly three months of meetings with CEOs convened in Europe and Japan, is, "Change everything but your wife and children."

- Under his leadership, Samsung has dozens of affiliates, including the world's top smartphone maker, Samsung Electronics Co., and Samsung Life Insurance Co., under its wing.

- His only son, Jae-yong, is widely expected to take over the rein of Samsung Group

-The senior Lee holds a 4.18 percent stake in Samsung Electronics and a 20.76 percent in Samsung Life, and interests in numerous affiliates, with his assets estimated at up to 20 trillion won.

- The sheer assets held by the senior Lee means that his heirs may pay hefty inheritance tax, estimated at over 10 trillion won.

-Lee is survived by his wife, Hong Ra-hee, and only son, Jae-yong, and two daughters, Boo-jin and Seo-hyun.

-Samsung Electronics is the world's largest smartphone maker on the back of its Galaxy smartphone lineup and a series of budget phones.

- The tech giant is also the world's largest memory chipmaker, whose clients include Apple Inc. and other major smartphone vendors, as well as other global tech firms.

-Samsung stands at the center of the South Korean economy, with its outbound shipments accounting for over 20 percent of Asia's fourth-largest economy's exports.

-The group's assets at 8 trillion won ($6.9 billion) at the time Lee took the throne and now estimated at well beyond 400 trillion won.