JioPhone pre-booking begins; everything you want to know about it

JioPhone pre-booking starts today. Here is all you need to know. 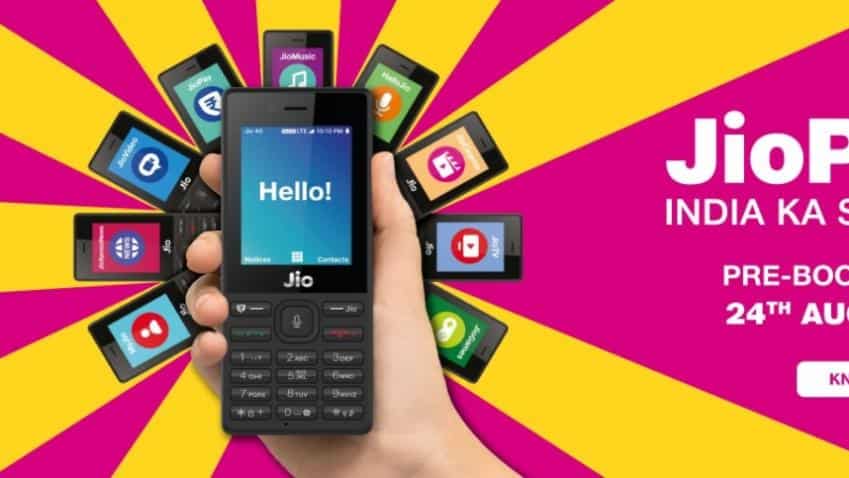 The phone will be distributed on a ‘first come first serve’ basis to only those who pre-book on August 24. Image Source: Jio website
Written By: ZeeBiz WebTeam
RELATED NEWS

However, the phone will be distributed on a ‘first come first serve’ basis to only those who pre-book on August 24.

JioPhone was unveiled at Reliance Industries AGM on July 21 by Managing Director and Chairman, Mukesh Ambani who said the effective cost of the phone was Rs 0. However a security deposit of Rs 1500 would be collected by the company which would be refunded after a lock-in period of three years, the company said.

Jio has now offered customers a chance to pay the security deposit in instalments.

Customers who wish to pre-book the JioPhone can do so by paying Rs 500 via Jio retailer or MyJio application. The balance Rs 1000 towards security deposit needs to be paid at the time of delivery of the device.

One can pre-book the JioPhone through online and offline channels. The offline mode comprises of Jio retailers and multi-brand device retailers including the Reliance Digital stores network. The online channel includes the highest downloaded selfcare app in the world - MyJio and the company’s own website - jio.com.

WhatsApp on the JioPhone?

The Jio TV has more than 400 live TV channels as well as JioMusic and JioCinema, which give access to the latest in entertainment in multiple regional languages. It also comes with an in-built voice assistant that supports 22 Indian languages.

“It will also include some of the most popular instant messaging and social networking apps, to ensure consumers continue to enjoy the best services,” sources said.
Voice calls on the phone and Jio’s network will always be free, the company said. Along with this the company is offering data at ‘affordable rates’.

Jio will provide free voice and unlimited data at Rs 153 per month.

The phone can operate voice commands without headphones plugged into it. It has a calling and sending SMS via voice command feature.

Jio has made available its Jio Assistant feature on its official website for customers to test its usage. Click HERE for further information.

The Jio apps like – JioMusic and JioCinema are pre-loaded on the phone.