Bandicoot, a semi-automatic robot, only requires a human operator to stand on the street near the manhole 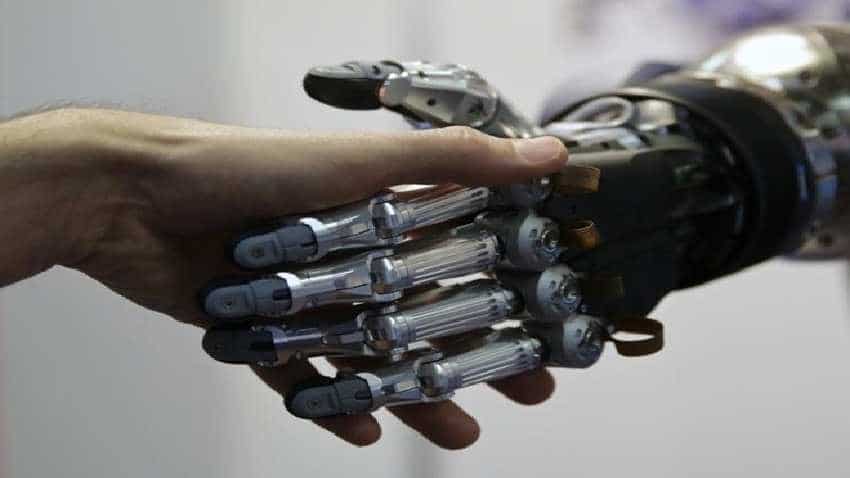 About 80 manual scavengers have been trained in these states to operate the robots in a bid to offset the loss of livelihood. Reuters

In an attempt to fully eradicate manual scavenging from the Indian capital, the Delhi government is working towards robotic solutions for cleaning sewers and septic tanks.

To achieve this goal, Delhi Cabinet Minister Rajendra Pal Gautam convened a meeting with experts from IIT, Delhi Technological University (DTU), New Delhi Municipal Council (NDMC), Delhi Jal Board (DJB) and Delhi Cantonment Board among others to discuss the possibilities and the need of robotic solution to sewer cleaning task, the government said on Thursday.

The idea was inspired from a Robot named Bandicoot, developed by Kerala-based start-up Genrobotics, that has been commissioned by municipal bodies in Kerala, Tamil Nadu and Andhra Pradesh. About 80 manual scavengers have been trained in these states to operate the robots in a bid to offset the loss of livelihood.

Bandicoot, a semi-automatic robot, only requires a human operator to stand on the street near the manhole.

"The machine with its many cameras, a robotic arm with 360 degree mobility, and a handy bucket to collect the waste does the work. The operator is only needed for navigation when the manhole is of non-standard size or there are multiple sewer lines below," a statement said.

"The Delhi government has already taken up various efforts to stop the inhuman practice of manual scavenging and would soon introduce fully mechanised system to clean the sewage system and septic tanks. Still there is a need for robotic solutions for smaller lanes and by lanes where machines cannot go," the Minister said.

During the meeting, experts from Indian Institute of Technology (IIT) said the robot is not constructed for the condition of Delhi. So they suggested that the DJB approach the company for demonstration and feasibility to use such machine in Delhi.

While some experts suggested usage of censors in the manhole to check the status of toxic gases, some others suggested a database control room for various sewer line related data and a Helpline number for the same.

"The DJB has been asked to constitute a committee for implementation of various methods to use robot and other type of technology.

The government will ensure funds to DJB for this purpose," the Minister added

This pocket-sized robot cleans walls in a jiffy

Wow! This app turns your phone into robot - Here is how