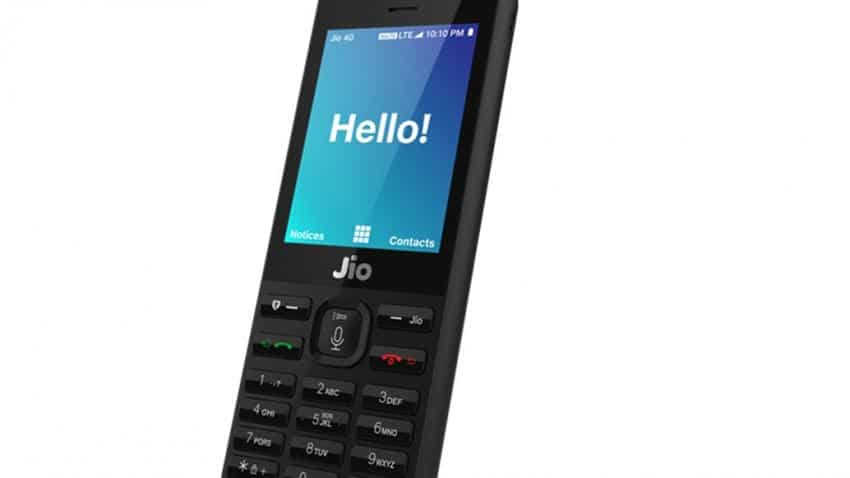 Interested buyers can click on the link or make call to the number displayed in the message. Image Source: Reliance Jio
Written By: PTI
RELATED NEWS

Reliance Retail has restarted the process of booking for JioPhone, but this time it will be open to only those who have earlier expressed interest in buying the phone.

The company has started sending out messages to potential buyers who had shown interest in buying the phone in July.

Interested buyers can click on the link or make call to the number displayed in the message.

"A link will be sent to people who are again showing interest to make payment of Rs 500 on the authorised channel. Once they make payment, they will be informed about the date when JioPhone will be delivered to them," a Reliance Jio channel partner said.

Around 10 million people had shown interest in JioPhone in July and the message is being sent to all of them.

No immediate comments were received from Jio and Reliance Retail on the development.

About six million JioPhones were booked in just three days when the company opened booking for the 4G feature phone from August 24 in the first phase.

Reliance Industries Chairman Mukesh Ambani had announced that the 4G phone will be "effectively free" for users, but to prevent misuse of the scheme, JioPhone buyers will need to pay one-time fully refundable deposit of Rs 1,500.

The entire money will be refunded to customers after usage of the phone for 36 months.

The company has further relaxed the refund scheme.

Under the new condition set by Jio for the users, handset buyers can get a refund of Rs 500 if they return the device in the first year and have made a recharge of Rs 1,500 during the year.

Customers have the flexibility to reach the Rs 1,500 per year usage figure according to their convenience by choosing various tariff plans announced by the company.

Similarly, on return of the phone in the second year, the customer will get refund of Rs 1,000 and in the third year, the entire amount of Rs 1,500 will be refunded.

Reliance Retail started delivery of JioPhones in small towns from the Navratri festival.