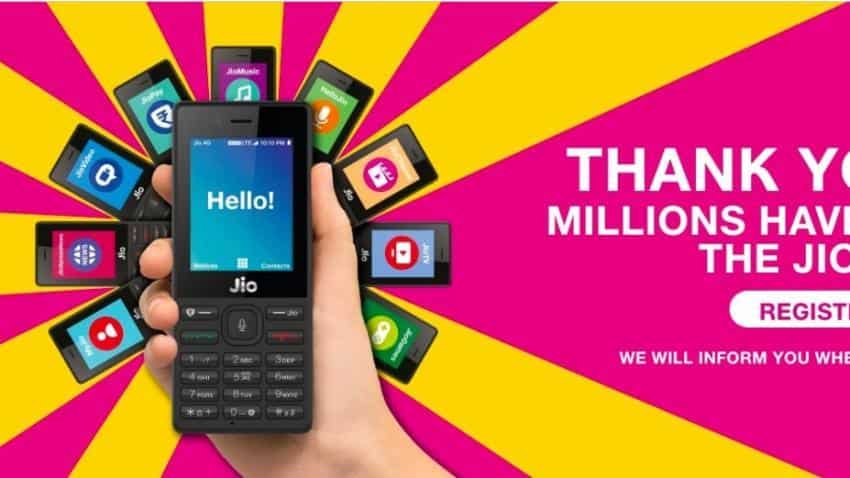 Reliance Jio has finally brought cheers to JioPhone users who will now be able to receieve Facebook messages on it from tomorrow onwards, said a report.

The new version of the Facebook app is built specially for KaiOS, which is a web-based operating system designed for JioPhone, said the telecomtalk report, adding that the Facebook app can be downloaded from the JioAppStore by all JioPhone users.

“This will open up Facebook for potential 50 Crore feature phone users in India,” said Reliance Jio in a press statement.

“JioPhone is the world’s most affordable smartphone built with transformational technology especially for Indians to migrate from a feature phone to a smartphone. As promised, JioPhone will be home to the world’s leading applications, starting with Facebook. Jio, the world’s largest mobile data network, is built to empower every Indian with the power of data and JioPhone is an integral part of this Jio movement,” said Akash Ambani, Director, Jio.

Speaking of the Facebook app for JioPhone, the statement said the first version of application will also support push notifications, video, and links to external content.

“The app is also optimised to successfully accommodate the cursor function on JioPhone and delivers best-in-class performance for Facebook’s most popular features, such as News Feed and Photos,” said the RJio statement.

The latest development is likely to boost the production of JioPhone, and the introduction of WhatsApp would probably be a gamechanger.