The Vivo Z1 Pro is confirmed to make its debut with a Qualcomm Snapdragon 712 SoC processor, 32-megapixel in-display camera and a powerful 5,000 mAh battery. 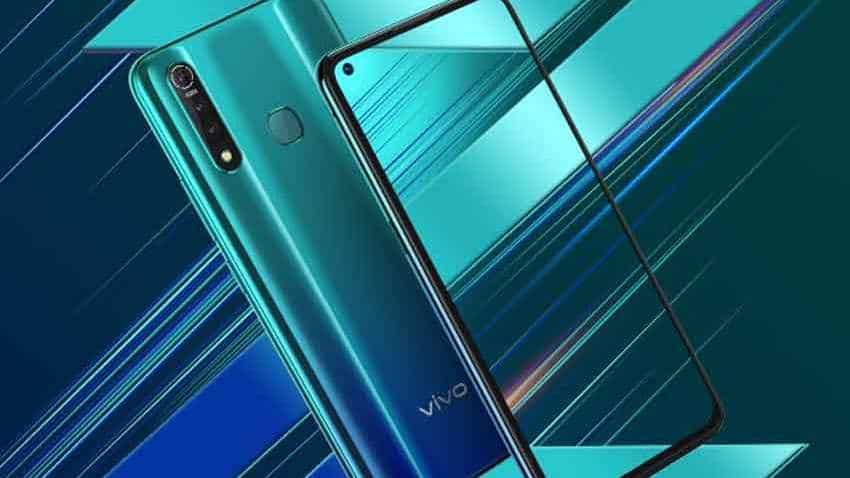 The specs have been confirmed by the Chinese smartphone maker through a series of tweets on Friday and Saturday. Source - Vivo

The Vivo Z1 Pro is confirmed to make its debut with a Qualcomm Snapdragon 712 SoC processor, 32-megapixel in-display camera and a powerful 5,000 mAh battery. The specs have been confirmed by the Chinese smartphone maker through a series of tweets on Friday and Saturday. Earlier, it was believed that the Vivo Z1 Pro could be a rebranded variant of the Vivo Z5x that was launched in China last month. However, the latter comes with a Snapdragon 710 SoC and the latest post by Vivo confirms that the Z1 Pro will be powered by Snapdragon 712 SoC that Qualcomm introduced in February.

The new smartphone will also be the official smartphone for PUBG Mobile Club Open 2019. Vivo has confirmed that the Vivo Z1 Pro will be available for purchase in India through Flipkart. The company is yet to reveal the price of the Z1 Pro but is expected to be a sub-Rs 20,000 smartphone, likely to be launched in three different variants. The phone will heat up the competition in the segment which is suddenly full of impressive options like the Redmi Note 7 Pro, Honor 20i, Realme 3 Pro and the Samsung Galaxy M40.

Everything confirmed about Vivo Z1 Pro

As mentioned above, the smartphone will come with Qualcomm Snapdragon 712 SoC processor which makes it an exciting device for gaming. The new chip is available with an octa-core Kryo 360 CPU along with Adreno 616 GPU. The Vivo India Twitter account has also confirmed that the Z1 Pro sports a 32-megapixel in-display camera. It also packs a 5,000mAh battery along with 18W fast charging support.

Don't get left behind. Keep up with your PUBG Squad.#VivoZ1Pro with Snapdragon 712AIE is #FullyLoaded to get you that loot without any lags.#VivoZ1Pro, the official smartphone for PUBG Mobile Club Open 2019, coming soon.#PMCO2019 #PUBGMOBILE pic.twitter.com/YnxtIkBWAh

The smartphone manufacturer has dedicated a microsite to the Vivo Z1 Pro ahead of its formal launch. The microsite reveals the key specs of the phone and also includes an image that hints at the design. The image suggests that the Z1 Pro could come with a triple rear camera setup along with an LED flash. The fingerprint sensor is also mounted at the back.

Interestingly, the phone does have a 3.5mm headphone jack. The phone will go on sale through Flipkart in India and the official price would be revealed at the launch.