Redmi K20 Pro review: The K20 Pro flaunts a pop-up selfie camera, Snapdragon 855 processor and Super AMOLED display, among other features. Are these enough to make it a flagship killer or has Xiaomi missed out on anything? Let's find out in our Redmi K20 Pro review. 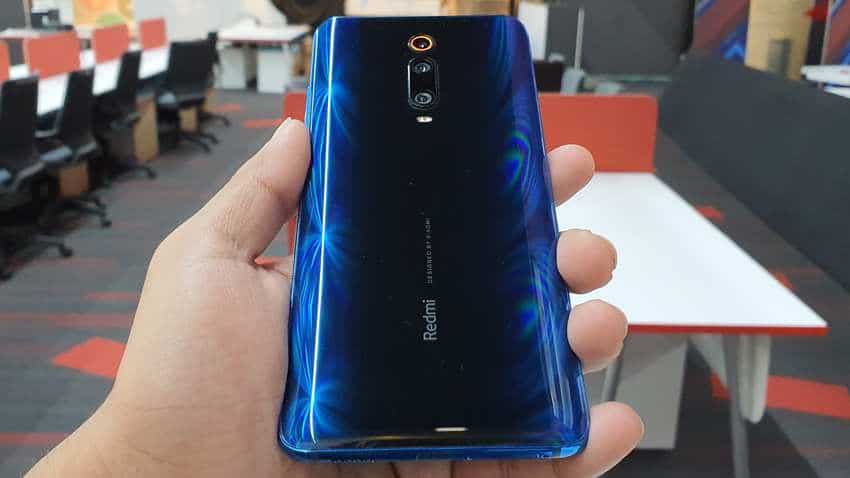 Redmi K20 Pro review: 2019 has been a crazy year for smartphones! We have had segment disruptors, seen flagship smartphones set new benchmarks and with the Redmi K20 Pro, Xiaomi also introduced a 'flagship killer'. Or, at least it is claimed to be. While innovations drive tech, the smartphone industry has really come to its own in the last eight months where almost every new launch has introduced a new feature or has shaken the competitors with its unbelievable price tag. And, even the critics would agree that no one knows how to push the limits better than Xiaomi.

Launched five years ago in India, the Chinese smartphone manufacturer has conquered every segment it has set its foot in. During this period, Xiaomi has largely focused on the budget and mid-range segment, introducing several devices that have become highly popular among Indian users due to their affordability.

And, this year, the company decided to take the next step by lauching the first flagship smartphone under its sub-brand Redmi. Dubbed the ‘Flagship Killer 2.0', the Redmi K20 Pro created a lot of noise even before its launch with Xiaomi claiming that this smartphone could take on the likes of OnePlus 7 Pro, Asus 6Z and other premium devices available in the country. The K20 Pro flaunts a pop-up selfie camera, Snapdragon 855 processor and Super AMOLED display, among other features. Are these enough to make it a flagship killer or has Xiaomi missed out on anything? Let's find out in our Redmi K20 Pro review.

Redmi K20 Pro performance: As good as it gets

The Redmi K20 Pro is powered by Qualcomm Snapdragon 855 processor which is also found on OnePlus 7 Pro, Asus 6Z and Black Shark 2. This is by far the fastest chipset available in the market and delivers a smooth performance without any lag or stuttering. You can easily switch between apps, play games and stream content on the Redmi K20 Pro. We had the top-end variant for review which comes with 8GB RAM and 256GB storage, making it the ideal option for mutitasking and gaming. 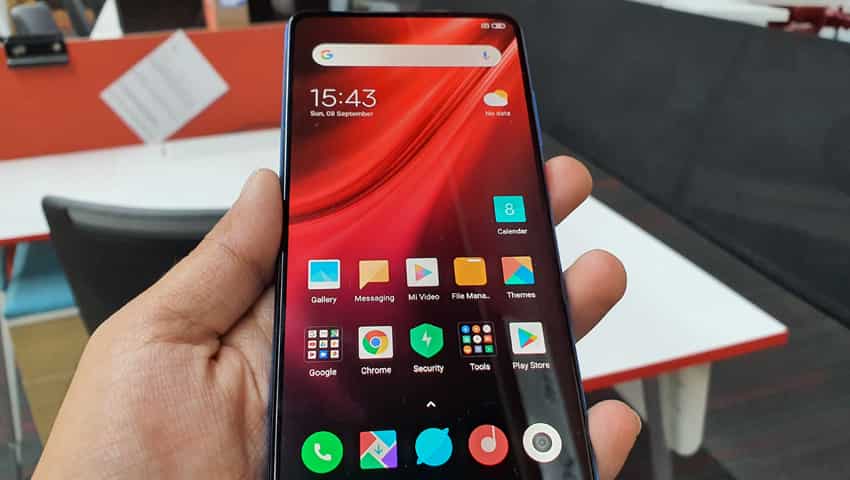 On the Redmi K20 Pro, Xiaomi has used a pop-up selfie camera for the first time. It offers you a better screen-to-body ratio and the 6.39-inch AMOLED display is exactly what you would desire for the best possible viewing experience. The single speaker at the bottom is quite effective but Xiaomi could have gone for a stereo speaker. The smartphone runs MIUI 10 on top of Android 9 Pie and supports themes, allowing you to customise the device as you may want. Just like most Xiaomi devices, you get several pre-installed apps like Facebook, Dailyhunt, Amazon, Google Duo, Paytm, and WPS Office along with Xiaomi apps such as Mi Community, Mi Music, Mi Video, Mi Pay, Mi Store, and a Security app.

Xiaomi has added gesture navigations which have become highly popular on OnePlus smartphones. So, you can get rid of the three-button Android navigation as well.

For gamers, Xiaomi has included Game Boost 2.0 which claims to improve the experience by managing internet connection and improving the touch response. It also claims to enhance the visuals while you are playing games. We tried heavy gaming titles like 'PUBG: Mobile' and basic games like 'Robot War' - both ran with no problem at all.

The K20 Pro packs a 4,000 mAh battery with support for 27W fast charging. However, as it comes with a 18W charger out of the box you will have to spend extra Rs 999 to buy company's recently announced 27W SonicCharge adapter. You can manage an entire day on single charge anyway. And, even with the 18W charger you should get at least 50 per cent power back within half an hour.

While the Redmi K20 Pro is a premium device, there is 'swag' to it. The smartphone was launched in three colour options - Carbon Black, Flame Red and Glacier Blue - with a new Pearl White option recently added to the line-up. All the colours are super impressive with Flame Red and Glacier Blue clearly different from any option you get in the market. We had the latter for review. It houses the power and volume buttons on the right. Xiaomi has smartly used a red power button on the device, further adding to the killer looks of the K20 Pro. 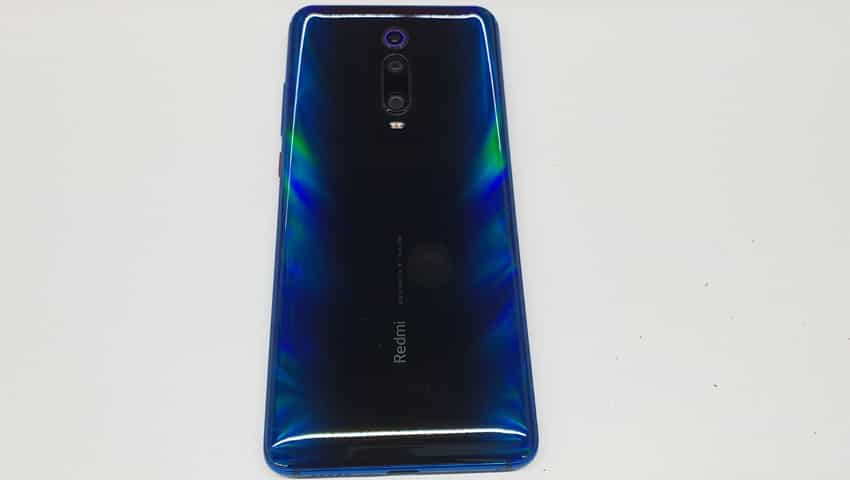 The Redmi K20 Pro has an in-display fingerprint scanner which is quick but not the quickest we have seen this year. At 6.39-inch, the phone has an almost ideal display that fits in your palm and is easy to carry. But, it does feel a bit heavy. The triple rear camera module is aligned vertically at the centre of the back panel followed by the LED flash.

And, the biggest highlight of the K20 Pro series is probably the presence of both 3.5mm jack as well as a he Redmi K20 Pro has a Type-C USB charging port. Surprisingly, you don't get anything on the left panel but it is still better than leaving the right panel empty (Samsung, are you listening?).

Redmi K20 Pro camera: Good but not the best

The 2019 smartphone battle in India has been around the camera. Before the start of this year, we were yet to see a 48MP rear camera on a smartphone in the country and now, we have already seen what a 64MP camera could do. Expectations were high with the Redmi K20 Pro as well which houses a triple camera setup at the back led by a 48-megapixel Sony IMX586 sensor. Even though the camera clicks some good pictures, it fails to beat what we have seen on OnePlus 7 Pro and Asus 6Z this year.

The primary camera is supported by a 13-megapixel ultra-wide-angle camera with a 124.8 degree field of view and an 8-megapixel unit with a 2x optical telephoto lens. We were able to click some good images in daylight but the camera struggles in lowlight and needs some work there. 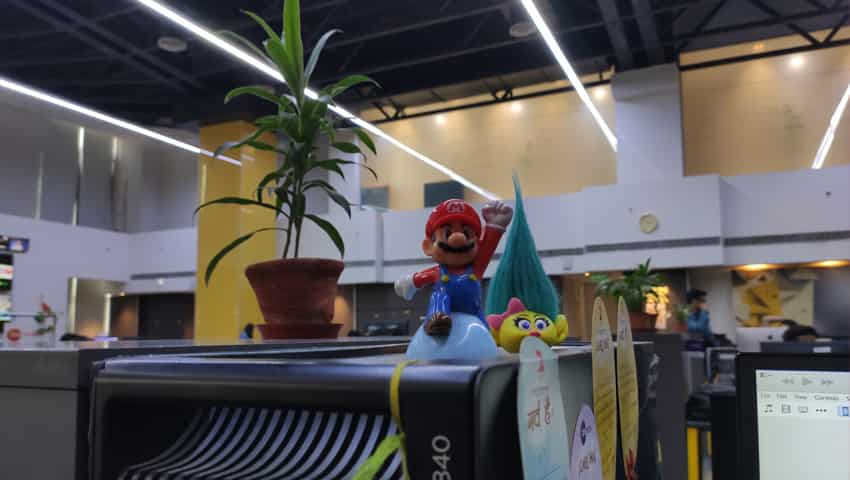 The highlight of the rear camera is the portrait mode which differentiates well between the subject and background.

At the front, you get a 20-megapixel pop-up selfie camera which has sapphire glass to prevent scratches. The front camera does its job well and its fun to see it lit up everyone time you switch from the rear camera. Xiaomi has also given different sound effects that can be used with the pop-up camera. 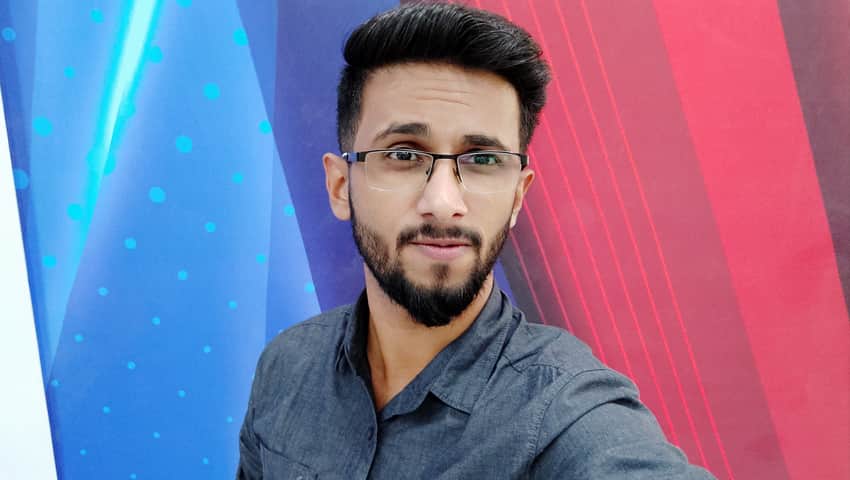 The camera app has multiple modes like Short Video, Slow Motion, Portrait, Night, Panorama and Pro, other than the standard photo and video modes.

The Redmi K20 Pro comes with a Snapdragon 855 processor, Super AMOLED screen, triple rear camera with 48MP primary sensor, 8GB RAM and pop-up selfie camera - almost everything that you get on the OnePlus 7 Pro. But, for about Rs 21,000 less. The base variant of Redmi K20 Pro has been priced at Rs 27,999 for 6GB RAM and 128GB internal storage model while the top-end variant that comes with 8GB RAM and 256GB storage would cost you Rs 31,999.

Given that this is the first time Xiaomi has come up with a flagship device under the Redmi series and included new features like pop-up selfie camera and an AMOLED display, it has done a great job. There are certain areas that need polishing for the K20 Pro to be a true flasghip killer but we must admit that its almost there. 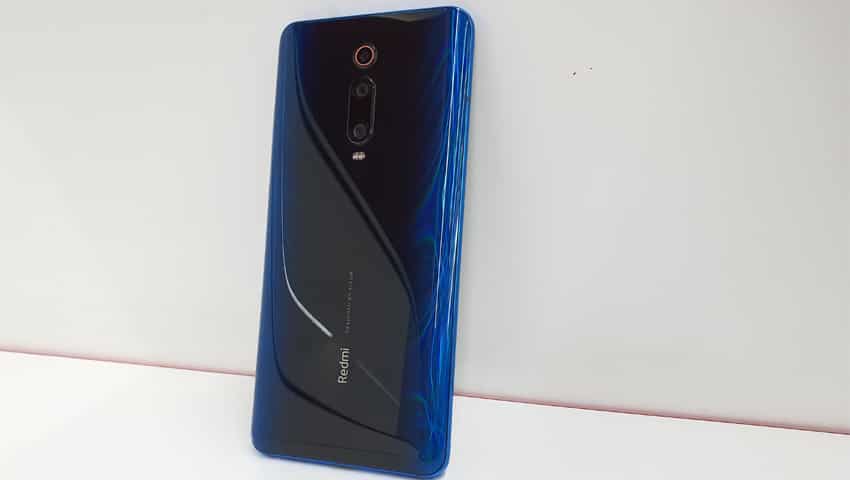 When you look at the devices K20 Pro competes against (OnePlus 7 Pro, Oppo Reno 2, Honor 20 and Asus 6Z), its highly aggressive price makes it a complete steal. It packs almost every feature you would desire for, so what else do you want?