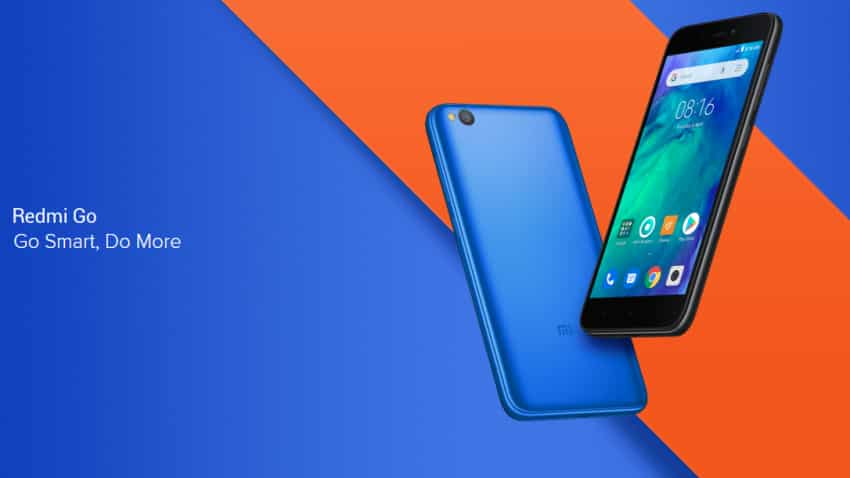 The first of its kind Android Go smartphone by the company, Redmi Go will make its debut in India soon. Photo: Xiaomi Official Website
Written By: ZeeBiz WebTeam
RELATED NEWS

Xiaomi is making a lot of noise in the smartphone market. Soon after the release of Redmi Note 7, the Chinese smartphone maker is set to launch its new smartphone, Redmi Go, on March 19.

The first of its kind Android Go smartphone by the company, Redmi Go is already available in other markets and soon it will make its debut in India.

The internal storage of the smartphone is 1GB+8GB/1GB+16GB and an external memory provision up to 128GB.

It boasts of a rear camera of 8MP camera while a front camera of 5MP, for detailed quality of photos and videos.

The smartphone is also equipped with noise reducing mics. Redmi Go will have dual microphones to it to reduce ambient noise, for clearer and accurate calls. Catering for the Indian audience, it will also host 20 Indian languages in its system.

Redmi Go has a battery capacity of 3000mAh, with standby time lasting 10 days.  The phone's uni-body is available in two colour tones, and the smartphone is splash and dust-proof.

It is expected to be priced around Rs 4,000 in India. The phone will be launched on Flipkart.