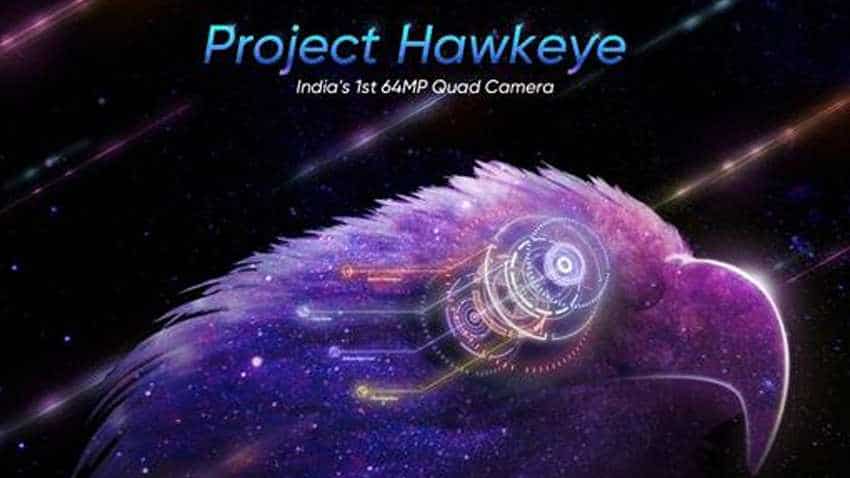 The Realme XT is expected to come with a Qualcomm Snapdragon 712 processor, Dewdrop AMOLED display, premium glass design and up to 8GB of RAM, among other things.

Realme XT, which was unveiled by the Chinese smartphone manufacturer in China last month, is set to be launched in India on September 13. Last month, Realme had showcased the 64MP camera technology in India and had also confirmed that it would be the first country to get this smartphone. The launch event was confirmed by Realme on Thursday when it sent out media invites for the same. With this, the Realme XT will become the first smartphone to come with a 64MP camera in India. The launch comes less than a month after Realme had launched two budget smartphones here - Realme 5 and Realme 5 Pro.

The Realme XT is expected to come with a Qualcomm Snapdragon 712 processor, Dewdrop AMOLED display, premium glass design and up to 8GB of RAM, among other things. The price and availability of the smartphone will be announced on September 13. However, it should cost around Rs 20,000 just like the Realme X which was launched two months back.

The Realme XT comes with a 6.4-inch FHD+ (1080x2340) Super AMOLED display and will be company's first phone to offer Gorilla Glass on the back. It is powered by 2.3GHz octa-core Snapdragon 712 SoC which was also used on Realme 5 Pro. The phone will come in 4GB, 6GB and 8GB RAM options in India along with 64GB and 128GB of internal storage.

The biggest highlight of the smartphone is its 64MP primary camera which uses Samsung's 64-megapixel Samsung GW1 sensor that comes with Tertracell technology which combines multiple 16MP shots to offer a bright and detailed high-resolution photo. The quad cam setup is completed by an 8-megapixel ultra wide-angle lens, a 2-megapixel macro lens and a 2-megapixel depth sensor. The phone will compete against Xiaomi's Redmi Note 8 Pro which is expected to be launched in India before Diwali.

"Realme is committed to India and it has been an important market for us. Since the launch of our first product, we have consistently delivered cutting-edge, premium smartphone experiences to our Indian customers before anywhere else in the world. Realme has always been the industry pioneer and we are proud to reveal yet another ‘first’ in bringing the world’s first 64MP quad-camera experience. Our trailblazing endeavour is furthered by the launch of our official Insider Program that will give users hands-on experience of our XT and more devices to come," Madhav Sheth, Chief Executive Officer – Realme India had said earlier.