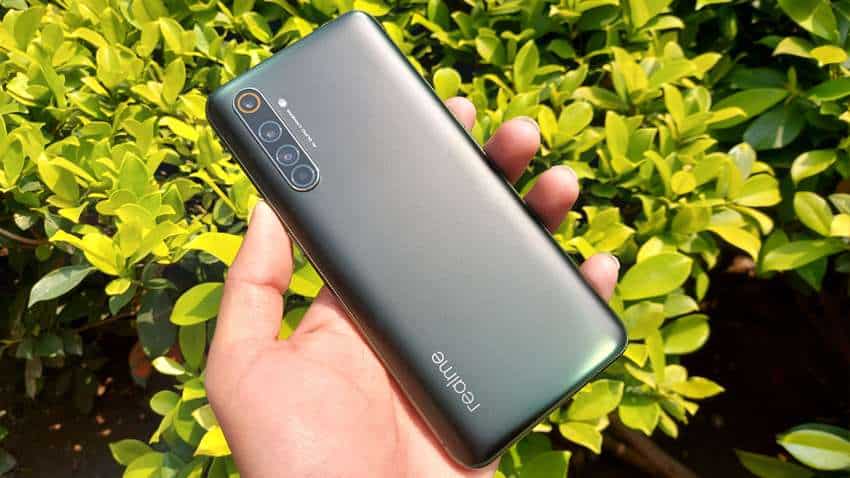 Realme X50 Pro 5G review: Realme was floated in India with an aim to take on Xiaomi in the budget segment. The Chinese smartphone maker has given a tough time to its domestic rival throughout 2019 and is now looking to expand its foothold in other segments as well. Realme ended last year with the launch of its first flagship smartphone – Realme X2 Pro and has started 2020 by dropping country’s first ever 5G smartphone in Realme X50 Pro 5G. Initially planned for MWC 2020, the smartphone was unveiled just one day before iQOO 3 was launched.

The Realme X50 Pro 5G comes with a new design element, Qualcomm Snapdragon 865 processor, quad rear camera setup and one of the fastest charging technologies on a smartphone till date. It is also company’s most expensive smartphone in India right now, positioned against the OnePlus 7 series, Samsung’s Lite smartphones and of course, the iQOO 3.

Most Realme smartphones launched in the last quarter of 2019 had a similar design language. If you put them together, it is tough to identify the smartphone from its rear panel. The company has tried to change that with the Realme X50 Pro 5G. The new smartphone comes with a fresh design language and a matte finish at the back which gives it a truly premium look. 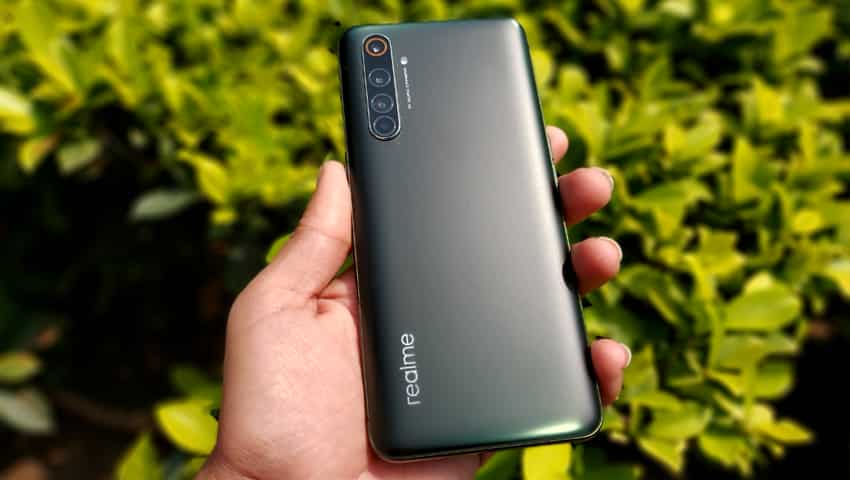 The smartphone has been launched in two refreshing colour options – Moss Green and Rusty Red. The color variants make the phone look trendy. Realme has also used a gold-colored power button on this smartphone. Even though it is a small part of the design, it gives a nice touch to the device.

Just like the iQOO 3, the Realme X50 Pro 5G is also on the bulkier side because of the hardware used. The smartphone weighs about 205 grams but is well-built. It seems solid and ready to take small hits and drops. 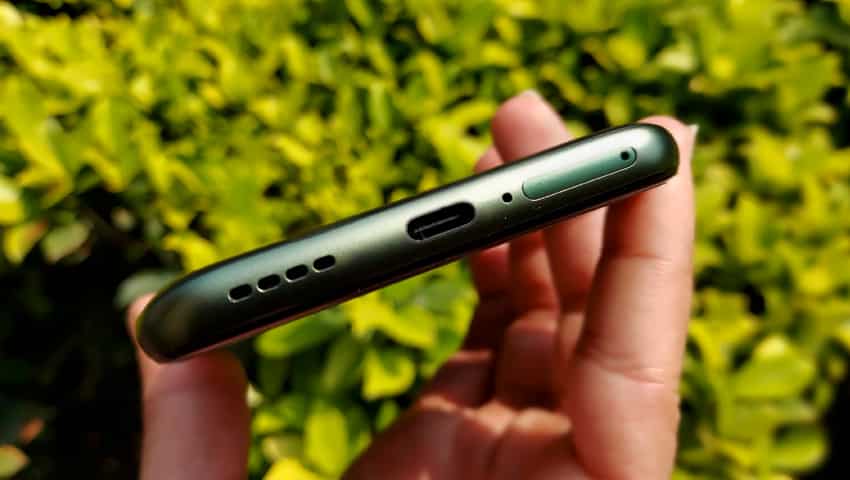 Strangely, Realme has ditched the 3.5mm headphone jack on this smartphone. The offering is becoming rare in the price segment with both OnePlus and Samsung also moving away from it. So, you have to buy a pair of good Bluetooth-enabled headphones. The handset doesn’t have a waterproof rating as well.

Coming to the front, you get a 6.44-inch Super AMOLED display on the Realme X50 Pro 5G which is protected by Corning Gorilla Glass 5. The smartphone boasts of an impressive 90 percent screen-to-body ratio with thin bezels and chin. Realme has gone with slightly curved edges on the X50 Pro 5G. 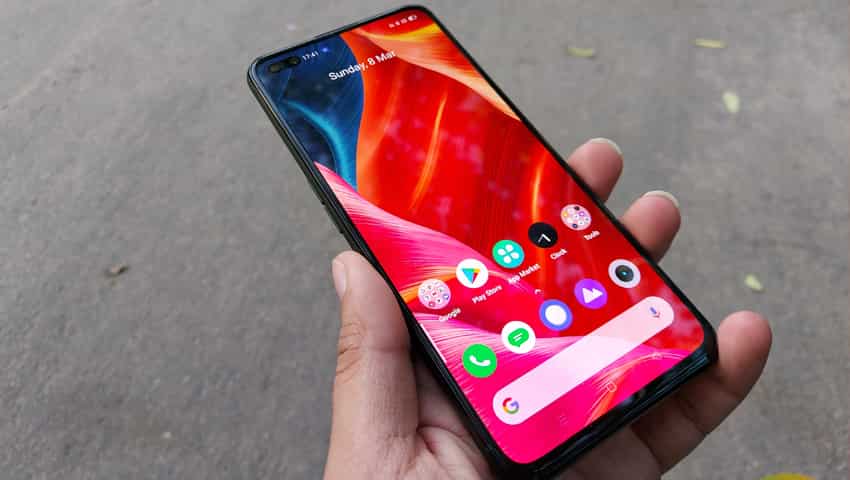 The display has a 90Hz refresh rate which is becoming standard in this segment. It certainly offers you a smoother experience than the 60Hz display. However, there is an option to switch between the two to save battery. The screen supports HDR 10+ and has good viewing angles. You also get the in-display fingerprint scanner which is quick to respond.

Realme X50 Pro 5G has very little competition when it comes to performance. The smartphone is powered by Qualcomm’s top-end Snapdragon 865 chipset – only used on iQOO 3 so far. The OnePlus 7T has Snapdragon 855+ under the hood while the Samsung Galaxy S10 Lite uses an older Qualcomm Snapdragon 855 chip. But, soon will we have others like Mi 10 and OnePlus 8 offering a similar performance. 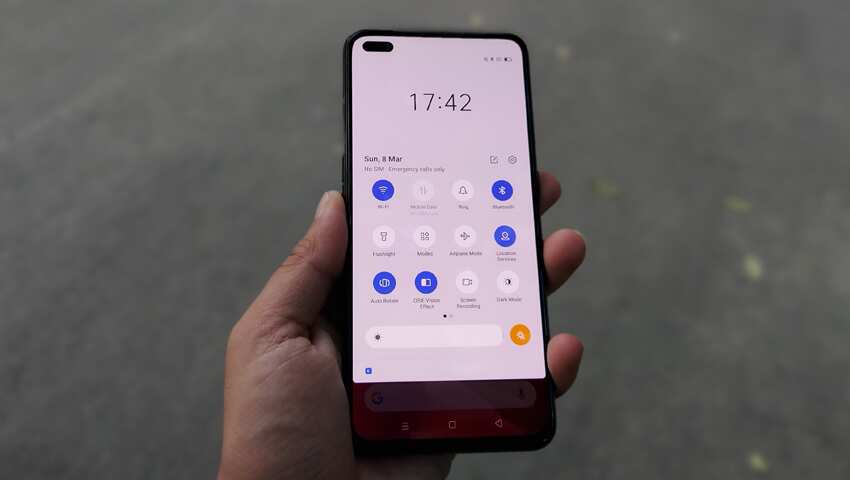 The powerful processor is combined with up to 12GB of RAM. The Realme X50 Pro 5G price is set at Rs 37,999 for the base model that comes with 6GB of RAM + 128GB of internal variant, Rs. 39,999 for the 8GB RAM + 128GB of internal storage configuration and at Rs 44,999 for the top-end model that has 12GB of RAM + 256GB of storage. The smartphone is certainly priced aggressively and unlike the iQOO 3 where only the high-end model had 5G support, all the variants of Realme X50 Pro 5G are 5G ready.

The combination of Snapdragon 865 chipset and a 90Hz display gives you a smooth experience. Call of Duty: Mobile is becoming my go to game to test the performance instead of the usual PUBG and it ran with ease on the Realme X50 Pro 5G. I also played Real Cricket 2020 and Fortnite on the device without facing any notable issues.

On Realme X50 Pro 5G, you also get Android 10 with Realme UI on top. The UI is a lot cleaner that Oppo’s colorOS which was being used by Realme earlier. You get a stock-Android like experience on the Realme UI which will be appreciated by a lot of people. 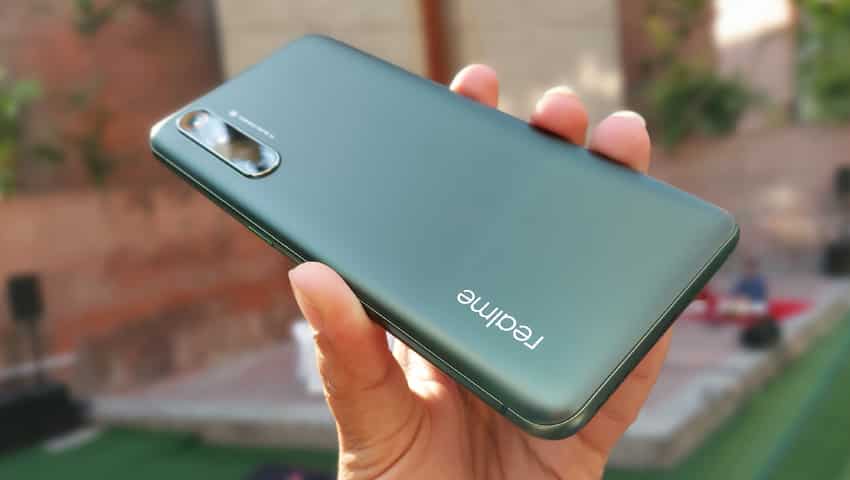 The Realme X50 Pro packs a 4,200mAh battery with one of the fastest charging technologies I have seen. The smartphone comes with support for 65W SuperDart charging. Realme ships the fast charger in the box itself. You get almost 100 per cent of charge within 30 minutes on the Realme X50 Pro 5G. This is similar to what we saw on Realme X2 Pro last year.

A large part of Realme’s success was based on its top-quality cameras, especially in the budget and mid-range segment. Strangely though, the company has missed the mark with the Realme X50 Pro 5G in this area and that too, by a long margin. 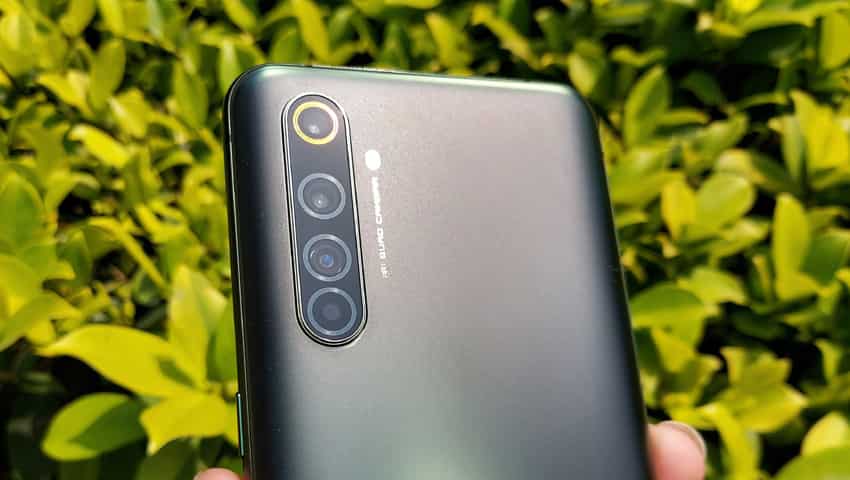 The primary lens uses pixel binning to deliver 12-megapixel photos. The images clicked in daylight were bright but lacked sharpness in almost all scenarios. The output was inconsistent with most images clicked from the rear camera ending up on the softer side as can be seen in the samples below. 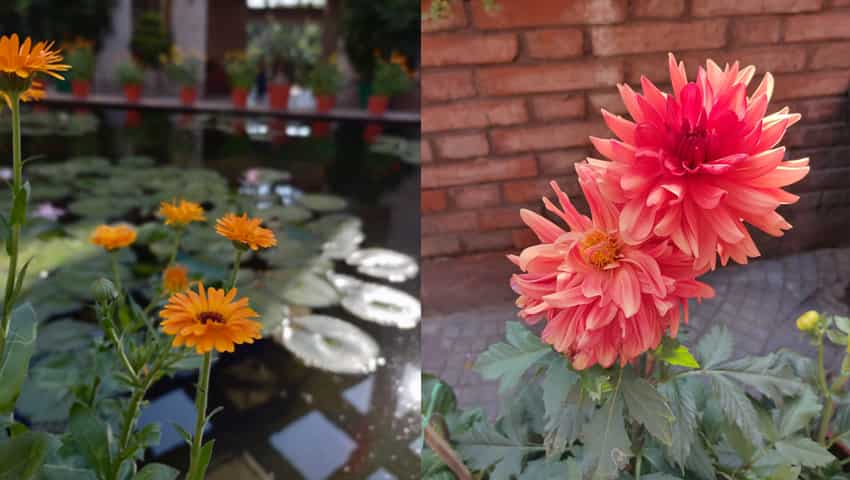 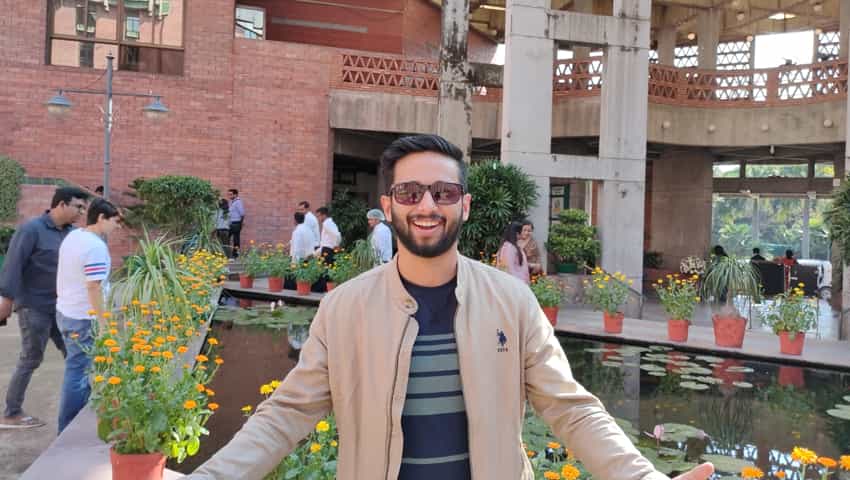 In other cases, the subjects were overexposed and the skin tone was far from natural. The normal mode somehow adds blur to your images which makes it difficult to differentiate between images clicked from in the standard mode and portrait mode. 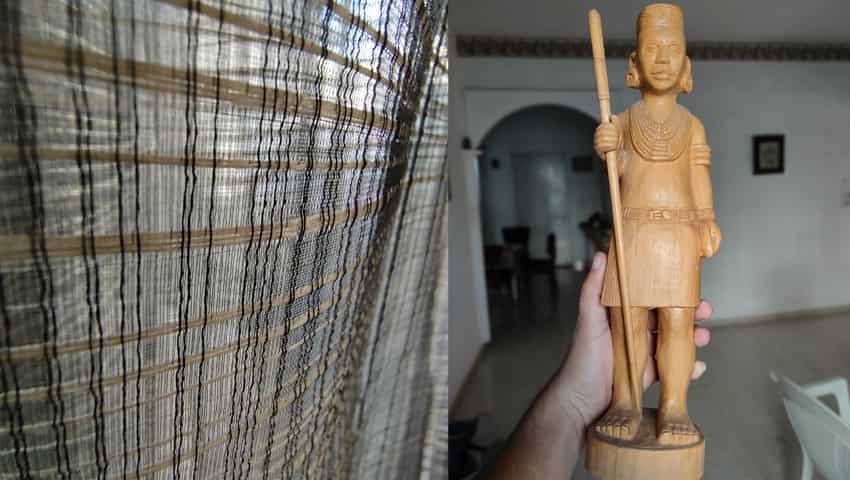 The biggest let down in the camera setup is the ultra-wide angle lens which just makes the subjects look darker. 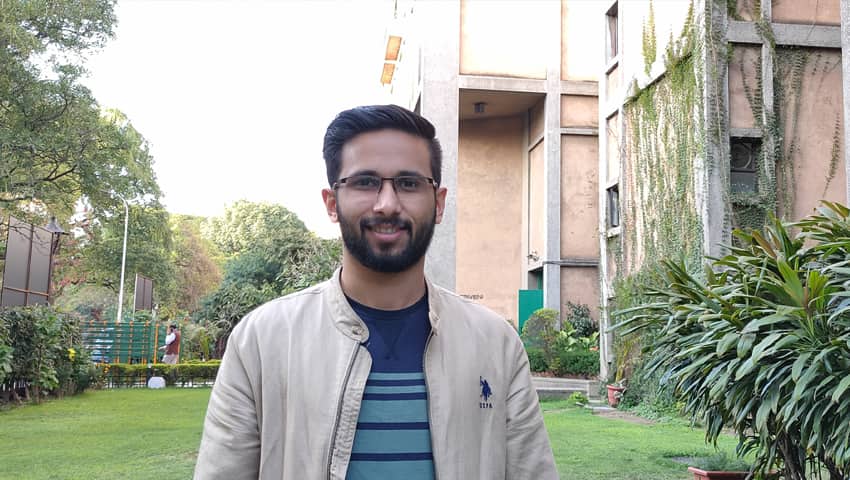 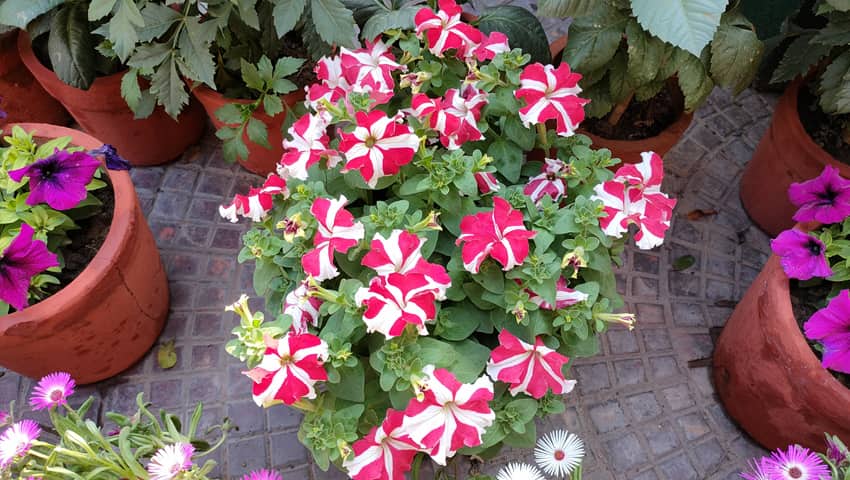 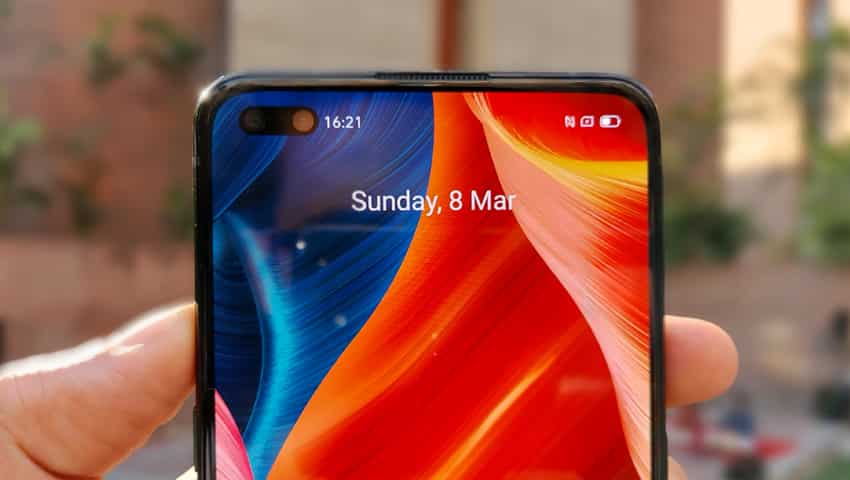 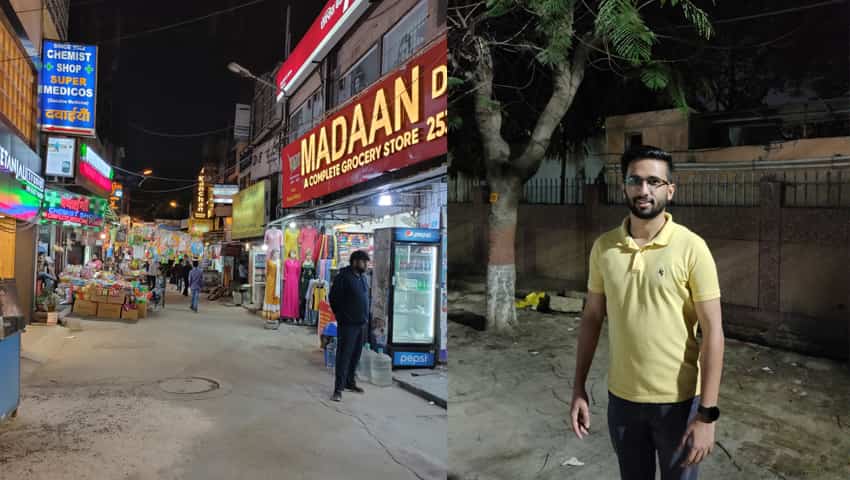 On the front, the company has added a 32-megapixel Sony IMX616 selfie camera which is supported by an 8-megapixel wide-angle camera. The exposure on selfies was better and I managed to take some really good images. The portrait mode on the front camera seems to be more effective as well.

The Realme X50 Pro 5G could have been a genuine threat for both the OnePlus 7T and Samsung Galaxy S10 Lite, if it had a slightly better cameras. There are other negatives as well like the absence of a headphone jack and a bulky built.

The best part? You can get all of this for Rs 37,999 which is still less than what the S10 Lite would cost but more than what OnePlus 7T would cost you.