Realme X2 Pro review: Realme has primarily been competing against Xiaomi in the Indian market and Realme X2 Pro takes on Redmi K20 Pro, launched earlier this year. At the same time, the latest offering by Realme is positioned in a territory that has largely been dominated by OnePlus in the last few years, So, how good is the Realme X2 Pro and where does it stand against competition? Let's find out. 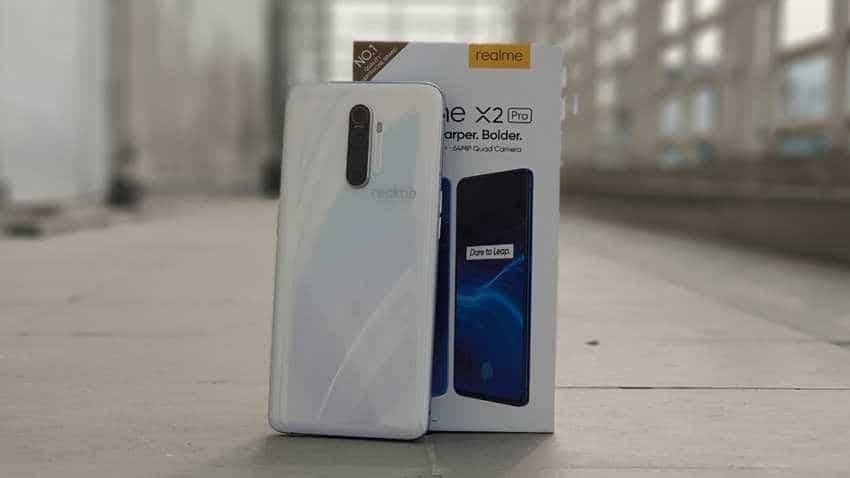 Realme X2 Pro review: Soon after launching the company's first ever flagship smartphone - Realme X2 Pro - Realme India CEO Madhav Sheth was bursting with pride as he told your reporter that Realme has grown by over 800 per cent YoY in Q3 2019. And, why wouldn't he! It is a massive feat for a company that is just 18 months old and now sits at the fourth spot in the Indian market with 14.3 per cent share, behind only Xiaomi (27.1 per cent), Samsung (18.9 per cent) and Vivo (15.2 per cent).

2019 in particular, has been brilliant for the Chinese smartphone manufacturer that has come up with several impressive smartphones like Realme X, Realme XT, Realme 5 and more, while consistently entering into new territories and challenging the already existing players. Launched in July this year, Realme X was company's first premium smartphone and just four months later, it has further pushed the limits by bringing Realme X2 Pro at a highly aggressive price point. The smartphone comes with top-end features like Qualcomm Snapdragon 855 Plus chipset, up to 12GB RAM, 50W VOOC fast charging technology and 90Hz screen refresh rate.

Realme has primarily been competing against Xiaomi in the Indian market and Realme X2 Pro takes on Redmi K20 Pro, launched earlier this year. At the same time, the latest offering by Realme is positioned in a territory that has largely been dominated by OnePlus in the last few years and will definitely give a tough fight to the recently launched OnePlus 7T. Interestingly, both OnePlus and Realme are owned by the same parent company - BBK Electronics. So, how good is the Realme X2 Pro and where does it stand against competition? Let's find out.

Of all the features mentioned above, it is the 50W VOOC fast charging technology that emerges as the biggest highlight of the Realme X2 Pro. Lately, I have realised that there is a big consumer base in India that puts battery above everything else while making the purchase. Even though Realme X2 Pro has a 4000 mAh battery that has been used on several other smartphones, it is the speed at which gets fully charged, that has never been seen before. 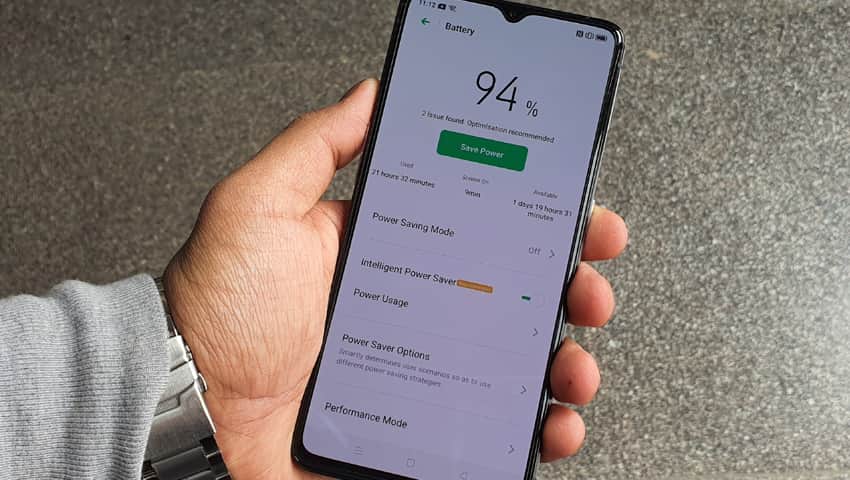 Realme claims that with the help of this technology, you can juice up the X2 Pro from 0 per cent to 100 per cent in about 35 minutes. During our time with the device, we managed to get full charge in just 30 minutes and 31 seconds which is unbelievable and highly impressive! Yes, we first drained the battery completely beforehand. Realme also provides the option, if you want to have a better battery life, to change the refresh rate to 60Hz, but it doesn't make much difference.

The good part is that the 50W fast charger comes inside the box so you don't have to purchase it separately like in case of some other smartphones.

Realme X2 Pro looks very similar to the Realme XT and even the colour options are almost same. One thing that changes though is that Realme has finally opted for a more premium glass-metal finish instead of the usual polycarbonate body that is found on most of its smartphones. Surprisingly, the back panel doesn't attract too many fingerprint smudges and the phone isn't slippery to hold either. So, you can ditch the case unless you want an extra layer of protection. Otherwise, the smartphone is protected by curved Gorilla Glass 5 on the front and back. 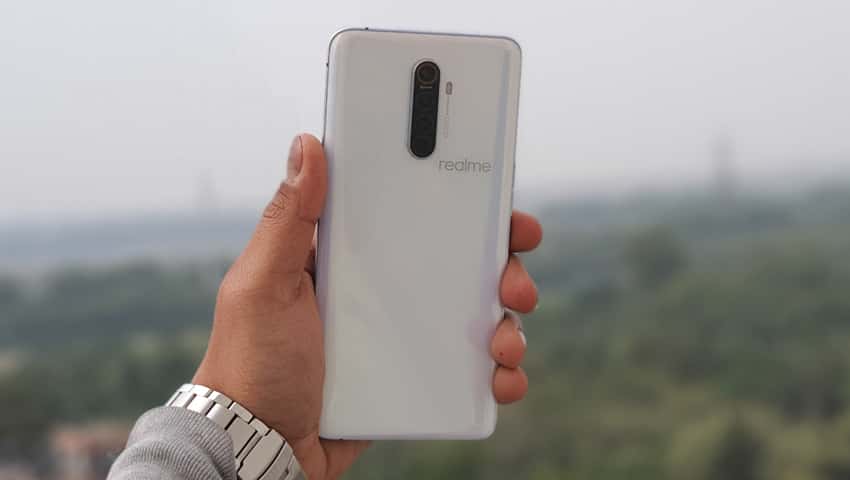 Realme X2 Pro has been launched in two colour options - Neptune Blue and Lunar White. We had the latter for review purposes and it gets our vote as the better looking variant. Realme has launched a Master Edition of this smartphone in Brick and concrete finish which will cost you an extra 1000 bucks but is far superior than the standard model in terms of look and feel.

The back panel houses a quad camera setup along with the Realme logo, volume rockers are on the left while the power button is placed on the right side of the device. You get both 3.5mm jack and type-C charging USB port along with dual speakers. 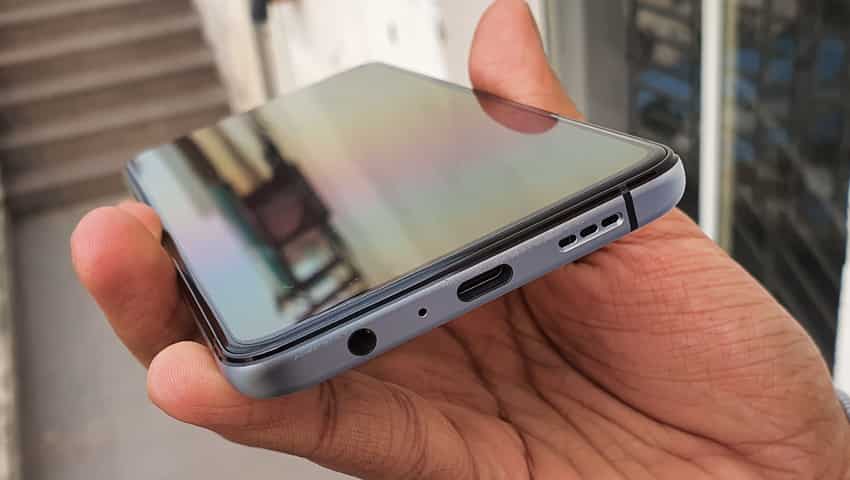 Now, while the design elements are relatively simple and nothing that you have not seen before, it is the display that makes a big difference. Realme X2 Pro comes with a 6.5-inch fullHD+ AMOLED display stretched in a tall 20:9 aspect ratio and helped by a 90Hz screen refresh rate, stealing some of OnePlus' thunder. To tell you big this leap is, some of the other premium devices like Samsung Galaxy Note 10 series smartphones and Redmi K20 Pro still run on 60Hz refresh rate.

This display is like a cheese burst pizza. Once you have it, you simply can't go back to thin crusts. It is really smooth, opens apps seamlessly and gives you a much superior touch as well as gaming experience. 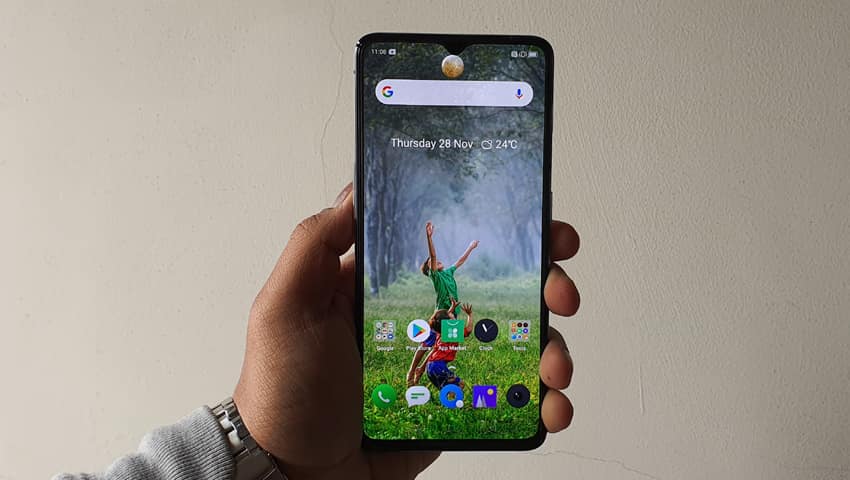 The Realme X2 Pro also comes with support for HDR 10+ which means that you can stream content in the highest quality. It has 100 per cent DCI-P3 colour gamut and allows you to choose between natural and vivid colour options. Realme has also added a dark mode that uses a greyish palette and allows you to save battery when needed.

The screen size and above-mentioned specs make the Realme X2 Pro ideal for streaming videos and playing games. It produces punchy colours and is bright.

Realme X2 Pro: Something for Everyone Camera

The Realme X2 Pro has a quad camera setup at the back led by a 64-megapixel primary sensor that was introduced by the company on Realme XT earlier this year. It is assisted by a 13MP telephoto sensor, an 8MP ultra-wide sensor, and a 2MP depth sensor. The main and zoom lenses impress you the most with their ability to capture better details. 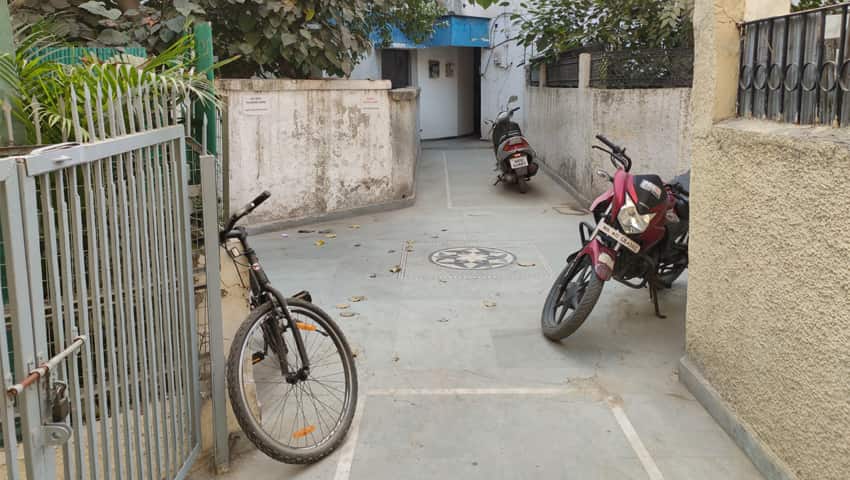 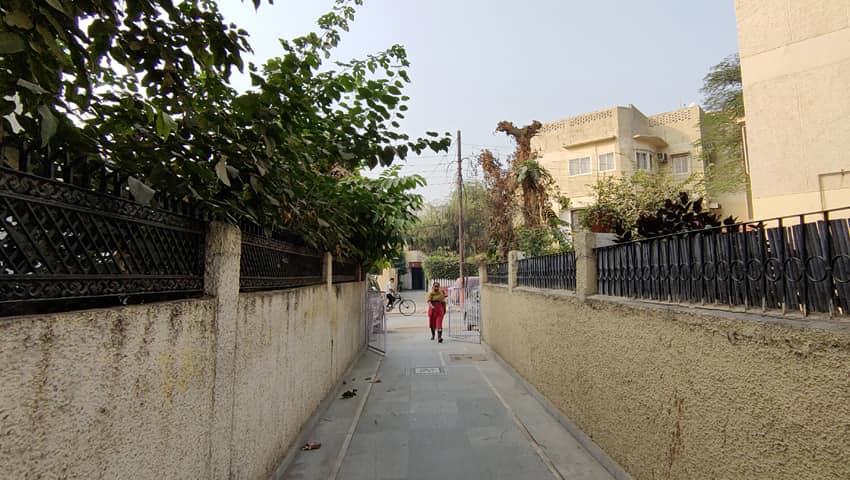 Just like the Realme XT, this smartphone too over enhances the images at times but apart from that, you get pretty decent clicks. The telephoto lens allows you to zoom into objects with its 5x hybrid and 20x digital zoom capabilities. However, this is only handy in daylight conditions due to a smaller sensor.

The wide-angle lens is slightly disappointing, largely because of its narrow field of view (FoV) of 115 degrees. This actually fails to solve the purpose of having a wide angle lens with only a marginal difference from a normal image. The camera supports nightscape mode for low-light photography and has several other options to choose from in the camera app. 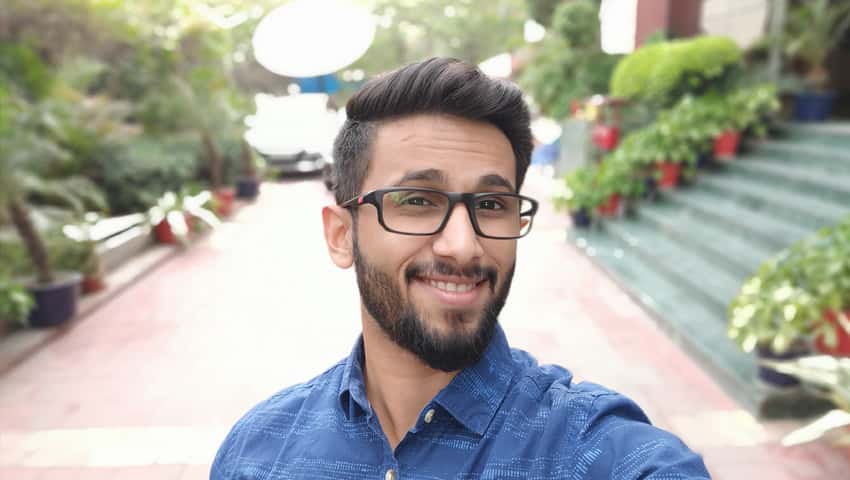 On the front, the phone has a 16MP shooter for selfies. It definitely takes some good shots and comes with several beauty options to choose from. You can also add blur effect to your selfies.

The Realme X2 Pro is powered by Qualcomm Snapdragon 855+ processor which is available on select smartphones in India like the OnePlus 7T series, Asus ROG Phone II and Nubia Red Magic 3s. This chipset is known to deliver a powerful performance and to spice things up, Realme is offering up to 12GB RAM for the very first time on its smartphones. This is a deadly combination and quite capable of handling multiasking and heavy gaming titles. 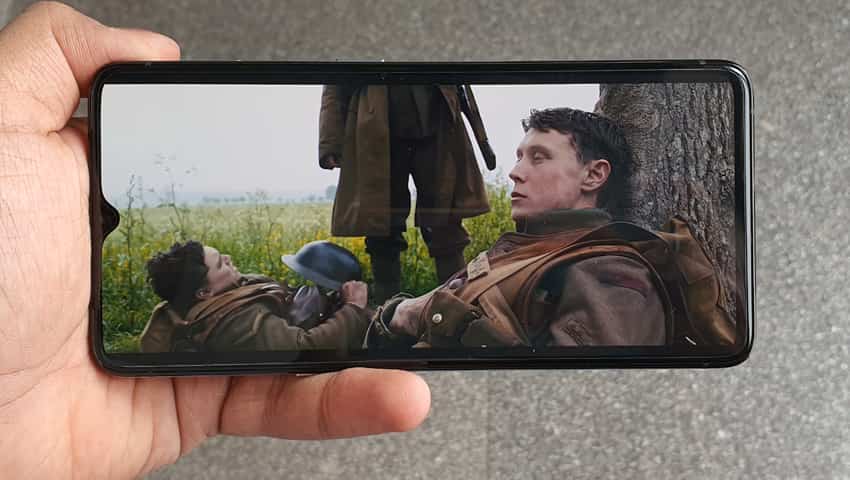 Another good addition by Realme on this smartphone is the dual stereo speakers that come with Dolby Atmos-encoded audio. In the past, we have complained about the low audio output of the Realme smartphones including the Realme X and it has been taken care of with the X2 Pro. The speakers used in this one are loud and allow you to consume media without having to use earphones.

Realme continues to use ColorOS 6.1 on the X2 Pro but has announced that the smartphone will get new version of the operating system starting December 18. As of now, the UI comes with bloatware and several pre-installed apps that you probably don't need. Hopefully, this is addressed with the tweaked version of ColorOS 7.

To sum it up, the Realme X2 Pro turns out to be a great flagship level smartphone from Realme with several premium features like 64-megapixel camera, higher refresh rate, more powerful chip and unbelievably fast charging. At Rs 29,999, the base variant of this smartphone is a total steal against the Redmi K20 Pro which is powered by Qualcomm Snapdragon 855 processor and uses a 60Hz display. Even the 12GB RAM variant seems like value for money at this point against the OnePlus 7T which offers you up to 8GB RAM for Rs 39,999.

However, to say that Realme X2 Pro is a perfect device, would be wrong. The software on this one remains the key issue for both the manufacturer as well as customers. Significantly, this is an area where OnePlus has a massive lead over its competitors, but even then, Realme has really pushed the limits with X2 Pro and set new benchmarks.