Realme to launch a new smartphone with 90Hz display: Is it Realme XT Pro?

Realme's product manager Wang Derek took to Weibo to confirm that the company`s 90Hz display smartphone is not far away. 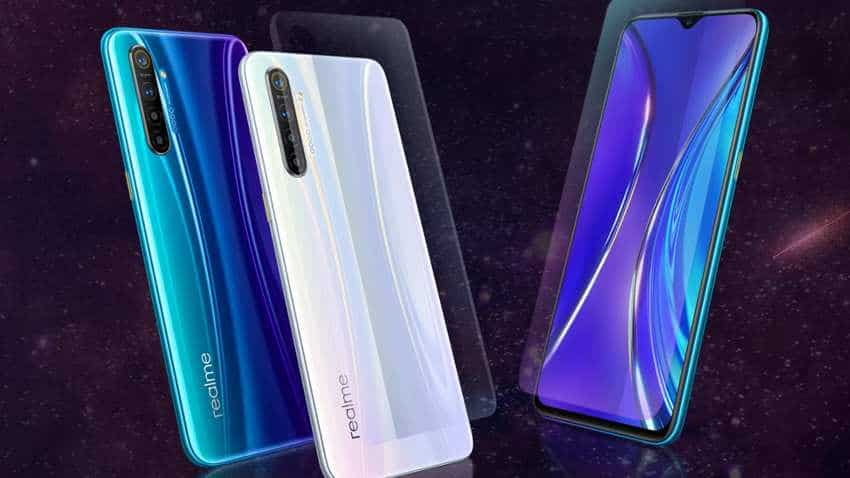 The Realme XT is confirmed to be the first 64MP camera smartphone to arrive in India. Source - Flipkart.
Written By: ZeeBiz WebTeam
Edited By: Manas Tiwari
RELATED NEWS

Realme is on fire! And, it seems there is no stopping the Chinese smartphone manufacturer anytime soon. Its been less than three weeks since the company introduced its new line up of budget smartphones that included Realme 5 and Realme 5 Pro amd it is already gearing up to launch its new offering - the Realme XT - set to be unveiled in India on September 13. And, even before that device would have been launched, Realme's product manager Wang Derek took to Weibo to confirm that the company`s 90Hz display smartphone is not far away.

The same refersh rate was offered by the OnePlus 7 Pro display earlier this year and has been missing on other premium smartphones like the Samsung Galaxy Note 10 series. If reports are to be believed, the new Realme smartphone could be Realme XT Pro, an upgraded variant of the Realme XT launching this week.

The Realme XT is confirmed to be the first 64MP camera smartphone to arrive in India and was showcased by the company during an event in New Delhi last month. Since then, the device has been teased on various platforms by the company and leaks have also hinted at its specs and features.

Meanwhile, the Realme XT Pro which is likely to come with 90Hz display, is expected to feature a 6.4-inch FHD+ AMOLED notched display. The device is expected to have a Qualcomm Snapdragon 730G processor under the hood with 8GB RAM and 128GB storage. In terms of optics, the device would house a 32MP selfie shooter and a 64MP main camera, an 8MP ultra-wide, 2MP macro and 2MP depth sensor at the back.

The Weibo post by Derek also confirmed that the Realme XT Pro or the smartphone that would feature 90Hz display, will be cheaper than OnePlus 7.