These two variants of Realme C1 will be available for sale from February 5 at 12 noon. The new Realme smartphone will also be available via offline stores across India. 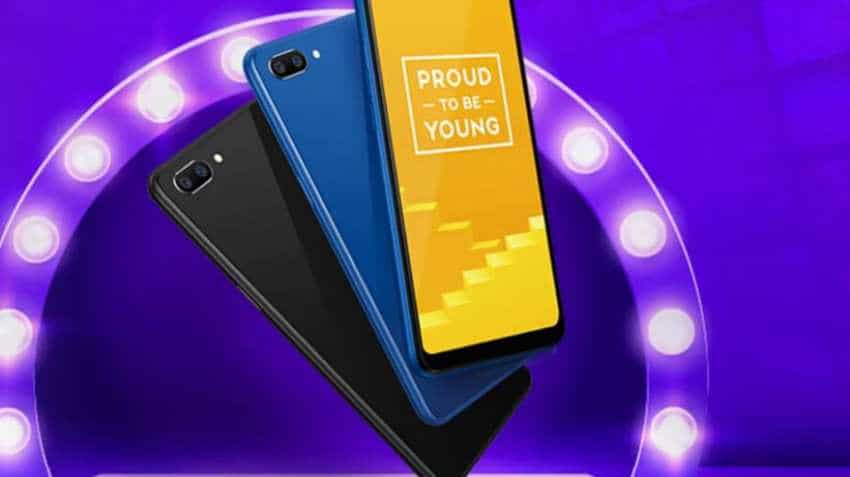 In its latest offering of budget smartphone, Realme has launched 2019-edition of Realme C1 in India. The smartphone maker has also announced Realme C1 3GB RAM variant, while on its 2GB RAM version has got storage upgrade from 16GB to 32GB of inbuilt storage. The Realme C1 comes with 6.2 inch-inch HD+ display, dual rear cameras, Qualcomm Snapdragon 450 processor, 4230 mAh battery besides other features. Both these devices are set to come in the colour options of Black and Blue.

Realme C1's 3GB RAM variant in India has been priced at Rs 8,499, while the updated 2GB RAM/32GB storage version will cost Rs 7,499. These two variants of Realme C1 will be available for sale from February 5 at 12 noon. The new Realme smartphone will also be available via offline stores across India.

If we look at Realme C1 specifications, it flaunts a 6.2-inch (1520 x 720 pixels) HD+ FullView display with 19:9 aspect ratio, 2.5D curved glass, and is powered by the Qualcomm octa-core Snapdragon 450 processor coupled with Adreno 506 GPU. As stated, the Realme C1 comes with 2GB/3GB of RAM along with 32GB of inbuilt storage which can further be expanded up to 256GB via microSD.

The new Realme C1 boasts of a 12-megapixel primary rear camera with f/2.0 aperture, LED flash and a 2-megapixel secondary sensor. The phone on its front has a 5-megapixel camera for selfies with AI-backed features, besides features including face unlock, 4G VoLTE, 3.5 mm audio jack, micro USB support, Wi-Fi 802.11 b/g/n, and GPS + GLONASS. The device is backed by a 4,230mAh battery.