Realme buds wireless review: Priced aggressively at Rs 1,799, the Realme Buds wireless compete against Mi Wireless earphones, Beats X and Boat 225F. Well, I got a unit delivered a few days back and have been used it for a while now. So, let's see if the buds are worth your money or not. 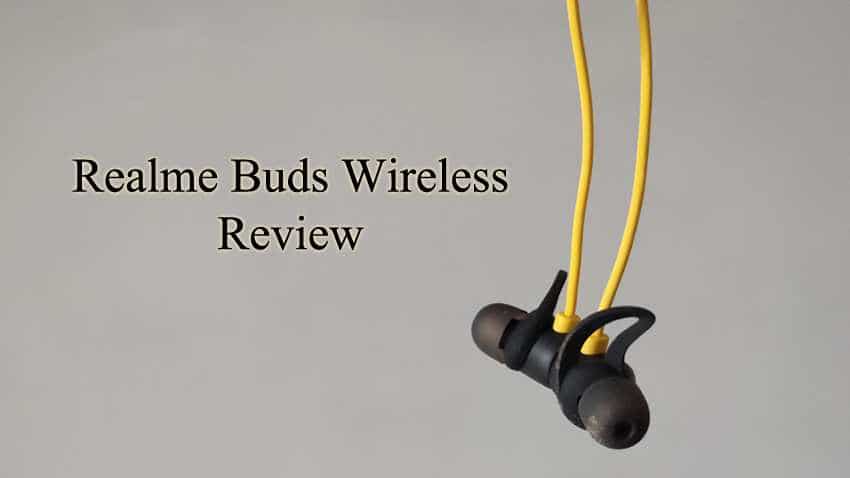 Realme has used a black-coloured flexible neckband on this device and the wires are yellow.

Realme buds wireless review: There is an ongoing debate on whether Realme is launching too many smartphones in India or not. While the industry believes so, company CEO Madhav Sheth explained that it is only trying to offer multiple options to its customers in different price segment. Sheth even went on to explain how each of Realme's smartphone are different from other during a 10-minute long presentation at company's recent launch event for Realme XT - country's first 64-megapixel camera smartphone. And, while everyone remains focused on this, the company continues to drop accessories at the same pace too.

At the same event, Realme also announced its first-ever wireless earphones, less than a month after it had announced Realme Buds 2 (review). Also, the company unveiled its new powerbank. The wireless buds from Realme have been tuned by Norwegian DJ Alan Walker and claim to offer 12 hours of battery life with fast charging support. 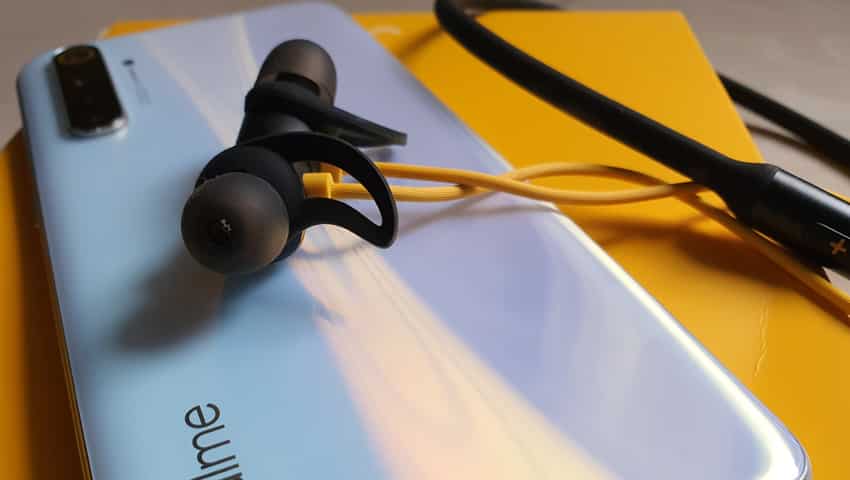 Priced aggressively at Rs 1,799, the Realme Buds wireless compete against Mi Wireless earphones, Beats X and Boat 225F. Well, I got a unit delivered a few days back and have been used it for a while now. So, let's see if the buds are worth your money or not.

I give full marks to Realme for giving a premium look to its highly affordable products as well. The recently-launched Realme Buds 2 were a fine a example of this. Priced at Rs 599, those are one of the finest looking earphones in the market. And, the company has continued the same approach with Realme Buds Wireless. The device follows same colour combination of Black and Yellow, giving it a cool look. 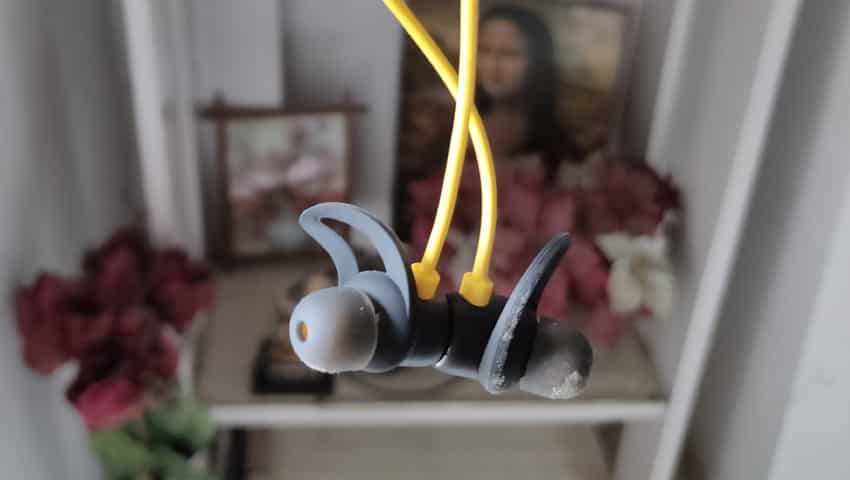 Realme has used a black-coloured flexible neckband on this device and the wires are yellow. The build quality is solid and the earphones are quite lightweight, making them easy to carry around. Even if you are not using them, you can simply put them around your neck without feeling the weight.

On the left side of the neckband, you get an in-line mic for phone calls, three-button control for volume up and down and play/pause and a small LED light indicator along with microUSB port for charging. One thing that would confuse most users is that there is no power on/off button on the neckband. This is also the biggest highlight of the buds. The earcups come with a magnet. To turn the device on, you simply need to separate them. And, once the cups are re-attached, the device turns off. This is the same mechanism that was used by OnePlus on its bullets and is very handy to have. 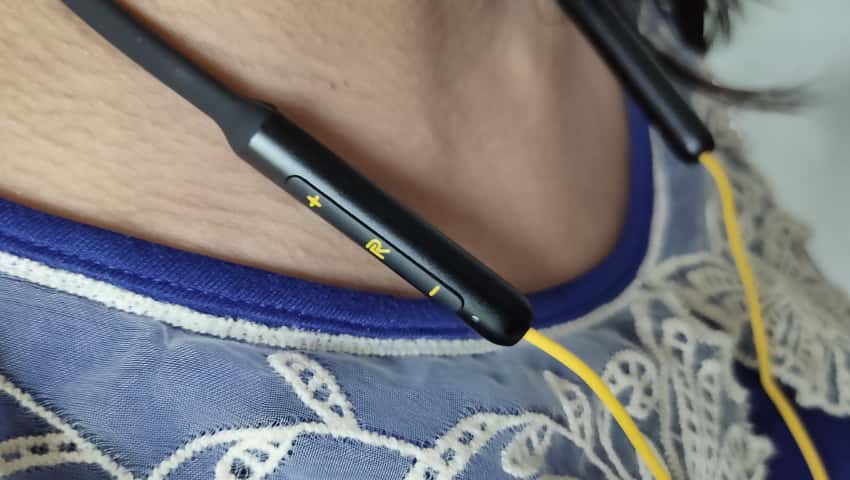 In the box you get different sizes of ear tips that can be changed according to the need. Overall, the buds look good, are comfortable to carry around and fit in well.

As mentioned above, the Realme Buds Wireless come with MFP (magnetic fast pair) technology which allows you to turn on the device by separating the earcups. This also puts the device in pairing mode, allowing you to connect it with a smartphone. I used the buds with Realme XT and Samsung Galaxy Note 10 plus to play music using Spotify and YouTube. 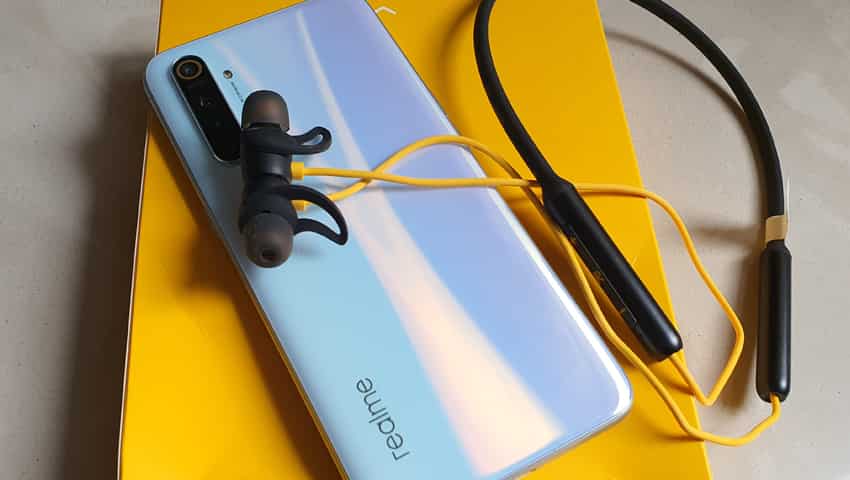 I played a few songs by Arijit Singh and Amit Trivedi to begin with and something wasn't right. The audio quality is absolutely fine and the output is loud as well. But, it adds something extra to these songs. Most Hindi melodies are vocal-driven and while the audio is sharp, the vocals are suppressed.

Then, I moved on to few pop numbers like 'Liar' by Camila Cabello and 'How Do you Sleep?' by Sam Smith. The performance was suddenly better. However, I got the best output with bass-heavy songs including those of Alan Walker himself. I played 'On My Way' and 'The Spectre' by Alan Walker and 'Money in the Grave' by Drake and Rick Ross.

This is where the Realme Buds Wireless is a completely different device with superior audio output. 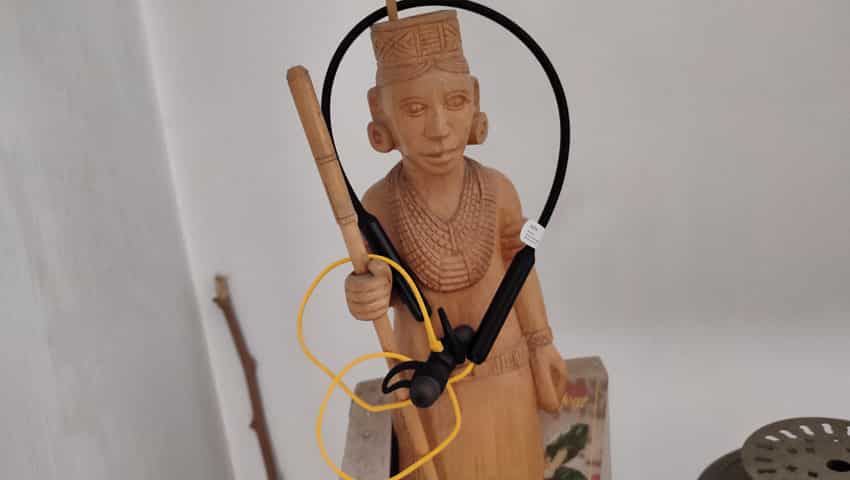 The company claims that Realme Buds wireless can last up to 12 hours in a single charge and even 10 minutes charge can last for up to 100 minutes. It did get around 10 hours of playtime with medium to high audio levels which is highly impressive. Also, fast charging helps you juice up the device within few minutes.

As I said, this device isn't made for you if you prefer listening to Coke Studio while sitting alone in a dark room. The audio output is bass-heavy and vocals are overshadowed. But, if you prefer listening to bass-heavy music while on the go or during workouts, the Realme Buds Wireless does an impressive job. In fact, it is sweat-proof with IP64 certification which means you can use the buds during workout sessions as well. At Rs 1,799, the Realme Buds wireless come with an impressive battery life, decent audio output and magnet controls, making them a good buying option for bass lovers.