Realme Band review: At the start of this year Realme announced that it wants to be the number one lifestyle brand in India and the process has started with the launch of its first ever fitness band – Realme Band – launched earlier this month along with the Realme 6 series. The band comes with a 0.96-inch 16-bit TFT-LCD with a resolution of 160×80 pixels.
Written By: Manas Tiwari
RELATED NEWS

Realme Band review: At the start of this year Realme announced that it wants to be the number one lifestyle brand in India and the process has started with the launch of its first ever fitness band – Realme Band – launched earlier this month along with the Realme 6 series. Priced at Rs 1499, the Realme Band competes against the offerings from Xiaomi and Honor, among others. There is no doubt that the company has been making a lot of noise (mostly due to right reasons) over the last few months and this was probably the right time to for it to enter the smart wearable segment.

The Realme Band offers several good features on paper like a coloured display, heart rate sensor, sports tracker and more. It also comes with an in-built USB charger. I have been using the band for a few days now and this is what I think of it.

The Realme Band is too good-looking and well-built for a first generation device. The back side of the fitness tracker is made from a mixture of polycarbonate and ABS plastic which makes it durable and gives it a slightly premium feel. The band features loop-style straps made of thermoplastic polyurethane. 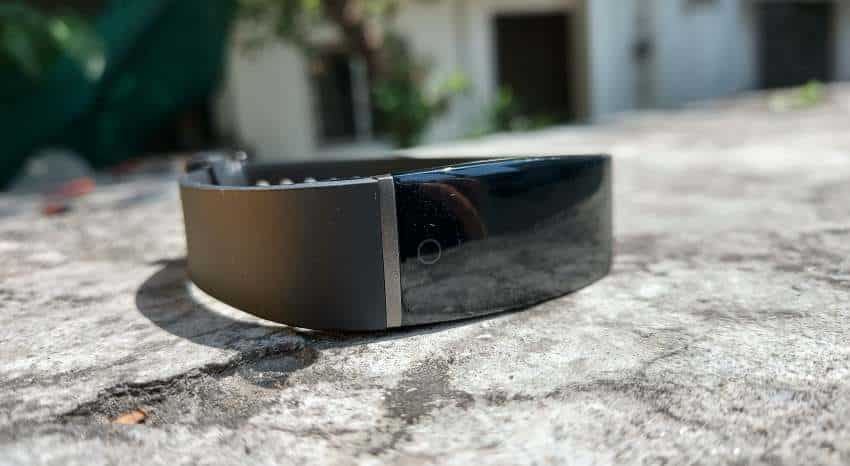 The straps can be detached from either end with one side housing the USB charger. The strap quality seems good. This wristband is 16mm in width and the length is adjustable from 152mm to 227mm.

Realme has launched the band in three colours – Black, Green and Yellow – the last in Realme’s brand colour scheme. We had the black variant for review purposes but the yellow one appears to be the best in images.

The band comes with a 0.96-inch 16-bit TFT-LCD with a resolution of 160×80 pixels. While the display is just fine, it could have been brighter and sharper. You can see the text and elements pixelate a bit in certain light conditions. The lack of brightness is evident in outdoor conditions. 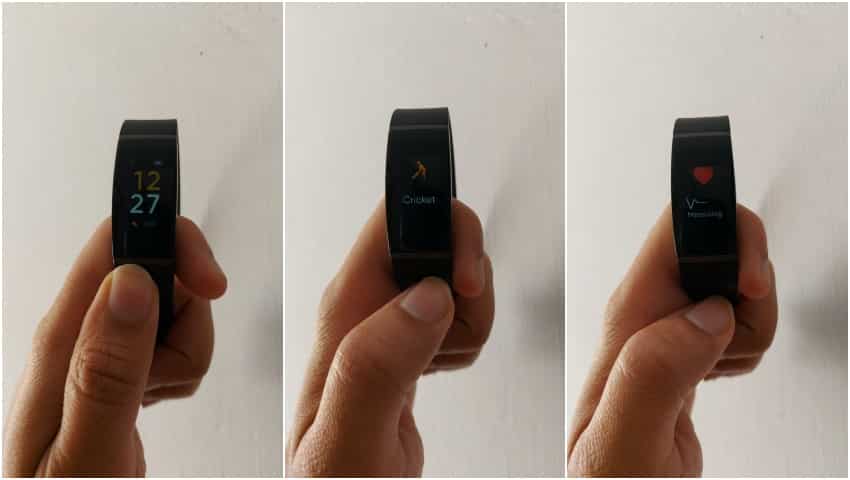 While you can still live with that, the bigger problem is that the display doesn’t support touch entirely. The navigation happens through the touch button at the bottom of the display. One touch allows you to toggle between options while holding it for a few seconds, activaes the option. 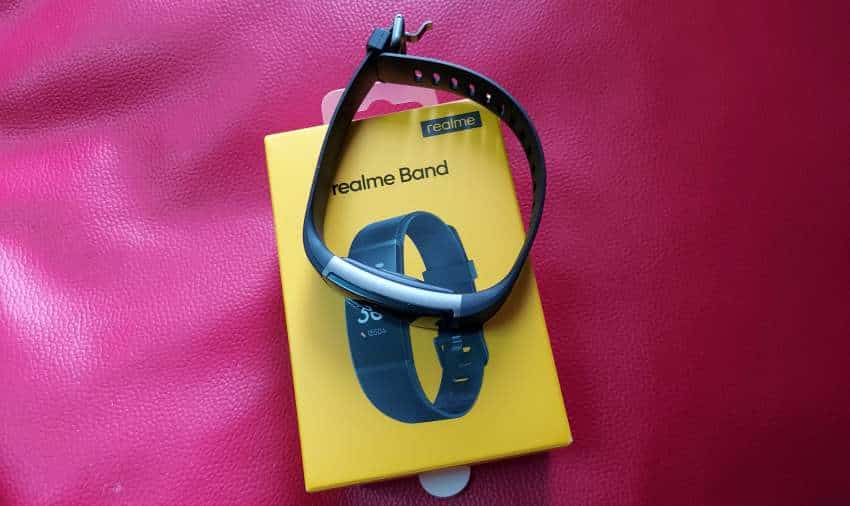 The step counter has been improved with the ability to track your run, apart from the usual steps taken. The band shows calories burnt, average heart rate, maximum heart rate and duration. These are basic functions that you get on all fitness trackers.

To differentiate itself from others, Realme has added a cricket mode to its band. The feature claims to track your experience during a cricket match. The only issue is that THERE IS NO CRICKET HAPPEING (goes to a corner and cries) because of the coronavirus outbreak. So, I didn’t really get a chance to test this mode.

There are only five features in the menu which is a bit of a let-down. Realme could have added a few more options there. To access all the other features and mode, you need to use the app.

While you do get notifications for calls, messages and email, you need to use the phone to read anything or receive calls. 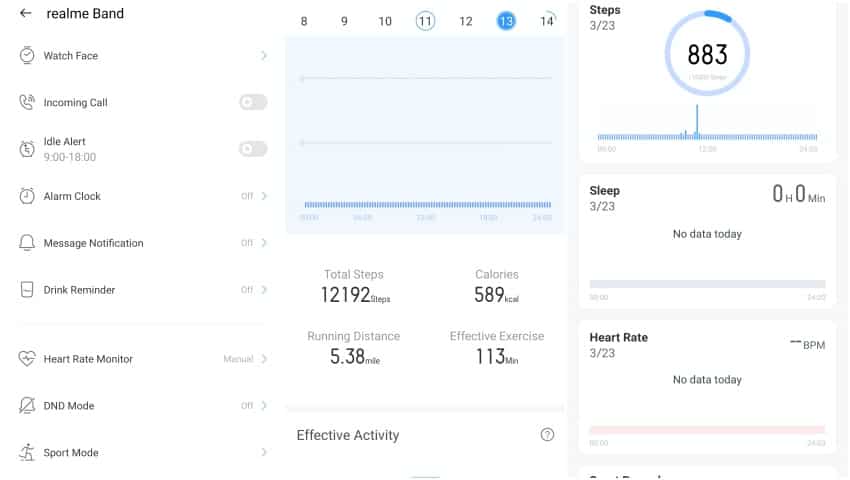 An impressive part of the Realme Band is its battery life. The band easily lasts for three to four days without charging and having an in-built USB connector makes the charging process a lot easier. You don’t need to carry a charger everywhere and the charging is quick too.

Realme Band review: Should You Buy?

At this price point, Realme didn’t have very high benchmark to meet. So, what it has done is kept things simple and come up with a good first-gen fitness tracker that is well-designed but has limited features to offer. There limitations include a mediocre display, touch button for control and basic offerings.

The positives are a good design, aggressive pricing and a highly impressive battery life. However, at the pace Realme is moving, you might see a new fitness band or even a smartwatch from the company in a few months, making them a better bet.