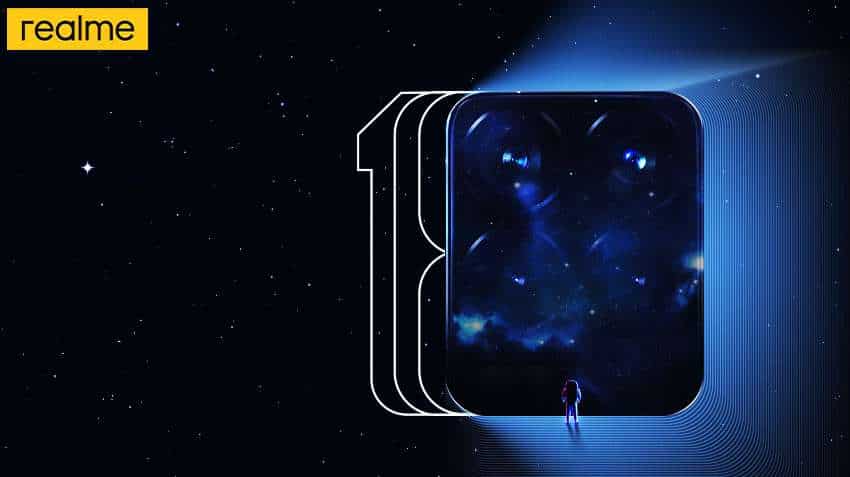 Realme 8 Pro, Realme 8: After successfully launching the Realme X7 series, and Realme Narzo 30 series in India, the Chinese smartphone brand Realme is planning to launch Realme 8 series smartphones in the country. The announcement comes just after the company launched the Narzo 30 Pro and Narzo 30A smartphones in India. The Realme 8 series India launch has been teased on micro-blogging site Twitter by Madhav Sheth, Vice President - Realme and CEO, Realme India and Europe.

Sheth took to Twitter and revealed the launch of the Realme 8 smartphones. While the post doesn’t clearly say about the Realme 8, the ‘#InfiniteLeapWith8’ is an indication of the successor to the Realme 7 series. In his tweet, Sheth posted a picture and wrote: "A great breakthrough ahead!. Do you guys know what 108 stands for?. Stay tuned, unveiling tomorrow. #InfiniteLeapWith8 #DareToLeap."

The tweet also mentions the trending concept of a 108-megapixel camera. This means that the new Realme smartphones with come with one, thus, becoming the company’s first with the camera configuration. Today, Madhav Sheth wrote on Twitter: "Get ready to take the next leap in camera and photography. Can’t wait to tell you more about this breakthrough in our Camera Innovation Event, Leap to 108MP. Tune in on 2nd March!."

In a statement, the company on Friday said: "Through constant innovation across our products, Realme aims to come to a step closer in offering a wider and better range of options for the users. In the past Realme has constantly innovated and presented the best of offerings, in 2019, Realme was the first smartphone brand to have launched a 64MP camera and in 2021 the brand is all set to launch its all-new 108MP camera and innovative features for trendsetting photography. Camera technology for smartphones will be an integral part of an exciting range of products lined up in the coming months."

The company is all set to unveil Realme’s all-new 108MP camera uring the digital event, which is scheduled for Tuesday, March 2 at 3 PM on Realme’s social media platforms: Twitter, Facebook and YouTube. Viewers can also watch the live event here: https://youtu.be/sLykcsksM-o.