There is no stopping Realme for now. A week back, the Chinese smartphone manufacturer had launched country's first ever 5G-enabled smartphone and is now set to unveil the Realme 6 series on March 5. 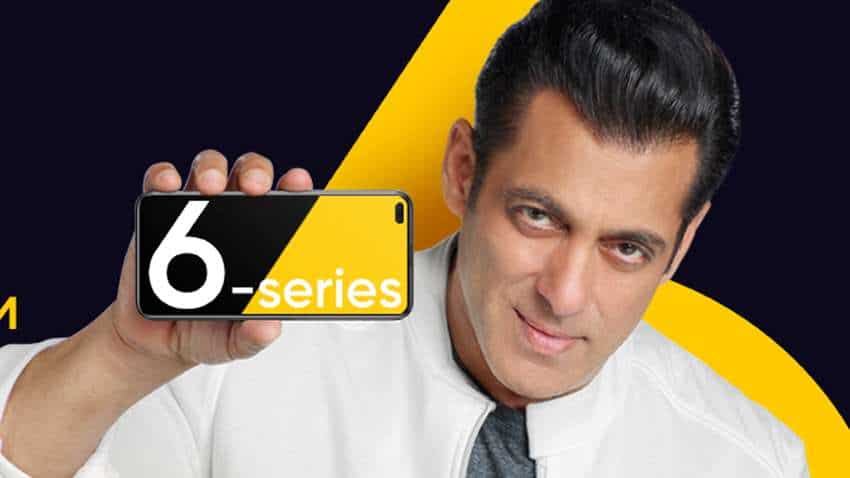 There is no stopping Realme for now. A week back, the Chinese smartphone manufacturer had launched country's first ever 5G-enabled smartphone and is now set to unveil the Realme 6 series on March 5. The line-up will include Realme 6 and Realme 6 Pro - both being aggressively promoted by the company with Salman Khan as its new brand ambassador. Notably, this is the first time the Dabangg actor has tied up with a smartphone brand.

Leading up to the launch, Realme has teased several features of the new series - one of which is not being offered even by flagship-level smartphones like the Redmi K20 Pro and Samsung Galaxy Note 10+. The company has confirmed that Realme 6 series will come with a quad-camera setup, punch-hole displays and upto 30W fast charging.

But, what will make the Realme 6 standout in the Indian market is the fact that it will come with a 90Hz screen refresh rate. Even smartphones like the Redmi K20 Pro and Galaxy Note 10+ run on 60Hz screen refresh rate. There are few other devices like the Asus ROG Phone II, Poco X2 and Samsung Galaxy S20 series that come with a 120Hz display but are priced more than what you may have to pay for the Realme 6.

There are reports claiming that the Realme 6 price in India can be around Rs 9,999 while the Pro model could set you back by Rs 13,999. This will make Realme 6 the most affordable smartphone to come with a 90Hz refresh rate in India.

The Realme 6 will have a single front-facing camera while the Realme 6 Pro will come with a dual front camera. Apart from the 64-megapixel main camera, the phones will include an ultra-wide-angle camera, a telephoto lens for 20x zoom capabilities and a dedicated macro camera. The blind order sale for the smartphones is on and the customers can book their devices by paying Rs 1,000 before March 4.

The remaining amount can be paid before the first sale which is scheduled for March 15. If you pro-book the Realme 6, customers can get the Realme Buds 2 earphones. Realme 6 Pro buyers get a discount coupon of Rs 1,000 for the Realme Buds Wireless earphones.