Realme 6 Pro review: You just can't take your eyes off this one, but should you buy?

Realme 6 Pro review: The smartphone comes with an eye-catching design at the back, Qualcomm Snapdragon 720 processor, quad rear camera setup and a 90Hz display. I spent the weekend with the Realme 6 Pro, took it out for a spin, clicked some pictures, played some games and here is what I think of it. 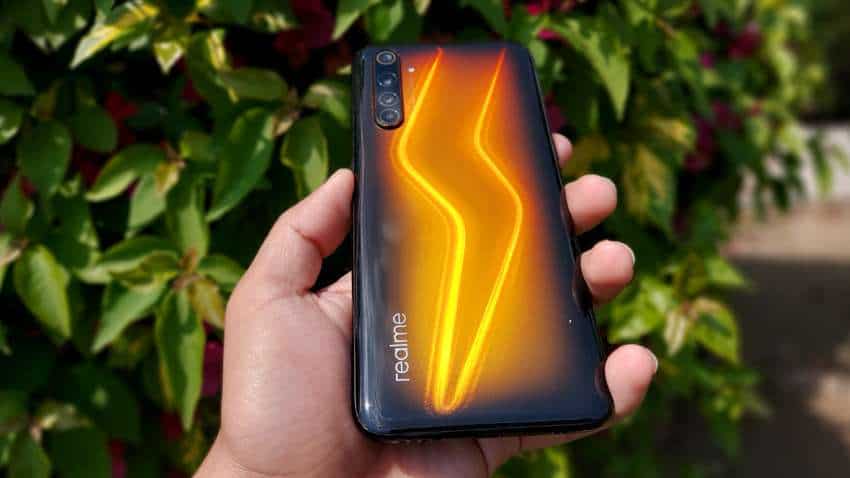 The Realme 6 Pro is undoubtedly one of the most well-designed and stylish smartphones to have been launched in 2020 so far.
Written By: Manas Tiwari
Edited By: Harish Dugh
RELATED NEWS

Realme 6 Pro review: Another week and here I am, reviewing another Realme smartphone. It’s almost like by the time you are done testing one, the company drops two more in the Indian market. While this does give customers a lot of options, they are likely to get confused as well. However, as long as the strategy is working for Realme, you can’t expect the Chinese smartphone maker to change it or slow down.

The latest smartphones launched by the company are Realme 6 and Realme 6 Pro, both positioned in the mid-range segment, even though at different price points. The new offerings succeed last year’s highly successful Realme 5 and Realme 5 Pro. They will be competing against Xiaomi’s recently launched Redmi Note 9 Pro and Note 9 Pro Max along with Poco X2 and Samsung Galaxy M31, among others.

The bigger of the two (even though it comes in a smaller box), Realme 6 Pro comes with an eye-catching design at the back, Qualcomm Snapdragon 720 processor, quad rear camera setup and a 90Hz display. I spent the weekend with the Realme 6 Pro, took it out for a spin, clicked some pictures, played some games and here is what I think of it.

My biggest complaint with Realme for the last few months has been that most of its smartphones launched in this period look very similar. It’s hard to differentiate between the Realme X2 and X2 Pro or the Realme 5 and 5 Pro, as they have similar design language. The company did try to shake things up with last month’s Realme X50 Pro 5G but with the Realme 6 Pro, it has taken the game to next level. 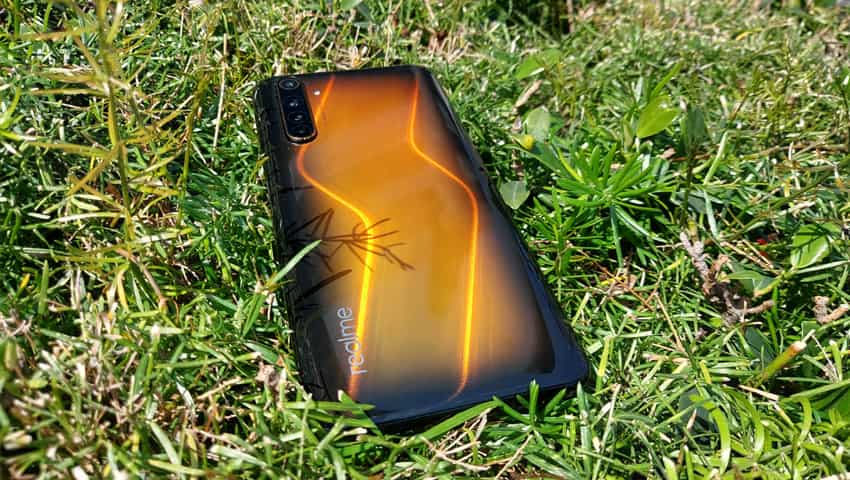 The Realme 6 Pro is undoubtedly one of the most well-designed and stylish smartphones to have been launched in 2020 so far. Its rear panel is inspired by lightning-like design with blue and orange colour options. The design reminds you of ‘Pikachu’. The back panel looks so good in sunlight that it will take someone really strong-hearted to put a case on it.

While I may rave as much as I want to about the design, the glossy finish does make the phone a bit slippery and at 202 grams, it feels a bit heavy too. The rear panel doesn’t attract too many fingerprint smudges which is good to see. You get Corning Gorilla Glass 5 and a pre-applied screen guard for protection. 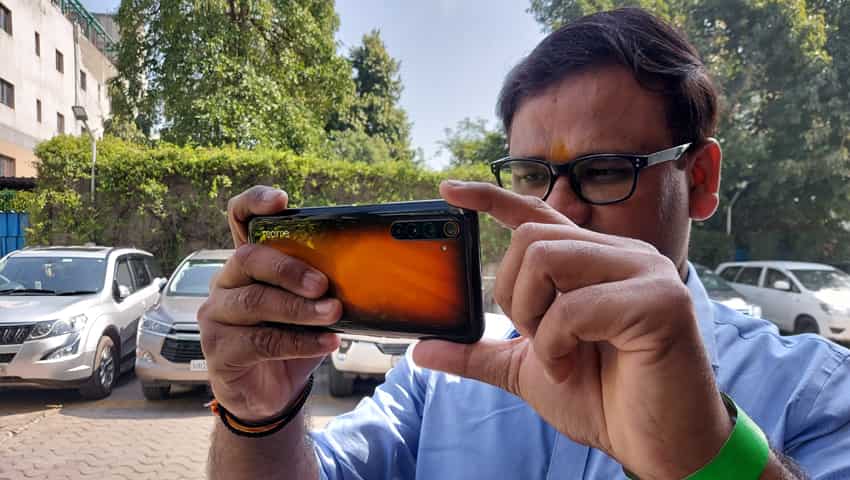 The change continues on the front as well. The Realme 6 Pro features a 6.6-inch LCD display with a dual hole-punch cutout. It seems like the latter is what most companies will be adopting going forward. The cutout doesn’t get into your way during normal usage but can be distracting while streaming content or playing games. 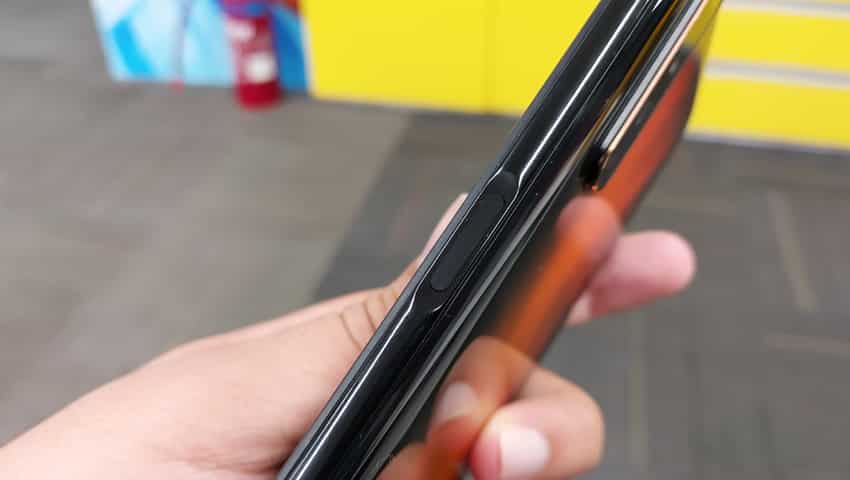 The phone is relatively tall. In fact, one of the tallest I have seen in recent times despite a few of them using the same size display. Since there is no AMOLED display, Realme has opted for a side mounted fingerprint scanner placed on top of the power button. It is reachable and quick to react. 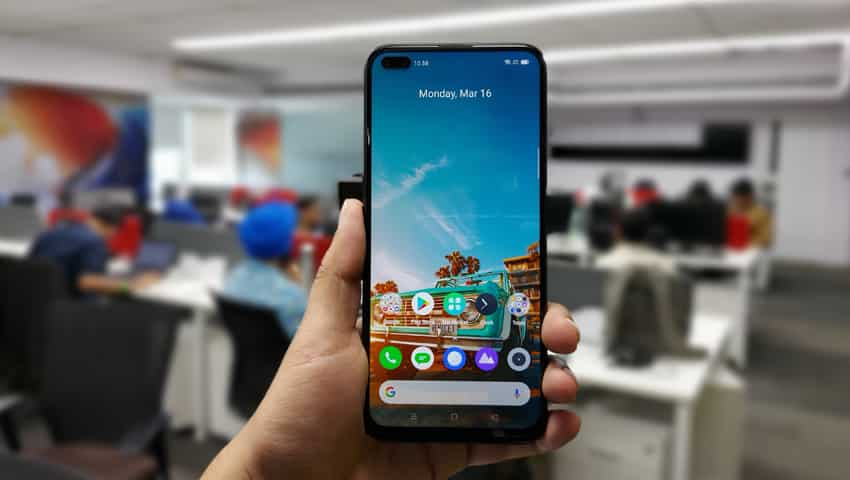 Overall, most design elements remain same or what we have already seen on other smartphones but the colour choices is what make the Realme 6 Pro standout in the market.

The Realme 6 Pro is the world’s first smartphone to be powered by Qualcomm Snapdragon 720G. The Redmi Note 9 series is also equipped by the same chipset but was launched a week later. The processor claims to offer a better performance than the 730G chip which has been used on Realme X2 and Poco X2 – delivering an impressive gaming performance. 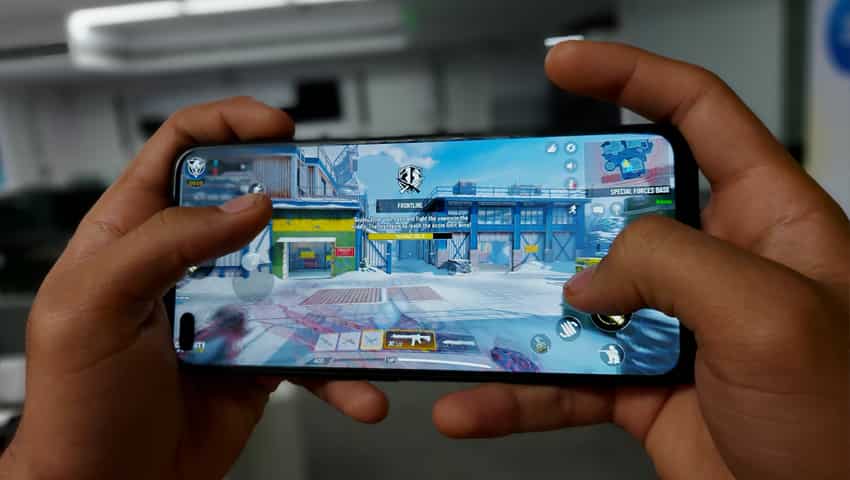 The new chipset, however, comes with few upgrades like support for Bluetooth 5.1, a more power-efficient Sensing Hub and most importantly, NavIC satellite navigation. Designed by Indian Space Research Organisation's (ISRO's), Navigation With Indian Constellation (NavIC) also known as the Indian Regional Navigation Satellite System (IRNSS), aims to provide the most accurate and precise location service to the users of the technology. It had made its debut on Realme X50 Pro 5G. 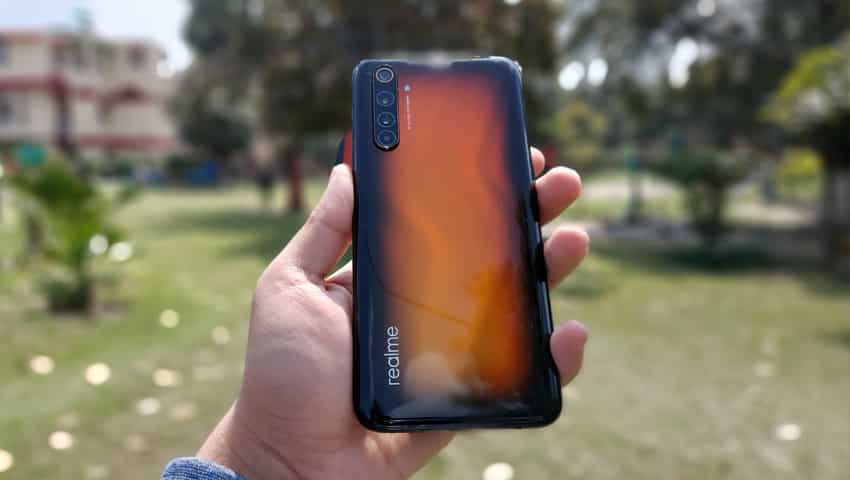 During my limited time with the phone, the chipset handled the multitasking quite capably. The presence of 90Hz display makes your overall experience smooth and seamless. The feature was rare at this price point until last week. It allows you to switch between apps and windows with ease. 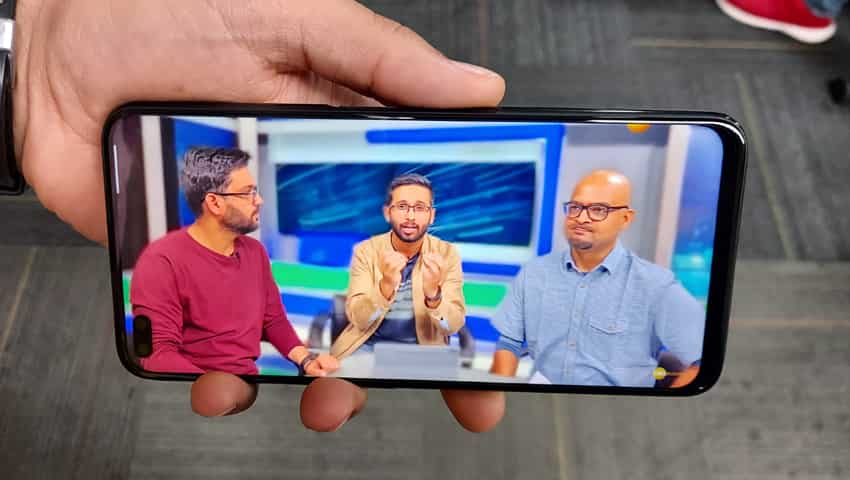 The gaming performance on Realme 6 Pro is solid too. However, I did notice minute lags on games running on higher graphical settings. Both PUBG: Mobile and Call of Duty ran smoothly but the phone did heat up a bit after 40 to 45 minutes of gaming.

The smartphone packs a 4300 mAh battery with support for VOOC Flash Charge 4. The battery lasts for up to a day and there is always an option to switch to 60Hz refresh rate for power saving. Inside the box, you get a 15W USB Type-C fast charger.

The Realme 6 Pro features a quad rear camera setup which comprises of a 64-megapixel primary sensor, an 8-megapixel ultra-wide camera, a 12-megapixel telephoto camera with 2X optical zoom, and a 2-megapixel macro camera. 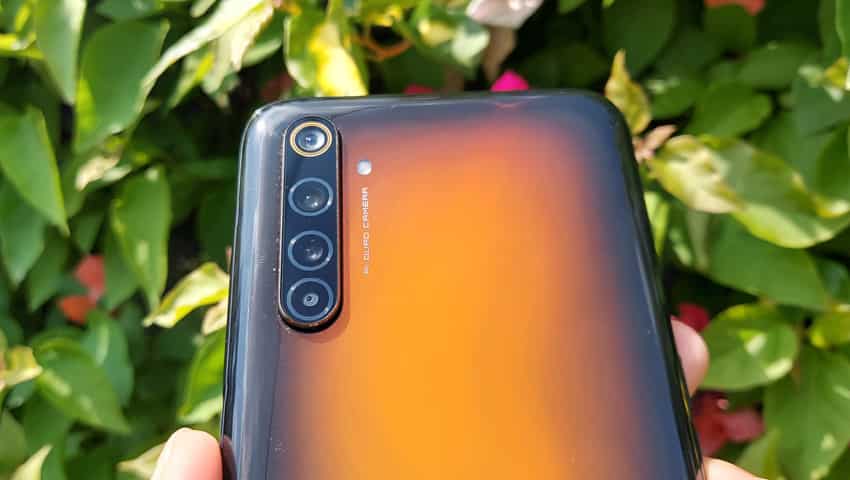 The setup is quite similar to the Realme X50 Pro 5G, yet the results were better on the Realme 6 Pro. The primary camera manages to click some good shots. Even though a few images were slightly saturated, the results were more than satisfactory. The depth shots were the most impressive ones. 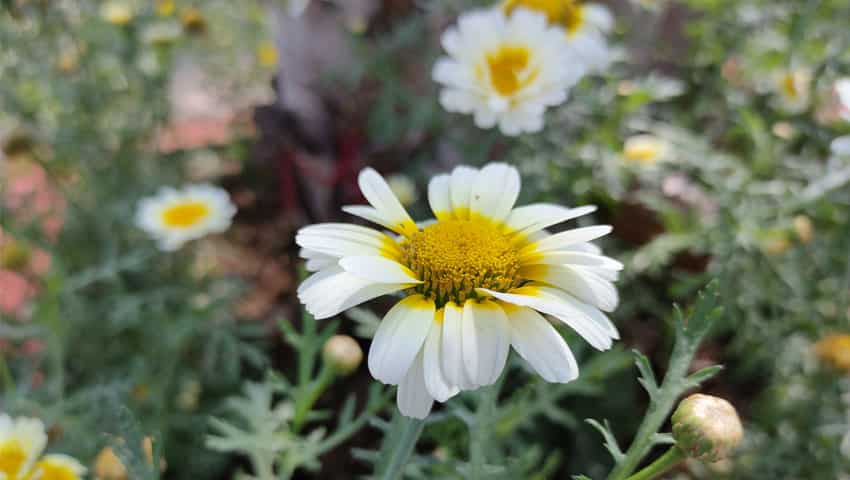 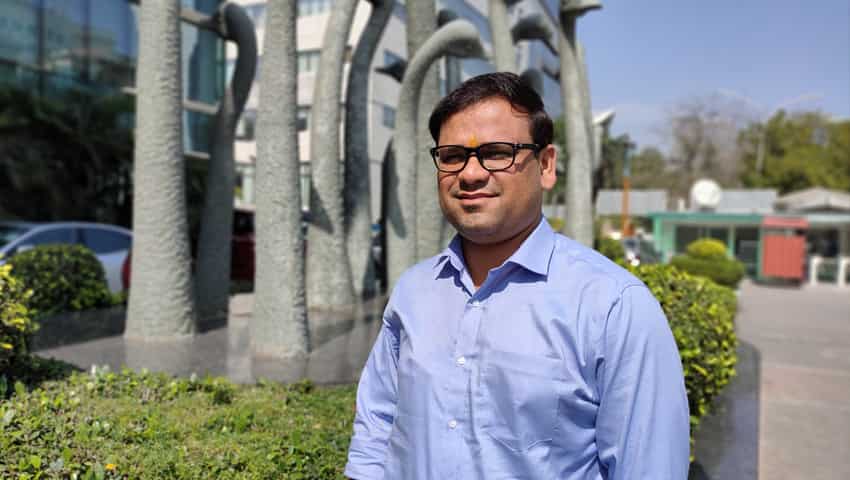 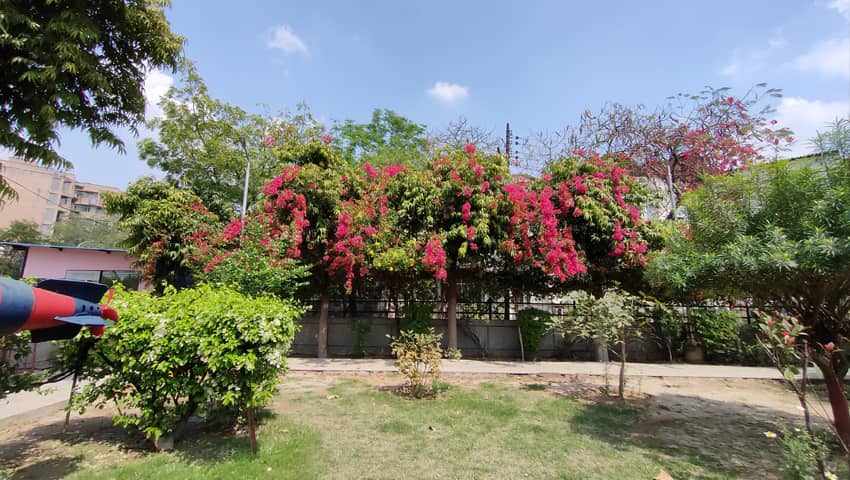 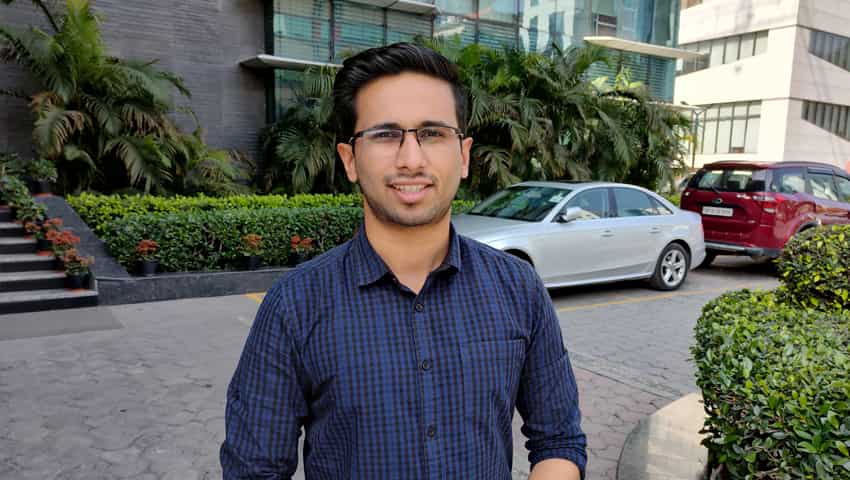 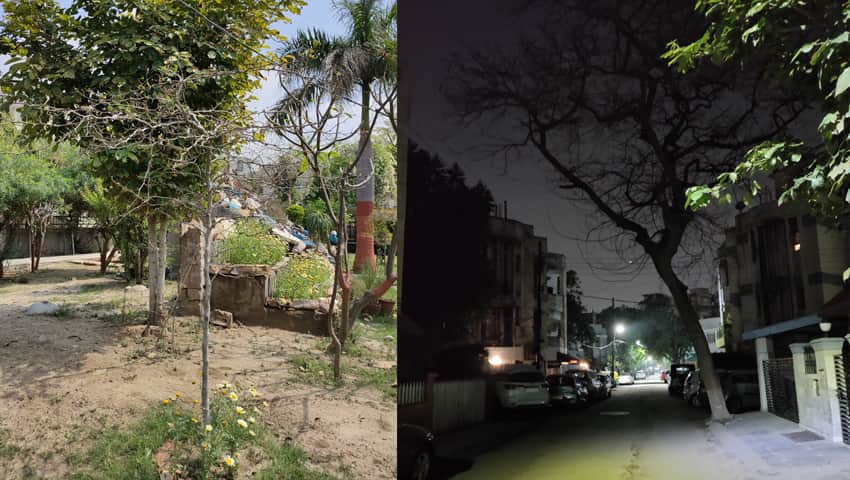 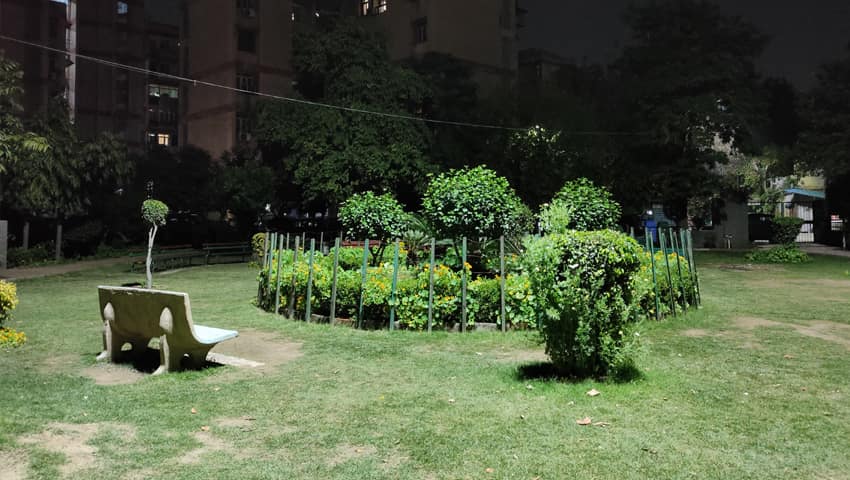 On the front, you have a 16-megapixel primary camera and a second 8-megapixel wide-angle camera. The images clicked from the selfie shooter were slightly underwhelming. The skin tone was slightly different from natural and images were on the softer side. 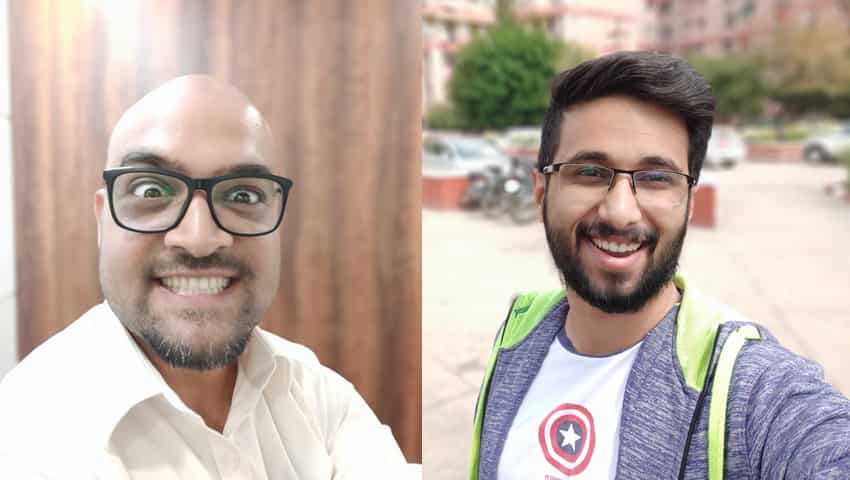 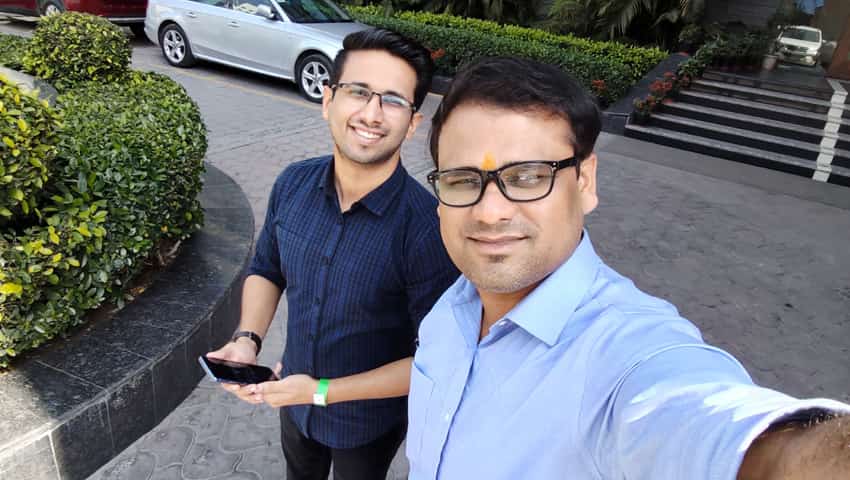 The ultra-wide angle lens on the front does come handy for group selfies. The portrait mode on the front is also impressive.

Realme 6 Pro review: Should You Buy?

This is a very tough question to answer and only because there are so many options right between Rs 15,000 and Rs 20,000 – with Realme itself offering multiple smartphones. What makes the buying decision tougher is the fact that most of these smartphones come with similar features.

Our smartphone has a good display, decent camera and performance but its most unique offering is the design. The Realme 6 Pro can easily be mistaken for a premium smartphone and that could be a good enough reason to spend on it.