Realme 5 review: Get great value for money with this potential segment disrupter

Realme 5 review: Let’s see if the Realme 5 actually offers what it promises on paper or not! 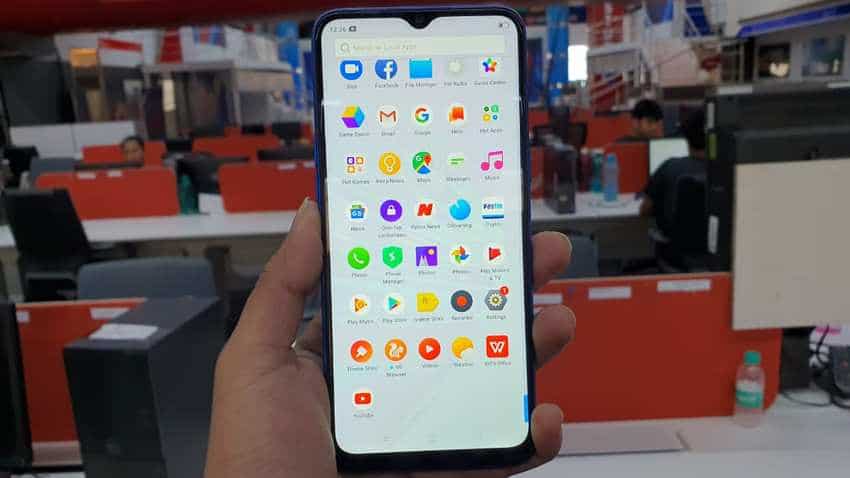 Realme has done a commendable job by coming up with a quad cam setup for less than Rs 10,000.
Written By: Manas Tiwari
RELATED NEWS

Realme 5 review: Its been around 15 months since Realme entered the Indian market and it is tough to believe when you realise that the company has already moved on to Realme 5. Apart from the smartphones launched in the series, the company has also introduced several other devices and is already gearing up to unveil its first 64MP smartphone in the country. Right or wrong, the strategy has certainly worked for Realme which has witnessed tremendous growth over the last few months, giving a tough fight to Xiaomi on its own turf.

While 2019 has mostly been about sub-Rs 15,000 and sub-Rs 20,000 segments, with more and more companies promising premium features in these segments, Realme has shaken up the budget segment once again by offering the first ever quad camera smartphone for less than Rs 10,000 – the Realme 5. The smartphone was launched a few days back in India and is packed with some impressive features in a tight budget.

The Realme 5 is an upgrade on the Realme 3 which was launched earlier this year and truly offers a better user experience. Along with this, the company has also launched an improved version of the device – the Realme 5 Pro, which comes with slightly higher configuration at a higher price tag. So, let’s see if the Realme 5 actually offers what it promises on paper or not! 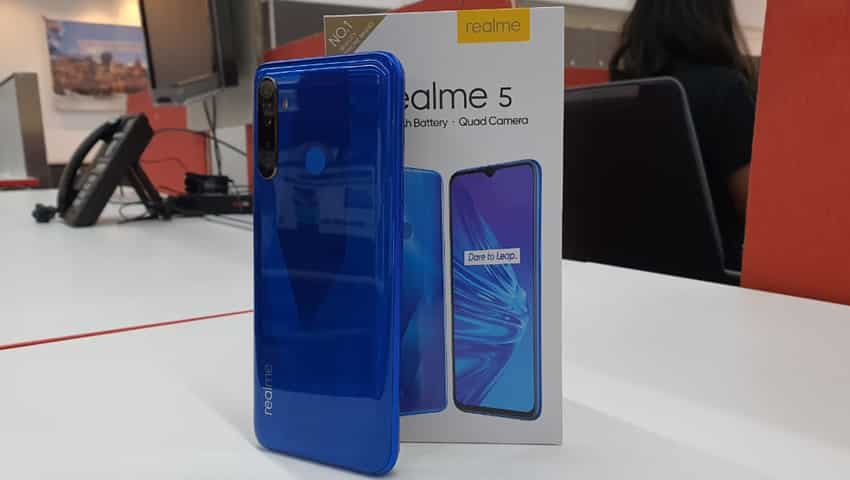 Realme has done a commendable job on the design of all its smartphones this year. From Realme 3 and Realme X to Realme 3i, the company has come up with some of the most stylish smartphones of 2019 and the latest offering is no different. Even though Realme 5 comes with the same polycarbonate body, the diamond pattern on the real panel has seen a major improvement. The smartphone has been given a clear and neat finish which makes it one of the best options in this segment. 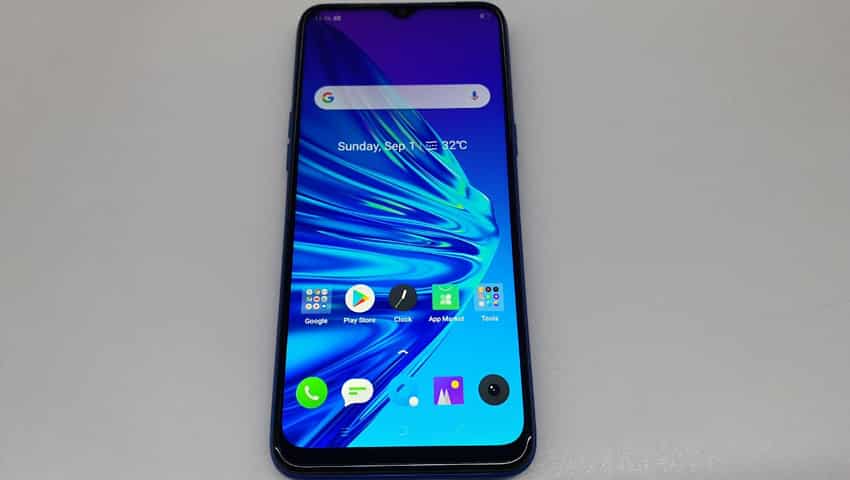 You get a slightly bigger 6.5-inch HD+ (720x1600 pixels) display in comparison to the Realme 3. On top of it, you get a small notch and the device is protected by Corning Gorilla Glass 3.

At the back, you get the vertically aligned quad camera setup. This is Realme’s first smartphone to offer four rear cameras. The fingerprint scanner too is present on the real panel and responds well. On the panels, you get a single speaker, headphone socket, and a Micro-USB charging port. The last slightly disappointing to see as Realme could have gone for Type-C charging. But, remember this smartphone comes packed with a massive 5,000 mAh battery which can keep you going for a long time. 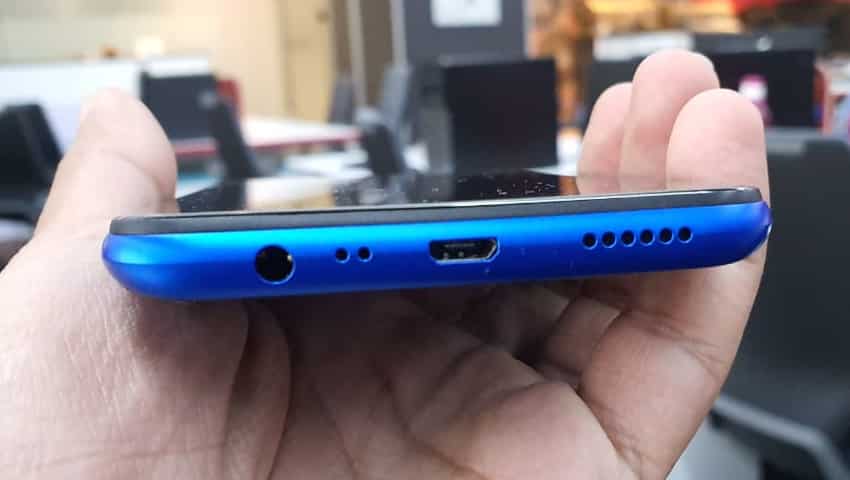 Despite a bigger battery, Realme has done a decent job of keeping the phone reasonably sleek. However, it does feel heavy at 200 grams.

The Realme 5 is the first smartphone to arrive in India with the Qualcomm Snapdragon 665 processor, just one day before its domestic rival Xiaomi unveiled the Mi A3 in the country, with the same chipset. The processor delivers a decent performance and you are unlikely to face any trouble during the daily tasks.

We tried a few basic games like World Cricket Championship and UNKILLED. Both the games ran perfectly well on the smartphone without any heating issue. There were no lagging issues either. Even though the Realme 5 comes with an integrated Adreno 610 GPU to enable better gaming performance, you can’t expect a Rs 10,000 smartphone to run heavy gaming titles like PUBG Mobile on maximum graphics.

If you are already using a flagship or even a premium smartphone, you might find the Realme 5 slightly slow. But, if you are looking to move on from a feature phone or switch from a budget smartphone, you will be overwhelmed by its performance.

The only complain you could possibly have would be with an average display that fails to impress under all conditions. The display size makes the phone a good choice for gaming and media consumption, but the images produced on the screen are not the sharpest. Also, there is no support for HD or higher resolution content through video streaming apps.

Another concern is the not-so-great audio which was a problem with last month’s Realme X as well. The single speaker fails to produce the kind of audio quality you would expect from a smartphone these days. You get the ‘Real Sound Technology' on the Realme 5 but it only works when connected with the earphones.

The biggest highlight of the Realme 5 is undoubtedly its quad camera at the back which comes with a primary 12-megapixel primary sensor, 2-megapixel depth sensor, 8-megapixel wide-angle camera with a 119 degree field of view, and a 2-megapixel macro camera for closeup shots. This itself is a major achievement as even triple rear camera smartphones are rare at this price point. 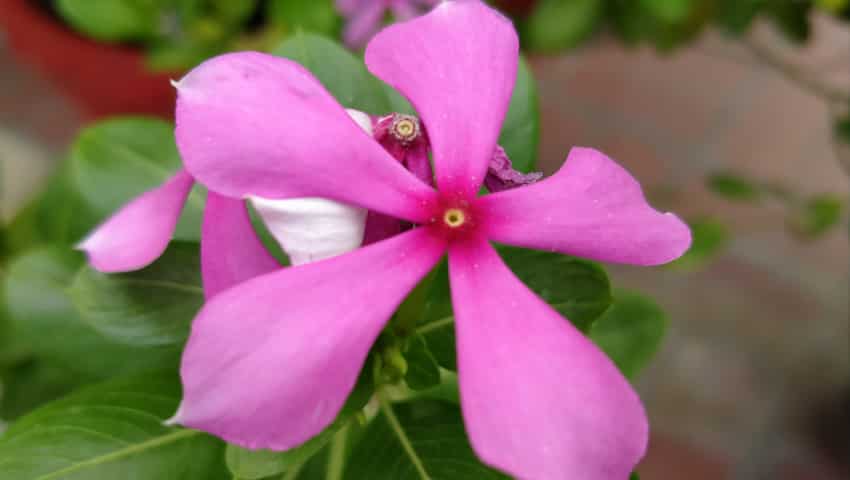 Moreover, the camera does its job well. You get sharp images in the daylight with good details. You might not get similar results in low light and at night, but the images clicked in natural light are of superior quality. 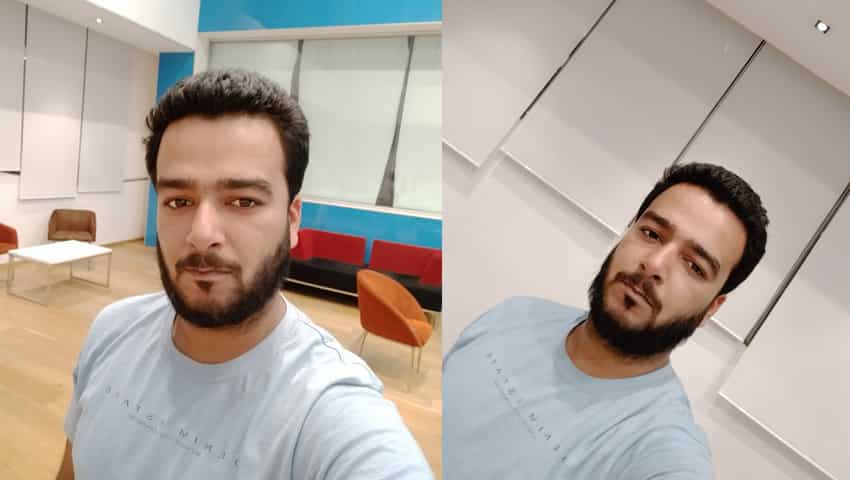 On the front, you get a 13MP selfie camera which performs well in good lighting but struggles in low light.

As we mentioned above, the Realme 5 packs a massive 5,000 mAh battery which is a gift for any smartphone user. The device lasted for an entire day even on medium to heavy usage which included few hours of gaming and video streaming. If you are planning to use the device for basic daily activities like calling, messaging, bit of WhatsApp, etc, expect it to last for more than 24 hours.

Since you get a 10W charger out of the box, it takes a while to juice up the phone. With no Type-C port or support for fast charging, it can take more than two hours to fully charge the device, which could be annoying at times. So, probably you will need to carry your portable charger more than you desire.

Realme has done a commendable job by coming up with a quad cam setup for less than Rs 10,000. The smartphone is a major upgrade on the Realme 3 and not just on paper. It offers an improved processor, better battery life and a good camera, making it a complete steal at this price point. If you like clicking pictures but avoid buying an expensive smartphone, then Realme 5 emerges as a great alternative. 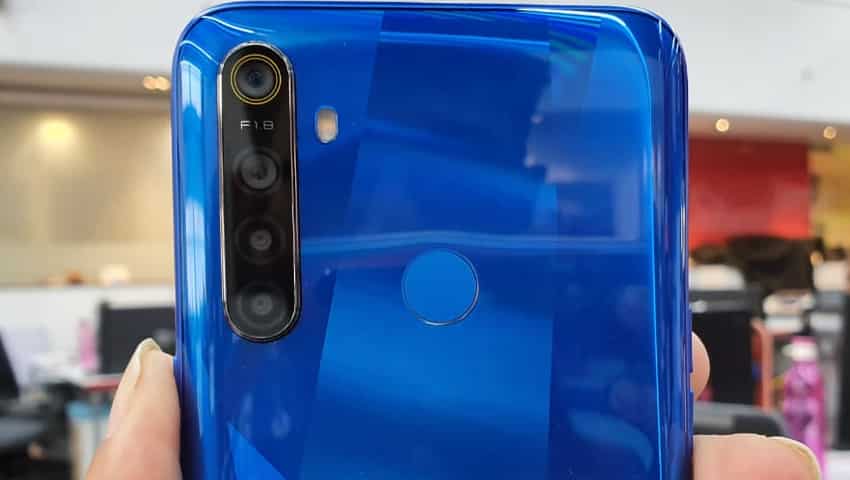 Since, the phone comes with a microSD slot to expand storage, the sensible choice would be the base variant that comes with 3GB RAM and 32GB internal storage for less than Rs 10,000. However, keep in mind the weight of this phones and also the fact that you won't be able to play heavy gaming titles on Realme 5.

The smartphone offers a greater value for your money that most devices in this segment. And, while we always talk about flagship killers, this could disrupt the disrupters.