For the next boost of internet growth, there are certain roadblocks that need to be addressed before the untapped user-base can be converted to internet users. In Rural India, 80% of non-users are not aware of the benefits of internet. Image source: Pixabay
Written By: ZeeBiz WebTeam

Growth of internet usage is slowing down in India, with Urban India already having around 60% penetration, but the real growth potential lies in the rural sector which has till date only 18% penetration. 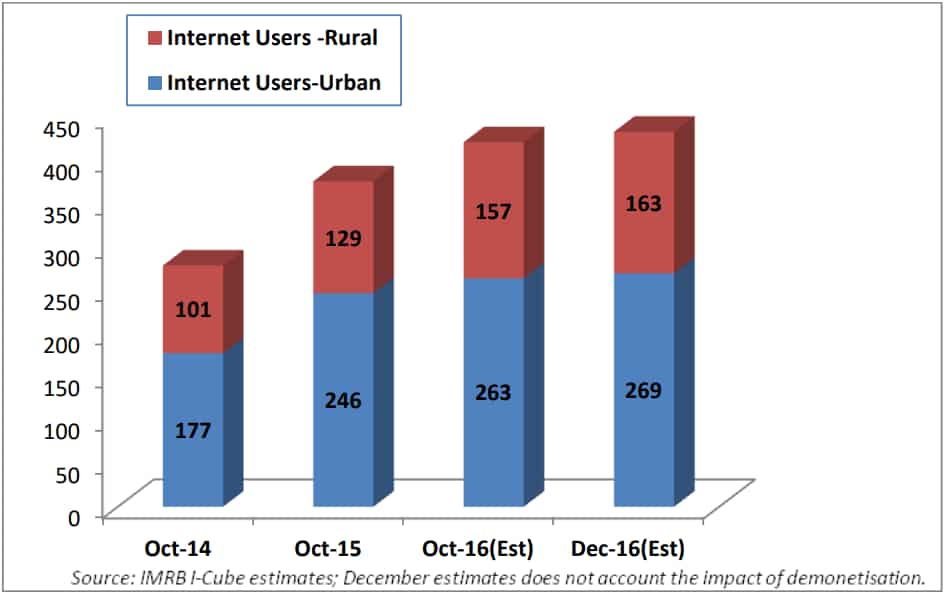 In Rural India, 80% of non-users are not aware of the benefits of Internet and 20% don’t feel the need for internet.

Surprisingly, even in Urban India, 76% non-users reported not being aware of the benefits on Internet. Consequently, 99% of non-users are non-committal towards adopting internet in the coming days.

It is interesting to note that in both Urban and Rural India, ‘lack of means’ (Affordability etc) are not that critical a factor for the non-users.

Availability and affordability of smartphones have changed the choice of device and place of access of internet in Urban India, and there is no denying that smartphones have driven internet adoption in rural India to a large extend.

However, for the next boost of internet growth, there are certain roadblocks that need to be addressed before the untapped user-base can be converted to internet users.

Internet is perceived predominantly as a requirement for the youth in both rural and urban India, with activities like social networking, entertainment etc being the main purpose for using internet.

Real digitalisation of India can only occur when internet transcends being a mode of entertainment and becomes a necessity for daily life. 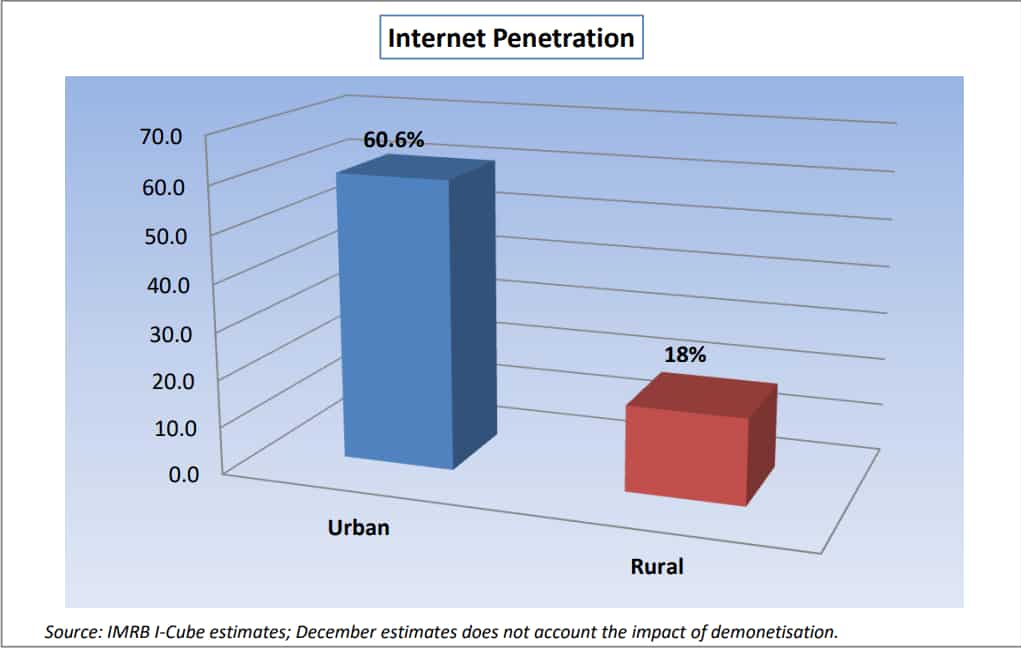 Even though these services are fast growing in popularity, they are still limited in their spread and scope, especially in the rural heartlands.

For these services to prosper there is need for better connectivity and stronger IT infrastructure in the rural sectors, extension of e-governance and other services in digital form.

What is perhaps more critical is the spread of these services in the local languages for ease of communication and adoption of the population. 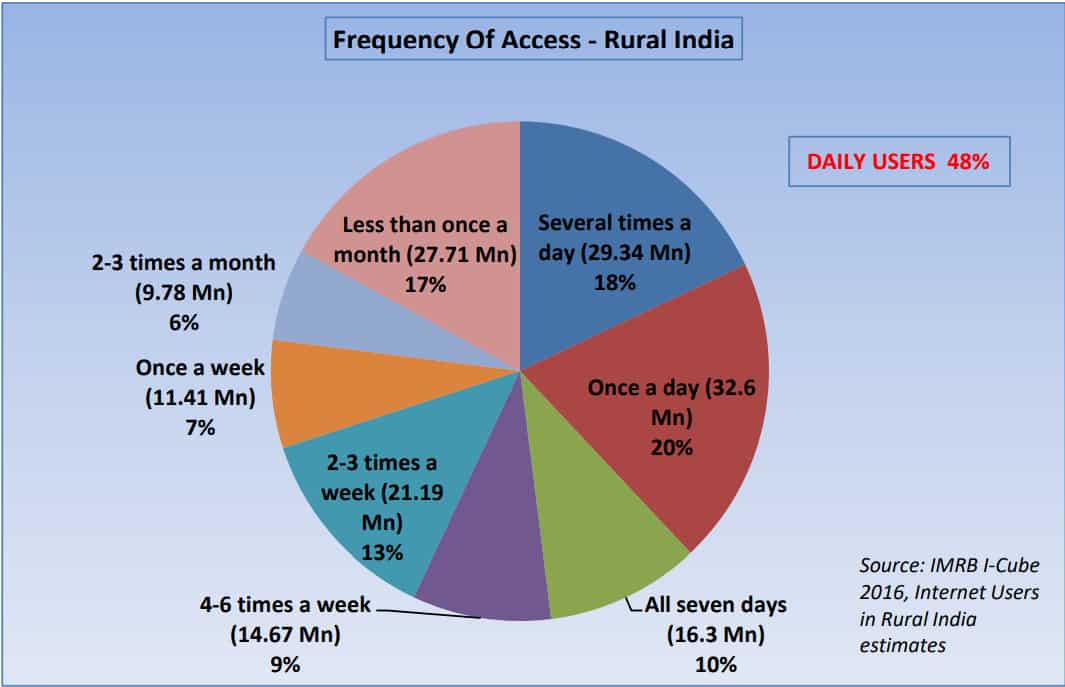