The new glasses have been named “Ray-Ban Stories” and will start at $299 (around Rs 21,988), with polarized and transition lens options being made available at a higher price point. 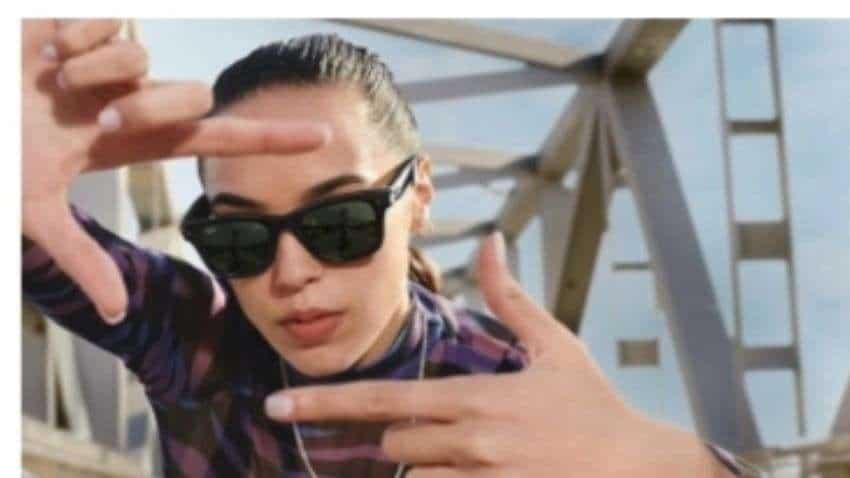 The new glasses have been named “Ray-Ban Stories” and will start at $299 (around Rs 21,988), with polarized and transition lens options being made available at a higher price point. It will be available for purchase in 20 style combinations online and in select retail stores in the US, as well as Australia, Canada, Ireland, Italy and the UK.

The frames feature two-front 5MP facing cameras for capturing video and photos. There's a physical button on the glasses for recording, or one can say "Hey Facebook, take a video" to control them hands-free, the IANS reported.

"You can easily record the world as you see it, taking photos and up to 30-second videos using the capture button or hands-free with Facebook Assistant voice commands. A hard-wired capture LED lights up to let people nearby know when you're taking a photo or video," the company was quoted as saying .

Ray-Ban Stories are available in 20 variations, in classic Ray-Ban styles - Wayfarer, Wayfarer Large, Round and Meteor - and five colours with a range of lenses including clear, sun, transition and prescription.