As per the data available by SimilarWeb, the mobile game is set to cross Twitter in daily active users on Android. 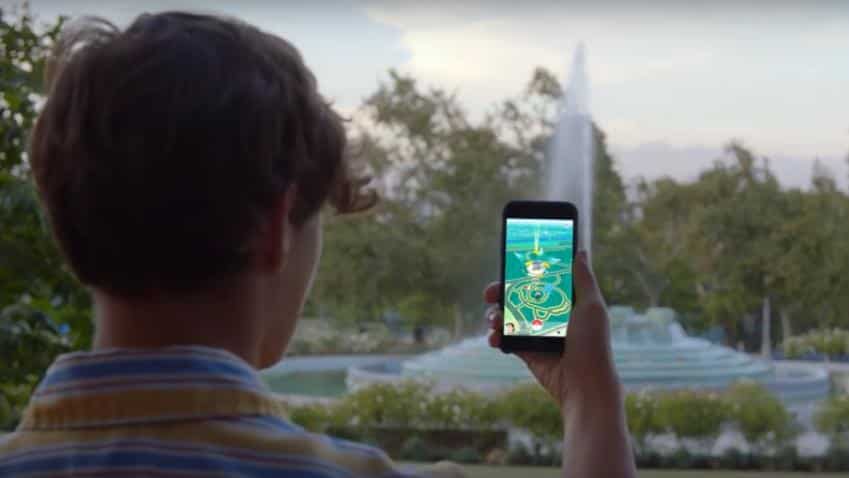 Its been only a week since the launch of Pokemon Go and people are already going crazy. This Nintendo and Niantic Labs mobile game is presently available only in Australia, New Zealand and the US.

The smartphone game has become a "money making machine" for Nintendo. According to an AFP report, on Monday, the shares of Nintendo surged 20% in Tokyo.

"The video game giant jumped 3,310 yen to 19,580 yen as its latest foray into mobile gaming launched in the US and Australia was an immediate hit with fans", said the report.

Moreover, according to a Bloomberg report, the two-day rally of Nintendo shares, lifted the company's market value by $7.1 billion (Rs 47234.52 crore).

As per the official website, Pokemon Go is the travel between real world and virtual world of Pokemon which is built on Niantic's Real World Gaming Platform. It uses real locations to encourage players to search far and wide in the real world to discover Pokemon.

"As you move around, your smartphone will vibrate to let you know you're near a Pokémon. Once you've encountered a Pokémon, take aim on your smartphone's touch screen and throw a Poké Ball to catch it".

Pokemon vs other apps

The game has not been launched globally yet. Despite that the mobile game has surpassed mobile giants like Mobile Strike, Game of War, Clash Royale, Candy Crush Saga and Clash of Clans, in terms of money, said MCV report.

Interestingly, as per the data available by SimilarWeb, the mobile game is set to cross Twitter in daily active users on Android.

The data stated, "Pokemon GO was installed on 5.6% of all Android devices in the United States, and is installed on more Android phones than Tinder. Not only that, but on average users are spending twice the amount of time engaged with Pokemon GO than they are on apps like Snapchat".

The data available is only from Android, and data from iOS is yet to come out.

The game has gained so much of popularity since its launch that the company had to pause the game in order to add more servers.

The official handle of Pokemon tweeted: "Due to the incredible number of #PokemonGO downloads, some Trainers may experience sign-up difficulties. Don’t worry, our team is on it!"

In another tweet, it said, "Thank you for your patience. We have been working to fix the server issues. We will continue rolling out #PokemonGO to new countries soon".