Poco has confirmed that it has started working on its first non-smartphone product – a truly wireless earphones – expected to be launched earlier this year. 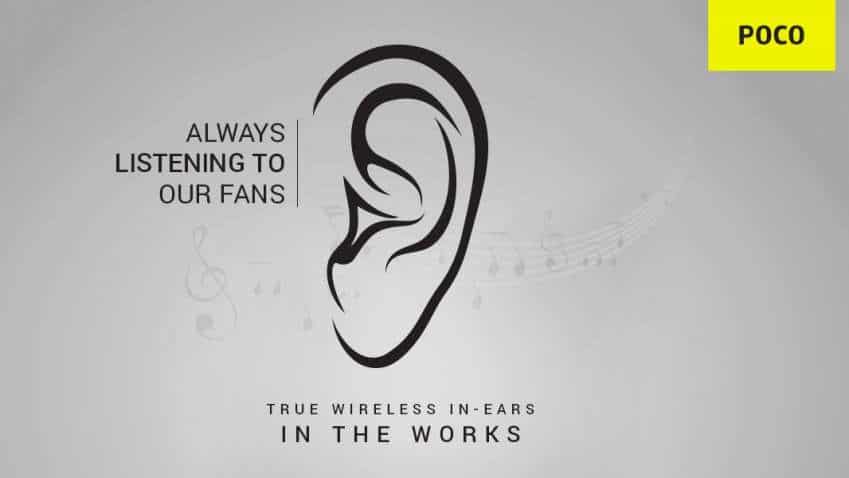 Poco has confirmed that it has started working on its first non-smartphone product – a truly wireless earphones – expected to be launched earlier this year. At the start of 2020, Poco split from Xiaomi and launched the Poco X2, its first smartphone as an independent brand. Now, it plans to enter new segments and take on competitors.

This comes a few days after POCO India GM, C Manmohan ran a poll on Twitter, asking fans about what product category they would want POCO to launch next. From among the four options (TWS earphones, Headphones, Fitness Wearable and Gamepad), TWS earphones saw the highest share of votes at 38.2%.

In an exclusive conversation with Zee Business, Manmohan explained that the ongoing lockdown allowed him to spend some time for introspection.

“I was having a call with my team and we were discussing if we should enter other categories as well. I remember you asking me if we will look beyond smartphones or not. So, we thought since everyone is home these days and spending time on social media, let’s ask them. That’s how we started the poll and people voted for TWS,” Manmohan explained.

“We said cool… let’s start working on TWS,” he added.

However, Manmohan said that the product will take a while before it is launched. The company hasn’t yet set a timeline on the launch of the product.

“Further information on POCO TWS will be shared at a later point,” it said in an official statement.

The Poco India General Manager did not rule out the possibility of entering other segments too. He said that for now the focus is on Poco X2 and TWS but if the fans want Poco to launch more products, it will.