People to watch out for: Tech changemakers for 2020

People to watch out for! 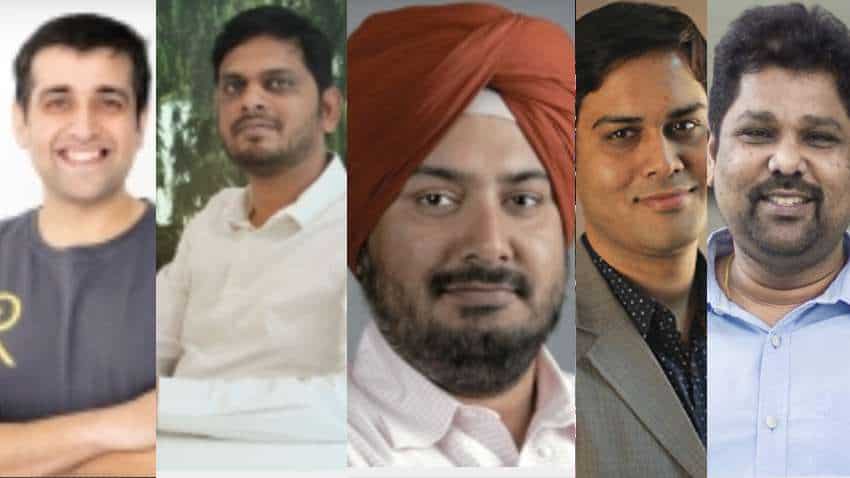 Cloud data protection and management company Druva, which started its journey in India in 2008 and has surpassed $100 million in annual recurring revenue (ARR), crossed $1 billion in valuation last year with over 4,000 customers globally on board.

Founded by CEO Jaspreet Singh and Milind Borate (co-founder and CTO) in Pune, Druva has nearly 500 employees in Pune out of over 800 globally. The entire R&D work is being done from India.

The firm has so far received $328 million in funding.

Singh's product vision allowed Druva to be one of the fastest-growing companies in the $28 billion data protection and management market.

His market and technology insights have created the first and only Cloud native, the Data Management-as-a-Service (DMaaS) company, delivering innovative technology solutions and distinctive consumption models that are disrupting the classic data protection market.

Prior to starting Druva, Singh held foundational roles at Veritas and Ensim Corp. Additionally, he holds multiple patents and has a BS in Computer Science from the Indian Institute of Technology, Guwahati.

"As others introduce solutions in the category we have pioneered, Druva is accelerating growth, expanding data protection capabilities and cementing ourselves as the clear category leader," said Singh.

From engineering major Larsen & Toubro (L&T) to professional services firm PwC India, Druva which now has its headquarters in Sunnyvale, California, has a large footprint in the new financial services sector in the country.

More than 600 customers rely on Druva to protect data centre workloads, a number that has grown by 70 per cent in a year. Over 800 customers are protecting their Cloud workloads (SaaS applications and AWS workloads) -- a figure that has almost doubled in the last 18 months.

Agri-tech startups in India received more than $248 million funding in the first half of 2019, a growth of 300 per cent as compared to the same period in the previous year, according to IT industry body Nasscom.

Growing at the rate of 25 per cent year-on-year, the country currently hosts more than 450 startups in the agritech sector, said the report titled "Agritech in India - Emerging Trends in 2019".

One shining example in this field is CropIn -- an agriculture technology solutions startup that is delivering future-ready farming solutions to the agricultural sector worldwide.

Thus far, CropIn has digitised over 5.5 million acres of farmland and enriched the lives of nearly 2.1 million farmers, while gathering data on 384 crops and 3,662 crop varieties in over 46 countries. The SaaS solutions offered by CropIn are crop and location-agnostic, which are available on the Web and for mobile devices.

The idea of providing Software-as-a-Service (SaaS)-based services to agribusinesses came to Krishna Kumar, Founder and CEO of CropIn, after observing the agrarian crisis looming large on the rural areas of Karnataka in 2010.

Taking a resolution on doing his bit to prevent farmers' suicide and avert the agrarian crisis, Kumar left his high-rising career at GE and set up CropIn Technology Solutions -- an agriculture technology solutions startup that would address several pain points of millions of farmers across the country.

"The world population is expected to cross the 10 billion-mark by the middle of the century and its combined impact with urbanisation and the rise of middle class is bound to create a higher demand for healthy, fairly produced and sustainable food, which would require the current produce to double by that time," said Kumar.

In a recent interaction with IANS, Kunal Prasad, co-founder and COO, CropIn, said that with capabilities of live reporting, analysis, interpretation and insight that span across geographies, the startup is digitising every farm, while data-managing the entire ecosystem.

"Our smarter agri solutions are powered in real-time for farmers to archive patterns, predict trends, and to make a blueprint for their business in the times to come," he said.

If one smartphone maker has stood out for its rapid growth in the Indian market this year, it has to be realme. Set up less than two years ago by its founder Sky Li and Madhav Sheth in India, realme is today India's fourth largest smartphone brand.

Born in Mumbai, Sheth did his MBA in finance and sales from Narsee Monjee Institute of Management Studies. In 2017, he joined OPPO as the Sales Director where he was majorly focusing on the expansion of offline sales management. On May 4, 2018, realme was officially established.

However, Sheth, who is very active on social media platforms, gives credit to his team and the growing user base for the rise of the brand.

After carving out a niche for itself in the India smarphone market, especially in the budget segment, Sheth is now focusing on building realme as a tech lifestyle brand.

"We are in line with our outlook of being a tech lifestyle company targeted towards the millennials," Sheth told IANS recently.

The company has already launched true wireless earphones for Android. It is now focusing on introducing Internet of Things (IoT)-based products this year which will include audio and wearables. In his #AskMadhav show on YouTube, Sheth last month hinted that the company is currently working on a fitness tracker in India.

A workaholic by nature, Sheth is also a bibliophile and can be seen playing squash in his spare time. Currently, he lives in Gurugram with his family.

Not many Indian startups have a global story to tell, but Cloud-based software company Freshworks with its roots in Chennai has evolved into a business valued at $3.7 billion with 12 global offices and a California-based headquarters.

Founded in October 2010 in Chennai as Freshdesk, Freshworks is backed by Accel, Tiger Global Management, CapitalG and Sequoia Capital India and employs over 2,500 people worldwide.

The company's Cloud-based suite is widely used by over 150,000 businesses around the world including the NHS, Honda, Rightmove, Hugo Boss, Citizens Advice, Toshiba and Cisco.

The company -- run by founder and CEO Girish Mathrubootham with major technical and sales operations in Chennai, Bengaluru and Hyderabad -- received series H funding of $150 million in November.

Prior to founding Freshworks, Mathrubootham was the VP of Product Management at ManageEngine, a division of Zoho Corp, where he was responsible for setting worldwide product strategy and overseeing product marketing, product management and customer support.

The Hyderabad office of Freshworks establishes a major product development centre for Freshworks, which immediately plans to scale operations and hire over a 100 engineers for the 15,000 sq ft office located in the financial district of Nanakramguda.

The company is now eyeing the 51 million-strong small and medium businesses (SMBs) in India to provide innovative customer engagement software to them.

According to Tejas Bhandarkar, Head of Product, Freshworks Platform, they started off with a focus on SMBs and startups and have not given up on them.

"As a Software-as-a-Service (SaaS) vendor, it is our job to empower companies of all sizes enjoy the benefits of an agile, scalable and seamless Cloud experience. We are here to democratise disruptive technologies for all, making it easy for teams to acquire, close and keep their customers for life," Bhandarkar told IANS recently.

Termed as a potential unicorn by Nasscom, fintech startup Lendingkart Technologies was co-founded by Harshvardhan Lunia in 2014 with the aim of transforming small business lending.

Lendingkart has developed technology tools based on Big Data analysis, which facilitates lenders in evaluating borrower's creditworthiness and providing other related services.

Before founding Lendingkart, Lunia spent more than 10 years working for major banks such as ICICI Bank, Standard Chartered Bank and HDFC Bank. An alumnus of Indian School of Business (ISB) at Hyderabad, Lunia, during his stint at HDFC Bank, was part of the team that started retail lending to small enterprises. In Standard Chartered Bank, he served as City Manager, SME Banking.

There he gained first-hand experience of lending to small enterprises across Gujarat in sectors like retail, apparels, jewellery, metals, ancillary industries and pharma.

As Relationship Manager, Investment & Corporate Banking, UK & Germany, at ICICI Bank, he was responsible for interacting with clients, understanding their requirements and structuring the deals, interacting with risk, credit, legal and operations and getting the deals executed.

After his stint at ICICI Bank that ended in December 2010, Lunia embarked on his entrepreneurial journey. Leaving a cushy job in London, he returned to his hometown Ahmedabad to start his own venture, Domestic Finance & Investment Private Limited, in the same year with the aim of designing and arranging innovative credit solutions for small & medium sized enterprises (SMEs) in India.

Thirty-eight-year-old Lunia is a Chartered Accountant.