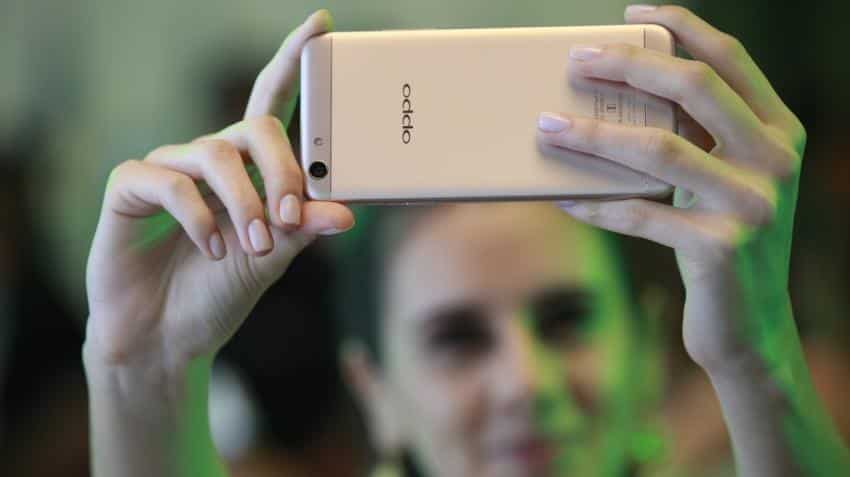 The new smartphone goes up against several others in the Rs 15,000 to Rs 25,000 category. Some of them include Moto G5 Plus, the Honor 6X, Lenovo Z2, Xiaomi Mi Max Prime and the Xiaomi Mi6.

Like all of Oppo's smartphones it is a camera phone and the key highlight of the F3 is the dual selfie cameras. One is a 16 megapixel for group selfies and the other is a 8 megapixel camera for single selfie, both attached in the front. It has a 'Group Selfie' mode too. The Oppo F3 has a 13 megapixel rear camera with LED flash.

The smartphone has a 5.5 inch full HD display with Corning Gorilla Glass 5 protection. It has enhanced screen visibility. It is powered by an octa-core MediaTek MT6750T SoC coupled with 4GB RAM.

The Oppo F3 comes with a 64GB internal storage with expandable memory via microSD card. The phone will also have dual-SIM slot as well. In terms of the battery it has a 3200mAh battery.

The Moto G5 Plus runs on Android 7.0 Nougat operating system. The Moto G5 and G5 Plus will also get Google Assistant, a feature which is exclusively available on Google Pixel and Pixel XL. It comes with the Snapdragon 625 processor and 3000mAh battery.

Like the Oppo F3, the Huawei Honor 6X is a dual camera phone, although it has both at the rear. The dual camera at the rear side of the phone includes 12 megapixel camera for composition of image and 2 MP camera to get depth of field information.

Xiaomi's Mi Max Prime is one of the best option and cost the same as the Oppo at Rs 19,999. It comes with a huge 6.44 inch IPS LCD display and has a 128GB internal storage. It comes with Snapdragon 652 quad-core 1.4GHz processor and has a 4GB RAM. However, it does not have a dual camera. It has a 16 megapixel rear camera and a 5 megapixel front selfie camera. It terms of the battery it comes with a massive 4850mAh battery.

Xiaomi also recently launched the Mi 6 in China recently and is expected to be launched in India soon. One of biggest highlights of Xiaomi's Mi 6 is that has the latest Snapdragon 835 processor makes it debut on the phone. The Snapdragon processor is a 64 bit octa-core CPU and has a speed of 2.45GHz.

The Mi 6 has includes dual rear cameras and a 6GB RAM. The Mi 6 has a 5.15 inch full HD display. Mi 6 also comes with dual speakers.