After disrupting the premium smartphone segment in India, OnePlus has entered a new segment here by launching its first-ever smart TV on Thursday evening. 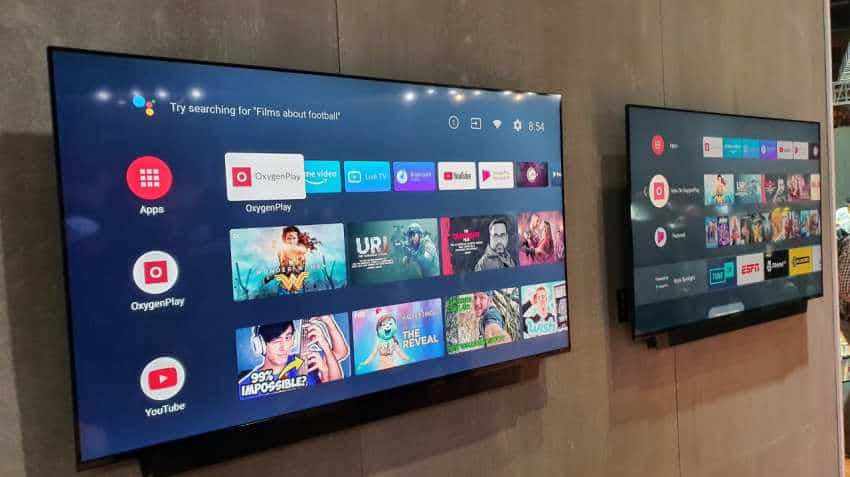 Ahead of the launch, OnePlus smart television was teased on several occasions by the company on its social media platforms.
Written By: Manas Tiwari
RELATED NEWS

AI can better identify your personality based on selfies

After disrupting the premium smartphone segment in India, OnePlus has entered a new segment here by launching its first-ever smart TV on Thursday evening. The TV was launched along with company's latest flagship level smartphone OnePlus 7T during an event in New Delhi. Ahead of the launch, the television was teased on several occasions by the company on its social media platforms. OnePlus had made it clear that its smart TV will not be priced as aggressively as Xiaomi products but will come at a more competitive rate than what is being offered by Samsung or Sony.

“We didn’t want to make an ordinary smart TV, we wanted to make a TV that would meet the highest standard in the industry, and one that would be a breakthrough in users’ home internet experience,” said OnePlus founder Pete Lau.

OnePlus TV will come in only one size in India and will go on sale starting September 29 as part of the Amazon Great Indian sale. The OnePlus TV price in India has been set at Rs 69,990. However, the company has launched a Pro model of the television which will come with a 50W in-built sounder that comes out of the television in 7.2 seconds.

OnePlus TV features a 55-inch QLED display and include Dolby Vision support. It will receive software updates for three years and comes with a smart remote control. The remote has a dedicated Google Assistant button. It will automatically change the volume levels when a phone call reaches a connected smartphone.

The TV will come with eight speakers with Dolby Atmos support, and a custom Gamma Color Magic processor. It also has Amazon Alexa integration.

AI can better identify your personality based on selfies